Satellina's premise is pretty simple: three different colored particles are on the screen. You can only touch the green ones, and not bump into either the red or yellow particles in order to avoid starting the level over. As the levels progress, the challenges come hurtling towards you at a faster pace. An easy concept, yes, but Satellina has a lot going for it.

Throughout the fifty levels (which are presented in ten five-leveled suites) your colorful task starts off at a snail's pace, with the ability to grab the green particles without hitting the others coming off as easy pickings. Using your finger to collect them, you just swipe away in the right pattern, being careful to not touch the other particles until they themselves turn into the safe color. On some occasions it was a bit tough trying to angle my swipes, as even the tiniest of delays in the game catching up to my movements can spell out level failure. 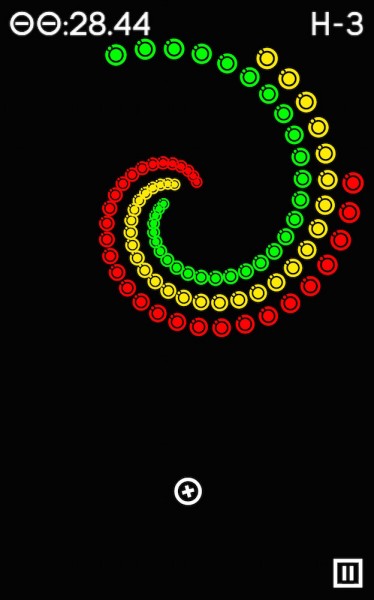 At around the fourth suite in Satellina the game ups the ante in the challenges. The particles start moving faster, safe-zoned patterns are harder to reach, and your moves need to be more precise in order to move on. It can get difficult in some areas, but not to the point where you'd want to fling your iPad out of a window. Rather, these challenges and failures feed your will to complete these levels, in a way that draws you deeper into its hypnotic gameplay and beautiful synth-pop soundtrack.

Satellina can be completed within an hour or two, depending on your reflex skills. While it does tend to leave you wanting more, these fifty levels are a value for its $1.99 price point. Not to mention, as soon as you finish the Grand Tour, a new icon appears that signals a question mark when you touch it, possibly meaning that new levels will be added within the game somewhere down the line. 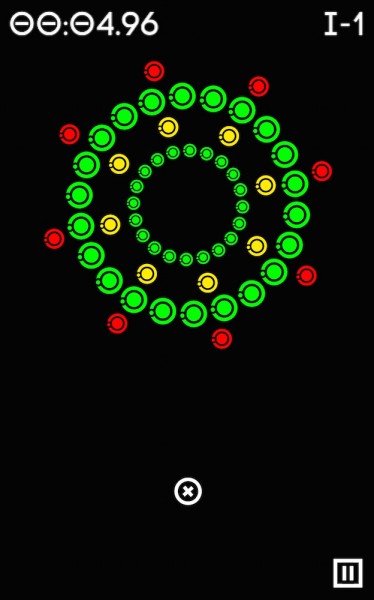 Satellina is a fun, addictive, and challenging puzzle game, one that can easily be played on the go and on some well-deserved downtime. While the amount of levels as of this review are slim, there are plenty of reasons why you should go back and beat your previous times (not to mention anyone else's on the leaderboard). If this is what Moon Kid can deliver for its first game, then I look forward to seeing what they have in store for us in the future.