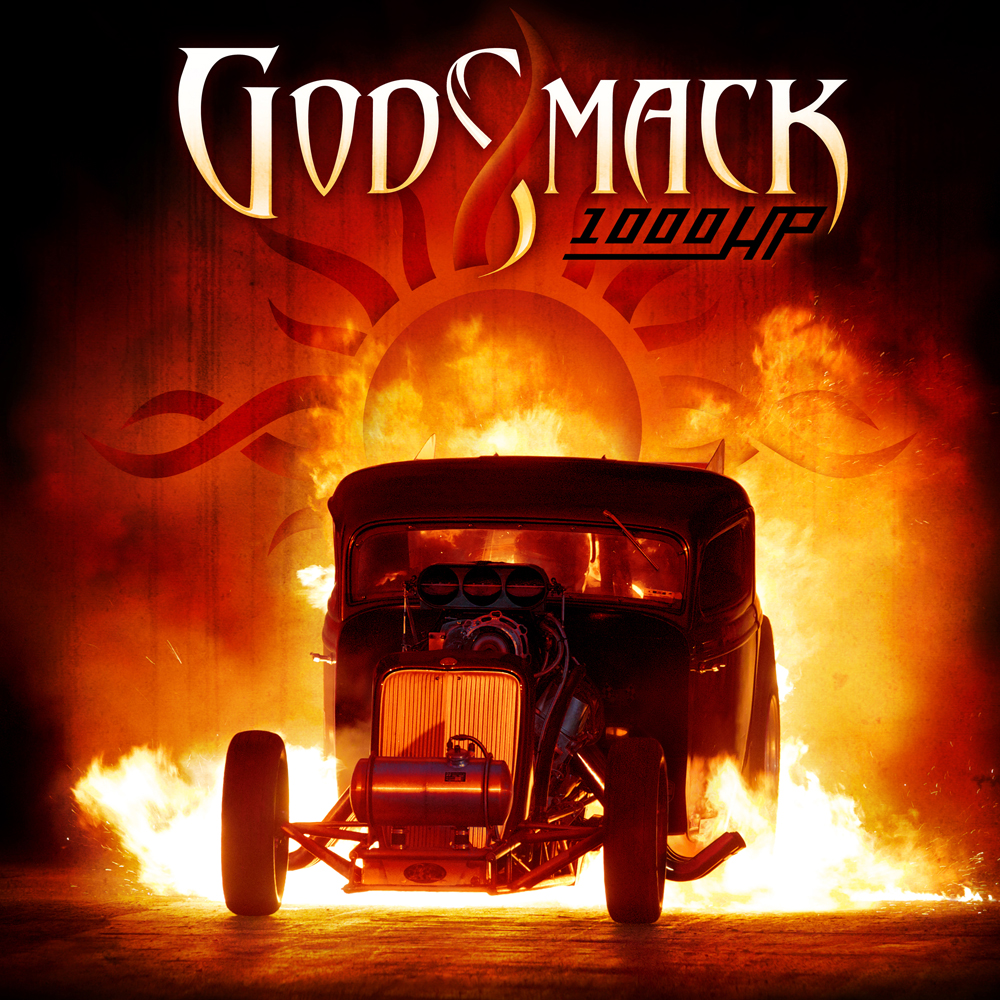 Sully Erna and company have held a special place in our Commonwealth. After all Godsmack's first three albums -- their 1998 self-titled debut, Awake, and Faceless -- are considered essentials for any metal fan. There have been speed bumps here and there, with fans wondering if the band would ever bring back its A-game. When Boston Mayor Martin J. Walsh declared it "Godsmack Day" yesterday, in correlation of the release of their newest album 1000hp, I was worried that the special occasion would only lead to another subpar release. Worry no longer, as 1000hp is an album that has Godsmack at their best, creating a sound that hasn't been heard from them in over a decade.

The album opens with the title track, a fast-paced heavy-hitter that just about keeps to its namesake. As the engines run hot, the band thinks back to their humble Boston beginnings as they evolved as a group. "FML" calls back to their first album, with Tony Rombola's heavy guitar, Robbie Merrill's booming bass, and Erna's roaring vocals. It's everything that makes Godsmack a band that stands out in the metal world, a trademark sound that automatically makes anyone hearing it recognize the band behind it. "Locked & Loaded," on the other hand, calls upon the spirit of Pantera and marches through the melody as it lays waste with brass knuckles and a flamethrower.

It's in "What's Next?" where Godsmack get into their element. Drummer Shannon Larkin pounds away as if a battle is waging on, with the rest of the band acting as a different superpower used to amplify the offensive maneuver. "Nothing Comes Easy," on the other hand, takes their heavy sound and lifts themselves over the turmoils in a similar vein to Ozzy Osbourne's slower tracks (albeit a little bit faster, though). A futuristic tone paves "Generation Day," and while it sets a similar action-movie trailer tone its instrumental bridge will bring to mind a certain Dark Side of the Moon track when first hearing it (somewhat similarly to what The Black Keys did earlier this year).

The album closer "Turning To Stone" gives off a strong grunge rock vibe, but at the time time revisits the tribal mentality heard in "Voodoo." It's the most mellow track on the album, but that doesn't mean it's not loud when it needs to be. It's the right song to end an album on, one that seals everything up nicely into a tight, metal package.

Godsmack recorded 1000hp in the Boston area, and is an album that our state can stand tall for, proudly proclaiming it was made in our turf. It's Sully and his crew returning back to form, bringing forth an album on-par with its 1998 debut. Metalheads rejoice: 1000hp is the record you've been waiting for all year, and certainly this year's biggest comeback.