HomeMusicFucked Up Carves Another Hot LP With "Glass Boys"

Fucked Up Carves Another Hot LP With "Glass Boys" 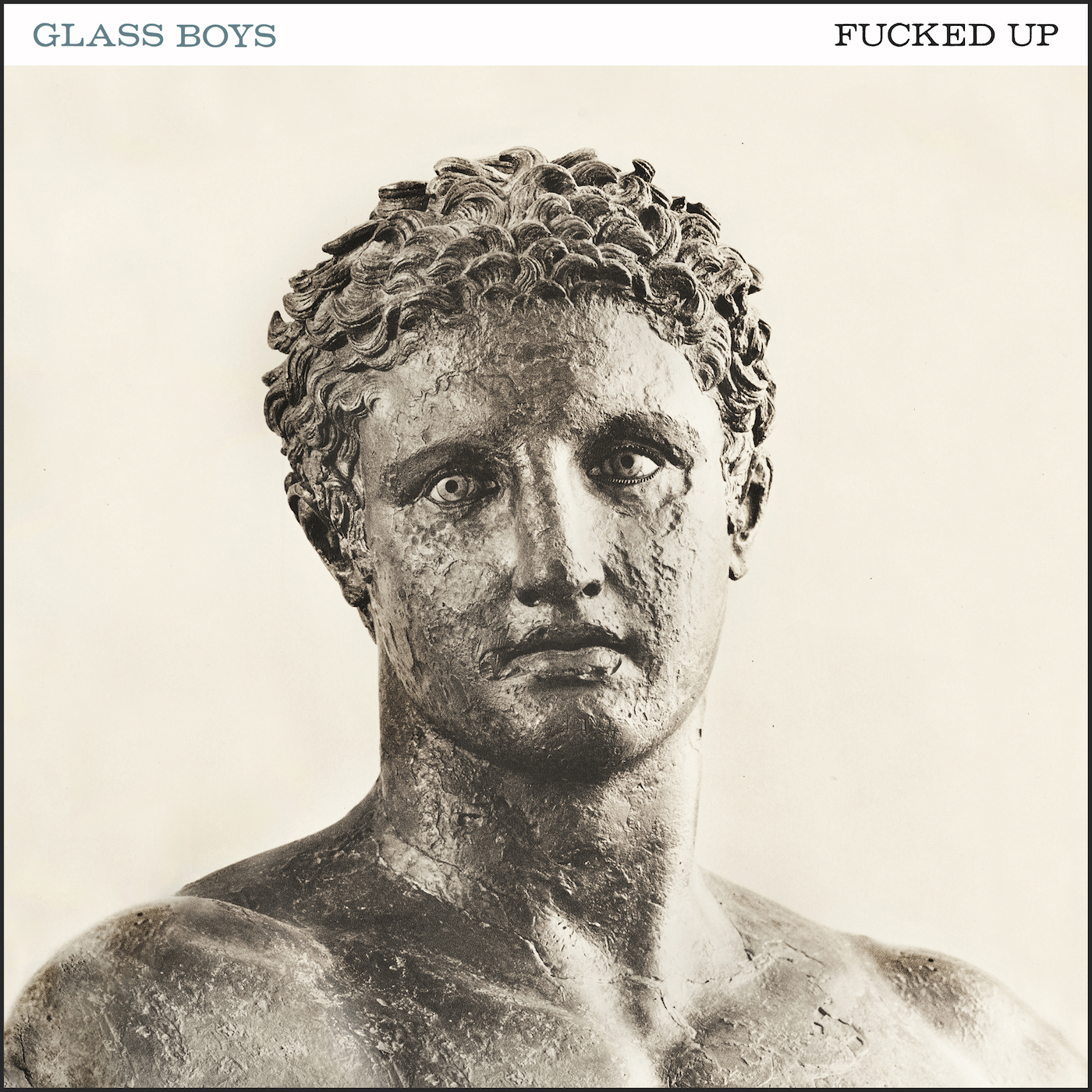 Fucked Up Carves Another Hot LP With "Glass Boys"

"Nothing sounds like the source," roars Damian Abraham, the first line you hear on Fucked Up's newest album Glass Boys. In a way he could be referring to the band. Since they dropped their first seven-inch back in 2002 Fucked Up has been dubbed heroes of punk and defiers of the labels that usually come with their genre. Releasing critically-acclaimed albums, cutting eighteen-minute tracks that never feel too drawn out, bringing about some of the wildest concerts ever staged, and reaching out to both fans and bands from all around the world the Canadian sextet have written themselves an impressive resume, nay, a lore that most bands would kill just to a have a mere footnote of. Does Glass Boys continue the band's streak of knockout punches?

The album starts off with the sounds of a toy piano, perhaps another first for the punk world the band can lay claim to. "Echo Boomer" tears at a band wanting to move on, yet at the same time wanting to peer at the past to see how they came to be where they're at today. It's a reflection of what's to be expected compared to what they really want to achieve, something that not many artists are brave enough to admit. "Touch The Stone" opens their eyes to the realization of what they've become, and what they represent to those who listen in. "Notes and chords are my mother. I can hear god hum another," shouts Abraham as Jonah Falco smashes into his drum kit, like a heart pounding with passion. "The Art of Patrons," meanwhile, is building up to be the new crowd-favorite, thanks to its poppy vibe and sing-along lyrics. You can already hear the crowd chanting, "It's the privilege of mass delusion."

"Warm Change," the album's best track, is a merry-go-round of melodies and metaphors that spell out how one may sell their soul for money they may never even see. It also may lay claim to the finest guitar solo to blare out of your speakers, one that's reminiscent of Cream-era Eric Clapton or Santana at Woodstock. Meanwhile "Paper the House" is a look at a band who fears they may have overstayed their welcome. It brings to mind the song "Tattoos Fade" by the World/Inferno Friendship Society, only instead of a fan the focus is on the artists themselves. Taking more of a bloodthirsty butchers route "Led By Hand" grabs hold of the listener and takes them on a journey that'll surely open their eyes to the beautiful world surrounding them. (Considering the passing of Hideki Yoshimura last year this was a kind of song I thought I'd never hear again, but am grateful that others can bring its sound back to life.)

However there's something about Glass Boys that seems, well, off. Whenever I put on a Fucked Up album from years past I can't help but feel like I'm being pulled in for the ride of my life as soon as the first minute has passed. The new album doesn't drag me in; rather it lets me walk through the doorway, takes my coat, and tells me to make myself comfortable. It's quite weird to describe, but it's as if Glass Boys wants me to take my time, whereas whenever I put on Hidden World it sends me flying without knowing if I'd make it out alive. It's that degree of excitement that seems to lacking here in Glass Boys, although the album does showcase many other ways to give its listeners goosebumps.

For an extra experience those who have bought the deluxe edition of the album get treated with a version featuring different drum parts recorded by Falco. At times the songs come off more like psychedelic arena rock, especially "Warm Change" and "Sun Glass," but in others they sound more incomplete rather than an alternate take. It's a cool experiment, but like most studies it has its trials and errors.

Glass Boys may not be the jaw dropper that David Comes To Life and The Chemistry of Common Life were, but it does show Fucked Up as a more mature, happier band. When you've been around and seen as much as these guys it's apparent that being able to put out an album that leaves a smile on both the band's and the listener's faces is what matters most. I can name plenty of other bands that fail to achieve such a goal, and from the way things look it'll be a cold day in Hell before Fucked Up stops dishing out such joy. Glass Boys is not their best work, but it's still a triumph for our current music landscape.