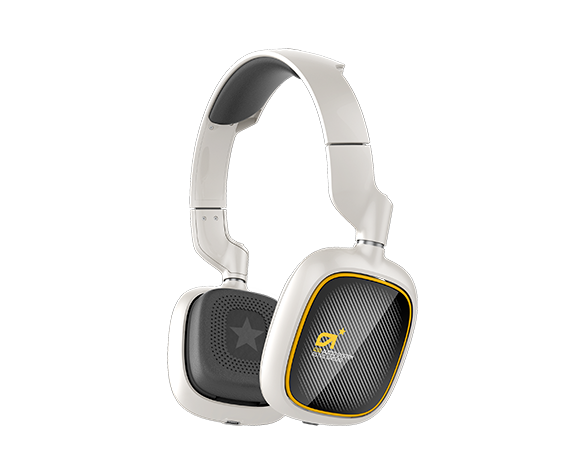 Like most people whenever I use a headset for music or video gaming I want to make sure that not only does the sound come in crystal clear, but that they keep my ears comfortable for the entire duration of their use. Sometimes I find myself sacrificing one side for the other, whether they're headsets that sound great but feel uncomfortable or ones that feel great but sound terrible. In the rarest occasions these two attributes meet in near-perfect harmony. (The Kingston HyperX Cloud comes to mind.) ASTRO Gaming, one of the most popular headset brands in the pro gaming and prosumer demographics, may have finally cracked the comfortability/audibility coding, and are about to release their latest gadget to the world: the ASTRO A38 Headset.

When first revealed to me by ASTRO's Digital Marketing Manager Thadeous Cooper I'll admit I looked at its design in a questionable state. The term "noise-cancelling" comes to mind for headsets that cup the ears entirely, as if they appear to block out all sound and not just a good chunk of it. With the A38 the ear coupling appear like square cushions or -- as weird as this sounds -- tiny black pillows. Initially I thought it would be impossible to block out sound while keeping your ears out in the open, and I would've stayed thinking that way if I wasn't given a demonstration. 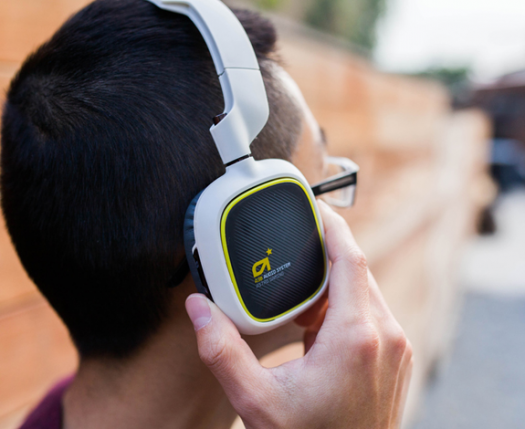 As soon as I placed the A38 onto my head a huge majority of the chatter I was hearing in the meeting room became muffled, blocking out a huge chunk of distractions that could hinder one's concentration while listening to music or playing a video game. Most importantly the headset felt extremely comfortable to wear, both on the ears and on your head, as if they were cushioning me instead of pushing down. Once I pressed play on the tablet whatever remaining outside noise was instantly drowned out. The bass was booming, and the music was coming in clear as glass.

The ASTRO A38 connects wirelessly via Bluetooth, meaning that any mobile, tablet, or PC device with that technology should be able to use them no problem. That also means no worrying about wires hanging down that could accidentally get tangled as you walk and having them be pulled out of your ear. (I'm speaking from experience, of course.) After a five-hour charge the headset then can be used for 20 hours of music-listening or 15 hours of talking. It also has a pick-up range of 50 feet, meaning those with a good-sized home can do chores and other tasks on the go without worrying about distortion. The only real downside is that the A38 is not built for console gaming, but it will work near-flawlessly with any of your mobile gaming library. 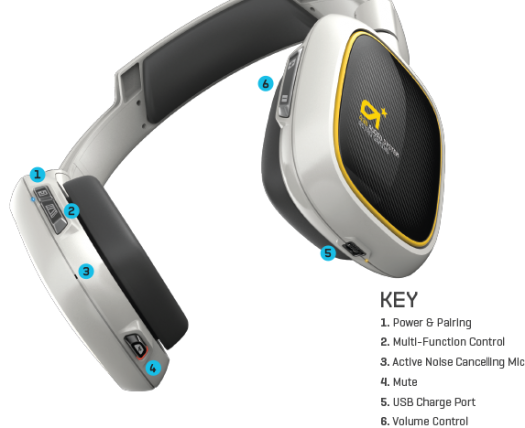 How ASTRO came to make the A38 the way it is now is all thanks to a beta program they implemented. Almost 1,800 people bought an early version of the headset, and then reported back with their pros and cons of how it was turning out. From there ASTRO started making the right changes to the headset: a micro USB port instead of a mini for charging, better volume, an auto-shut off timer that works at a medium pace instead of lightning-fast, and an internal microphone that cancels out the noise around you as you speak. The end result may very well be the best headset any consumer can get their ears around.

While no firm date has been set the ASTRO A38 Bluetooth Headset is due for release later next month with a $229.99 price tag. For more information be sure to visit the official ASTRO Gaming website.