When it comes to horror video games I have a strong love/hate relationship while playing them. I know that they're all make believe, and I am perfectly safe sitting on my couch as I tread through. Sometimes, though, a good horror video game can make you forget that you are playing a video game, giving you real frights that leave your heart racing and your ass flying off your seat. Titles like the Amnesia series, Slender, and last year's Outlast showcased how to make a proper survival horror, although they perhaps did too good of a job considering I gave up an hour into them because I got scared out of my wits.  Does Zombie Studios' Daylight do the same?

Daylight has you take control of Sarah, who wakes up in an abandoned hospital with no memory of how she got there. Armed with just her phone for illumination Sarah must find her way around the hospital and the connected prison as she tries to solve the mysteries behind her surroundings. By searching for old notes from the hospital (labeled as "remnants" in the game) you'll discover the connection between Sarah and the hospital, and why the things that go bump in the night are trying to bump back. 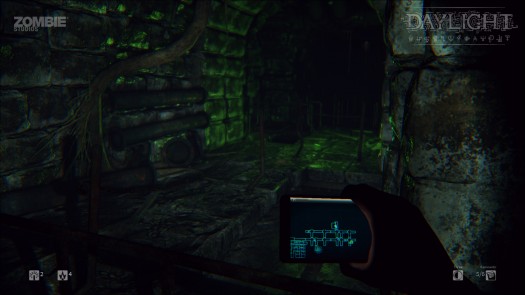 You are given no weaponry of any sort to defend yourself, but in order to ward off spirits temporarily you can find flares that'll frighten the spooks off. Clues are hidden in the dark, which is where your supply of glow sticks will come in handy. The only downside is that you can only carry four of each, meaning that you'll find yourself backtracking on many occasions trying to find extra ones when you run out. With that said I spent a good chunk of the game not using the glow sticks and instead went with gaming intuition. Yes, it did lead me to some dead ends, but better that than using up your supply during the most useless of moments.

Like Slender you spend your time trying to find pieces these remnants, and the more you collect the more the feeling that you're being followed fills your gut. (A hint of things that may jump out appears when your phone out of the blue starts to fritz out.) When they do pop out they can be frightening, especially if you don't have the flares to defend yourself. It's hard to judge when they do appear, though, as the screams of horror that fill your speakers can build up to nothing. With that said Daylight knows how to keep you on your toes throughout its duration. 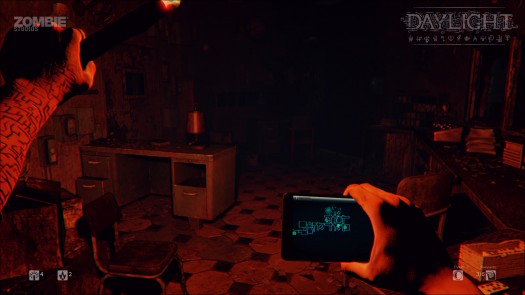 Zombie Studios decided upon a random generator for its gaming setup, meaning that every time you play -- and every time you die -- the level setup and remnant placement will change. This means that no two gaming experiences will be alike, which is to say you can't watch or read through a walkthrough to figure out where everything is if you find yourself stuck. It's a gaming aspect that works well for the horror genre, as it leads players to not know when the scares are about to happen, and for the most part they get it right in Daylight.

However the checkpoint system that's been placed in the game does no favors for players. Case in point I had collected the next six remnants and had grabbed the sigil to unlock the next area of the game. Since you cannot draw your flares or glow sticks when holding a sigil there is no way to defend yourself if a spirit attacks...which one did and killed me in the process. When Sarah came to again the room had regenerated, the sigil was gone, and I was forced to find the six remnants again. As I had spent nearly half an hour trying to find these other remnants, the fact that I had to replay those last thirty minutes really irked me to no end. 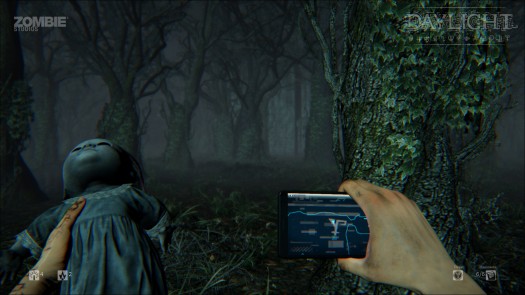 For a game that's built on the Unreal Engine 4 Daylight can seem pretty bare bones at times. Hand and body textures look more like a step backward than a leap forward in the realism department, and with one of your hands being seen almost at all times it tends to rub that quality in your face. The worlds around you have gotten the dusty aspect of an abandoned building down right, but as it's a randomly-generated world a lot of times the rooms can look very similar to one another.

The music and sound effects know how to keep the chill factor going in the game, as every step you take feels like it's your last once those ominous sounds start to blare through the speaker. Sadly the same cannot be said about the voice acting, especially for whomever is playing Sarah. Every time she opened her mouth and said such quips as "What was that?!" or "Is anyone here?" it took me out of the gaming experience. The same can be said about the mysterious voice, which sounds like way too many other madmen heard in horror games past (especially SEGA's Rise of Nightmares). A shame, considering gaming journalist Jessica Chobit did a fine job with writing the story aspect of the game, although it does get a tad predictable halfway through. 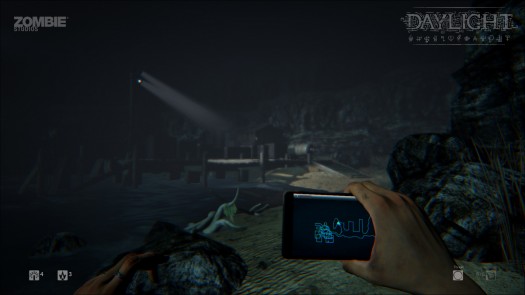 Since the game runs on a randomly generated pattern the replay value of Daylight will depend on what sort of gamer you are. If you are one that is always up for a new experience every time you press start then you will probably find that this game may be up your alley. However those who are down with doing speed runs of the game may find the challenge a bit too much for them.

For what it's worth Daylight knows how to get the scares going, especially when it comes to its haunting sounds and dark areas. However the under-par graphics and the poor voice acting can sometimes take you out of the experience overall, and that happens on many occasions. If you wanna be frightened then give Daylight a run-through, but if you want a horror game that has a shining presentation then you may want to stick with Outlast.

No Borders No Race: Episode Go-Juu