HomeVideo GamesRevving Up With Laughs And Excitement in "LocoCycle"

Revving Up With Laughs And Excitement in "LocoCycle" 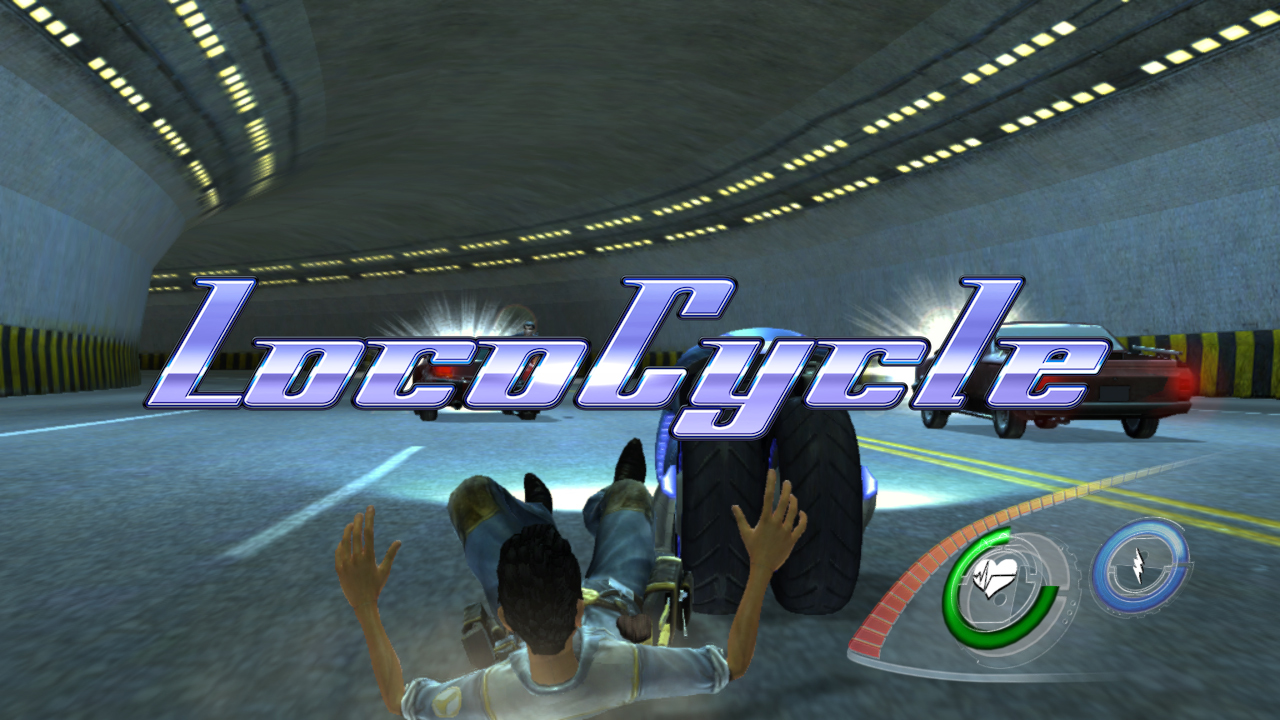 Revving Up With Laughs And Excitement in "LocoCycle"

If there's one thing I can always count on Twisted Pixel to do, it's to make a video game that leaves a massive smile on my face. Since the days of The Maw the Austin-based developers have made waves with creating gaming experiences that were filled with as much fun as there are laughs. Their latest foray, LocoCycle, is no exception.

LocoCycle follows I.R.I.S. (Lisa Foiles), an artificially intelligence motorcycle who is struck by lightning, and sets out to a small town in Indiana to attend a biker freedom rally with her mechanic Pablo (Freddy Rodriguez) stuck to her. Along the way the unlikely duo must face off against Big Arms' goons, renegade riders, and an opposing AI motorcycle named S.P.I.K.E. (Robert Patrick). As you ride, swim, and fly through the purple mountains majesty of America to your destination I.R.I.S. and Pablo must use speed and muscle in ways you've never seen a motorcycle make a name for herself.

It's a tad hard to put into words what kind of game LocoCycle is. Part Road Rash, part Asura's Wrath, and another part SpyHunter with a Zucker Brothers-like script Twisted Pixel's latest is nothing like they've ever made before. It's fast-paced, action-packed, and doesn't leave a single shroud of dullness within its body frame. Oh yeah, and it's loads of fun.

LocoCycle mixes up its gameplay styles throughout its levels. One second you are speeding along the road avoiding debris and running over agents, and the next you are going bare-knuckle (or is that bare-wheeled) with the likes of mech pilots and scientists in electric hamster wheels. There are also some Quick Time Events thrown in for good measure, showcasing some of the more epic finishing attacks. Usually these QTEs game can get tedious fast, but thanks to the variety of gameplay mechanics these styles will transition on the fly, a nice change of pace for once in the genre. At the end of each level you can then upgrade I.R.I.S. with better moves, weapons, and stamina with the points you earned.

Control-wise it's fairly easy to jump into this game. Not having to worry about accelerating you can focus your eyes and fingers on the road ahead, from using the power boost at the right moment and aiming your guns at enemy vehicles. In fight mode it's all about button-mashing, which can lead to sore fingers and high combos. Time your strikes right, and you can evade an enemy blow and have it work against them. Pablo will also be used as a weapon, whether as a bludgeoning tool or a screaming boomerang, the latter of which is surprisingly easy to control.

As with all Twisted Pixel games LocoCycle brings forth a large dose of humor for your funny bone, and the jokes work wonders. How I.R.I.S. believes Pablo's Spanish cries of help are simply buddy-cop quips never gets old, and the movie quotes she spots are more silly than simply throw-away references. (Not gonna lie: the mention of the film Ski School had me do a double-take.) The funniest moments come in the form of the live-action segments, where Lloyd Kaufman plays a Russian leader, James Gunn is a weapons dealer, and S.P.I.K.E. is seen eating an ice cream cone. I honestly don't know how Robert Patrick was able to keep it serious in the recording booth, but major props must go to him. The real star, though, is Freddy Rodriguez, who takes his poor patsy Pablo and makes him the most relatable and funny character in the bunch.

As I've only played the Xbox 360 version of the game I cannot really compare the graphics to the Xbox One edition. What I can say is the cartoonish appearance of the characters and worlds mesh well with the game's story and script. While they're not the best-looking graphics seen on the Xbox 360 the Beard engine does a fair job with the game it presents. It's also weird hearing a Twisted Pixel game with a beautifully-orchestrated soundtrack, but for the action-packed insanity LocoCycle has it's greatly fitting. Chainsaw has gone a long way from his ukulele-strumming days to be able to create some heavy-hitting symphony pieces. From the heroic entrances to the heavy boss battles the game's musical score is the toothpick that holds together the grilled cheese sandwich that is this game (although I will admit I kinda missed hearing a silly song about a crazy bike on his tiny-stringed instrument).

Not everything flows perfectly with LocoCycle, though. As mentioned before trying to get massive combos in the game will do a number on your fingers, to the point where you may need to stop playing the game until the pain goes away. There are also the checkpoints in the game, as there aren't enough in the later levels. In one instance I was chasing down a massive train, and near the last past of the segment I.R.I.S. was destroyed, forcing me to start right from the beginning again. As I had built up a massively-large combo during that run, you can bet it left me frustrating and with sore hands.

LocoCycle will take you roughly 7-8 hours to complete, a good amount of time for an XBLA title like this. While there isn't much replay value you can always go back and replay completed levels with better arsenal with the hopes of getting a better high score in the end. There's also The Garage, where you can unlock concept art, videos, pictures, and music from the game with the points you've earned in the game (two pics of which may be hinting at a future Twisted Pixel game). It should also be noted that the main game mode is labeled as "Single Player," so whether or not a multiplayer mode will be added later on remains to be seen.

While it may not be as memorable as 'Splosion Man Twisted Pixel's latest title is another fine reason why they're one of the best developers out there. With its silly script, great acting (both live-action and vocal-wise), and action-packed gameplay LocoCycle is the kind of game that will easily turn anyone's frown upside-down.