HomeVideo GamesNaughty Dog Captivates With "The Last of Us"

Naughty Dog Captivates With "The Last of Us" 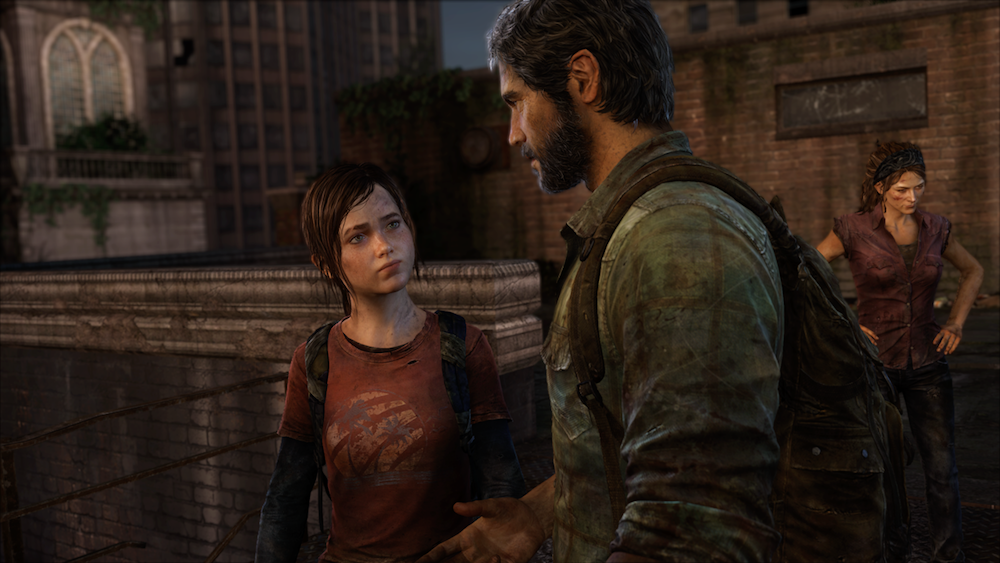 Naughty Dog Captivates With "The Last of Us"

As the end credits rolled during The Last of Us, I was left bewildered by the events that transpired throughout the game. The gun battles, those tough choices, the bonding between Joel and Ellie, and the heart-stopping moments where one wrong move would lead to my demise. For it to end the way it did, was the journey of these two characters truly worth it?

For that answer, you must ask yourself another, much tougher question: if you were in their situation, would you do the same thing? 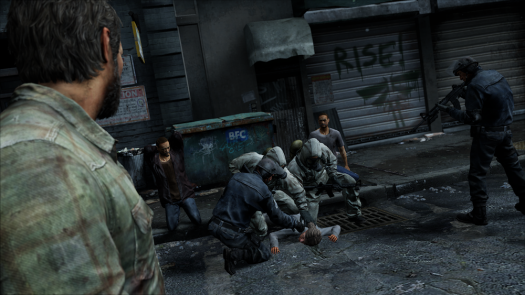 The Last of Us takes place twenty years after an infection has started to spread. Almost all of civilization has been destroyed, with no cure in sight...until now. Joel, whose daughter was killed senselessly by a soldier, comes across Ellie, a young girl who was bitten by an Infected, but is immune to the disease. Marlene, leader of a resistance known as the Fireflies, tells Joel to take Ellie to her team's headquarters, where her immunity can be studied to find a vaccine and rid the world of this disease.

As you travel through the country, you find survivors that are just doing everything they can to live, including using tactics that are morally wrong. Some kill others for their supplies, while a specific few kill people for their meat. It's in this aspect where the game tries to point out which of the two are the real monsters: the Infected or the survivors blinded by the will to survive by any means necessary. 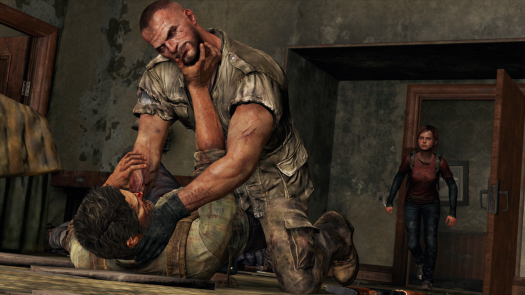 Most of my time with The Last of Us I found myself battling more regular human beings than the Infected; in fact I found myself killing more humans than Infected in the long run, as the Clickers (as they are also called) can be avoided by moving as slow as possible. (The only time I really had to kill an Infected is if they were either a Screamer or one of those badly mutated ones that shoots spores at you.)

In order to survive, you must learn how to fend off any sort of attack, which this game does a great job at teaching throughout the single-player experience. You can go in all guns blazing, or try your best at attacking in stealth mode. If your ammo is low, then it is best to go with the latter. You can collect weapons, ammo, and even objects that you can throw to distract others and try to either attack from behind or sneak around. 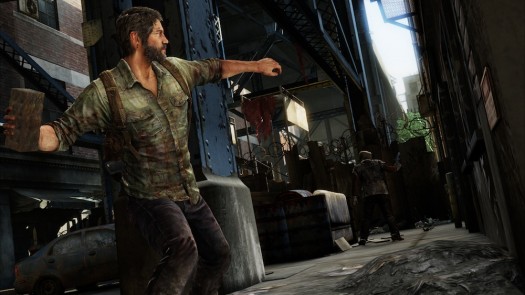 As you play you can also collect items that can be used to make shivs, first aid kits, Molotov cocktails, and even upgrade melee weapons. Finding enough pills can also level up your abilities, such as expanding your hearing to see where enemies lie and the ability to craft items faster. Cogs found lying around can give your weapons an extra boost, which can include a higher ammo capacity, quicker reloads, and stronger bullets & arrows.

Controlling The Last of Us feels natural, thanks to a good layout on the Dualshocker 3 controller. Switching weapons is a breeze, what with the ability to quickly access your guns and ammunition when your current piece is almost empty. Running and jumping through the country is fairly easy, especially when needing to run away from survivors wanting your head. The only control aspect I found a tad useless was the ability to switch the position of your aiming, as I found myself doing that only once during my entire playthrough. (Thinking back, though, I maybe should've done that more.) 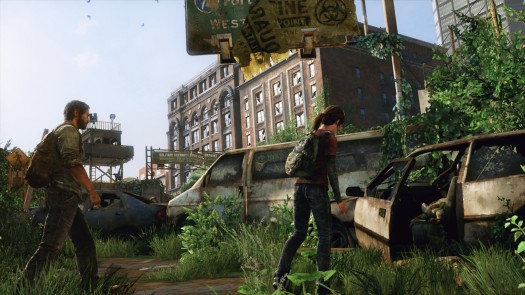 The worlds and characters in The Last of Us are a beauty to behold. From the emotional aspects of Joey and Ellie and the smooth animations of the animals around to the trees and waterfalls in the countryside there is not a single moment in this game that wasn't breathtaking. Think of this game as a bit of a sneak preview of what's to come for the PS4, as the folks at Naughty Dog really pushed their gaming engine to the extreme for this title.

That being said there were some weird hiccups I kept finding throughout the game, something that I came across when playing Uncharted 3: Drake's Deception. Backgrounds would take some time to render in later levels; weird glitches would appear on the floor; Joel would somehow find the ability to grab objects through a wall; there were even some strange character twitches that would occur when killing another character. All of these can be fixed with a couple patches, but odds of this happening when the end of PS3 is coming near are somewhat slim. 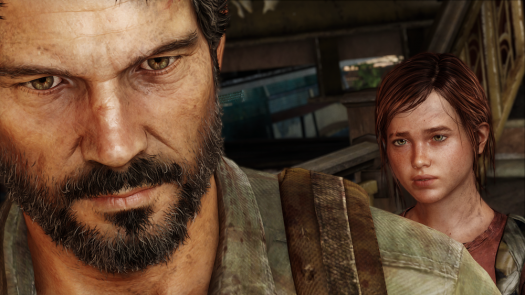 Troy Baker's Joel and Ashley Johnson's Ellie are two of the most down-to-earth realistic portrayals of humans in a time of need ever to come across in gaming, perhaps the finest since Quantic Dream's Heavy Rain. The way they bond, fight, protect one another, and keep pushing one another towards their goal showcases what human emotion should be like in video games. Academy Award-winner Gustavo Santaolalla's score captures the haunting scenario happening on-screen, even with the most simple of guitar-playing. It's sad, foreboding, and leaves little room for hope in a world that's been rotted away.

The Last of Us will take you roughly thirteen hours on Easy mode. Once beaten you will be given the chance to play with the New Game+ mode with all the upgrades you've earned the previous time, but in all honesty that takes away some of the survival aspects from the first play-through. 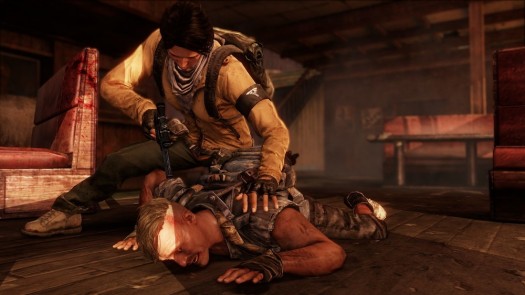 The game also features an online multiplayer section known as Factions. It has its own storyline, where you must pick to be either on the side of the Fireflies or the Hunters, and try your best to survive without being wiped out. Currently the multiplayer mode has two different styles: Supply Raid (a fancy way of saying Team Deathmatch) and Survivors (only one life per player, where you stay dead if you are taken out), with more promised to be added later on via DLC. It has its fun moments, but it's only best to play with people you're familiar with. (Let's just say my time with the multiplayer was a harsh reminder of why I don't like playing with strangers.)

Naughty Dog has proven once more why their games are worth all that hype. The Last of Us is the type of title that, like BioShock Infinite and this year's Tomb Raider reboot, can prove that games can have more emotion, better story-driven characters, and stronger performances than even your average Hollywood film. While The Last of Us may not be PS3's swan song, it's definitely one of the best games to ever come out on the console.