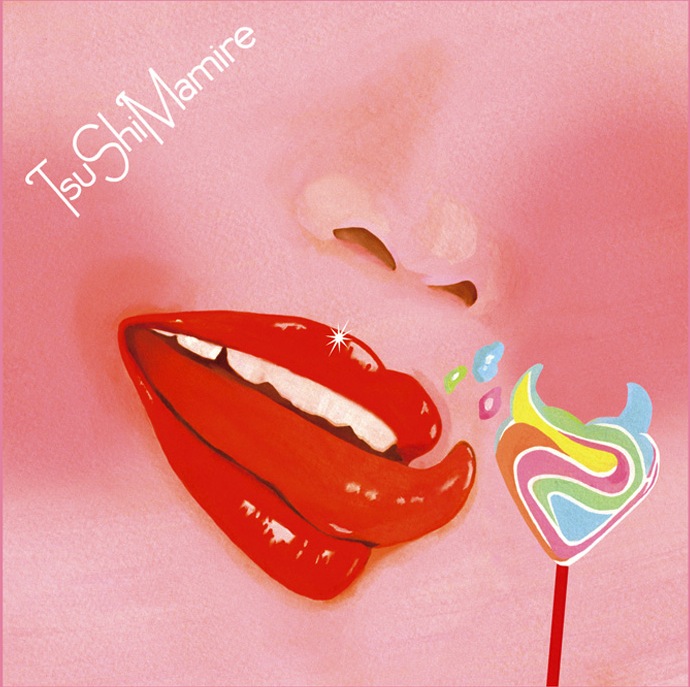 It's getting to the point where I really don't need to say much to convince people to buy a new album from Japanese punk rockers TsuShiMaMiRe. Their track record truly speaks for themselves, as they've released nothing but great, rocking music that -- while, at times, weird -- is enjoyable down to the last chord. With last year's alien concept album Shocking the all-girl trio from Chiba have shown that they've managed to create enough stellar releases that will stand the test of time. TsuShiMaMiRe have nothing left to prove their mainstay; they've done it all and given 110% on every recording, and are welcome to take a much-deserving break to relax.

Apparently the band didn't get that vacation memo, so here we are over a year later with a new, self-titled release from Japan's hardest-working punk band.

TsuShiMaMiRe's trademark sound is still intact, as evident by the opener "Dream of Love," filled with Mari's adorable vocals and surf guitar skills, Yayoi's powerful bass, and Mizue's slamming drums. Of course, knowing the band, that "adorableness" is just a cover to trick newcomers to the band's giddy-filled wickedness. "Start" has the vocalist hypnotize the listener until the proper moment to strike with a hardcore tone. The same tactic be found in "Jaguar," where the band swoons like a mourning dove, only to bite off heads like they're a gang of unruly praying mantises. It's a ploy that made TsuShiMaMiRe unique in the first place, and it has yet to get old.

The band still knows how to have fun, and with "Escape Journey in My Brain" they've composed a track that captures the spirit of 1960s go-go rock. It's not the first time they've tried recreating the sound, but with the rock organ and poppy tambourine they may have just found the right formula to make this sort of music relevant again. A song like "Inari Shrine Ginger Ale" is perfect for those hot, summer rides to the beach, where the convertible top is down and the carefree mood is in full swing.

Wearing influences on sleeves isn't something the band usually does, so it was surprising to hear something like "Spinning," which plays like a lost track from The 5.6.7.8's. The bomp-bomp-bomp attitude is in full swing, with a Hawaiian vibe that will help your hips shake as you hear the bongos in the background. "LIE EIL EIL" harkens to Frank Zappa's experimental looniness, one that hopes to drag all who hear it into the madness they've created. Even I don't quite understand what's happening here, but it still draws me in every time I listen.

"No Punk" ends the album with a level of anticipation. It starts off slow, with a simple guitar & bass riff with a drum tapping in the background. Mari coos her way through, as if she is speaking into your ear. Suddenly the song explodes with the sound of cymbals and organ-playing, only to return to its coy opening. The ladies are ready to pounce once more, but they are going to make us wait for their next move.

TsuShiMaMiRe didn't need to make a new album this year, but we are still glad they did. With the way they ended this one, no doubt fans new and old will wait patiently for what they've got next up their sleeves.

Tsushimamire is now available on Amazon.com.

No Borders No Race: Episode Juu-Yo...