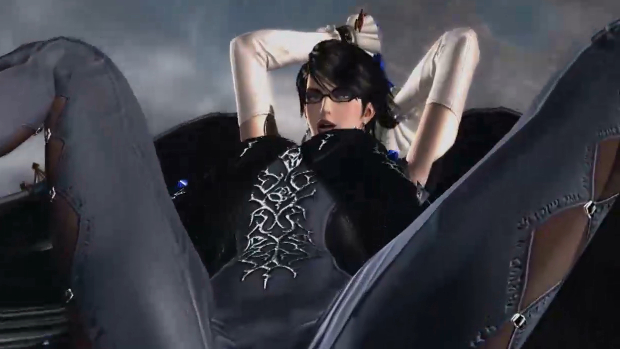 When word got out that Nintendo got the exclusive license for Platinum Games' Bayonetta 2 the Internet roared with a mix of love and jealous hate for the Big N. At E3 this year gamers were given a taste of what they are to expect when this monster finally unleashes itself to the world. Prepare to wipe the drool off your mouth, because Bayonetta 2 is sheer badass.

Before I began I was given the option to play either with the classic control style or try it with the touchscreen. Seeing as everyone was trying it out old-school styled I figured I would give the Gamepad screen a try. The controls are simple: tap to run or attack, swipe left or right to evade, and swipe up to jump. You can also access weapon changes, items, and unleash punishments and super moves with a tap of the screen. 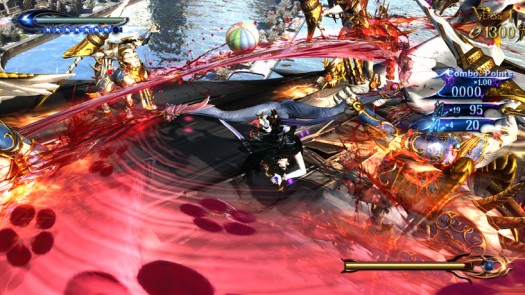 With this control option I wound up spending most of my time looking down at the screen than the TV, which considering the action is happening on the screen as well is not such a big deal. That said playing with this option may be better suited if you can't play the game with the regular TV on. Also I felt my wrists tire out since I had to hold the Gamepad with only one hand, so it would be smart to play it sitting down.

Now what about the action itself? Well there were plenty of melee slashings and shootings, some awesome-looking limb-tearings, and some jaw-dropping boss battles. New to Bayonetta 2 are Umbral Climaxes, which are super-powered melee attacks that can cause some serious damage. Our heroine still looks sexy as ever, albeit with a shorter haircut, and her friend Jeanne comes in as a perfect companion during one of the boss battles. Graphically the game looks better than its Xbox 360/PS3 predecessor, but I can still tell there was some work to do in the rendering department.

The final boss battle had you using your wings to take on Gomorrah, a massive beast who has taken Jeanne's soul hostage. It's here where the mechanics of the game -- even with touchscreen controls -- showed its true power. Evading, attacking, and unleashing your final Climax looks and feels better than the first Bayonetta.

Trust me: what true power the Wii U has will be revealed when Bayonetta 2 hits store shelves in 2014. Don't be surprised if it becomes one of Wii U's biggest system-sellers.