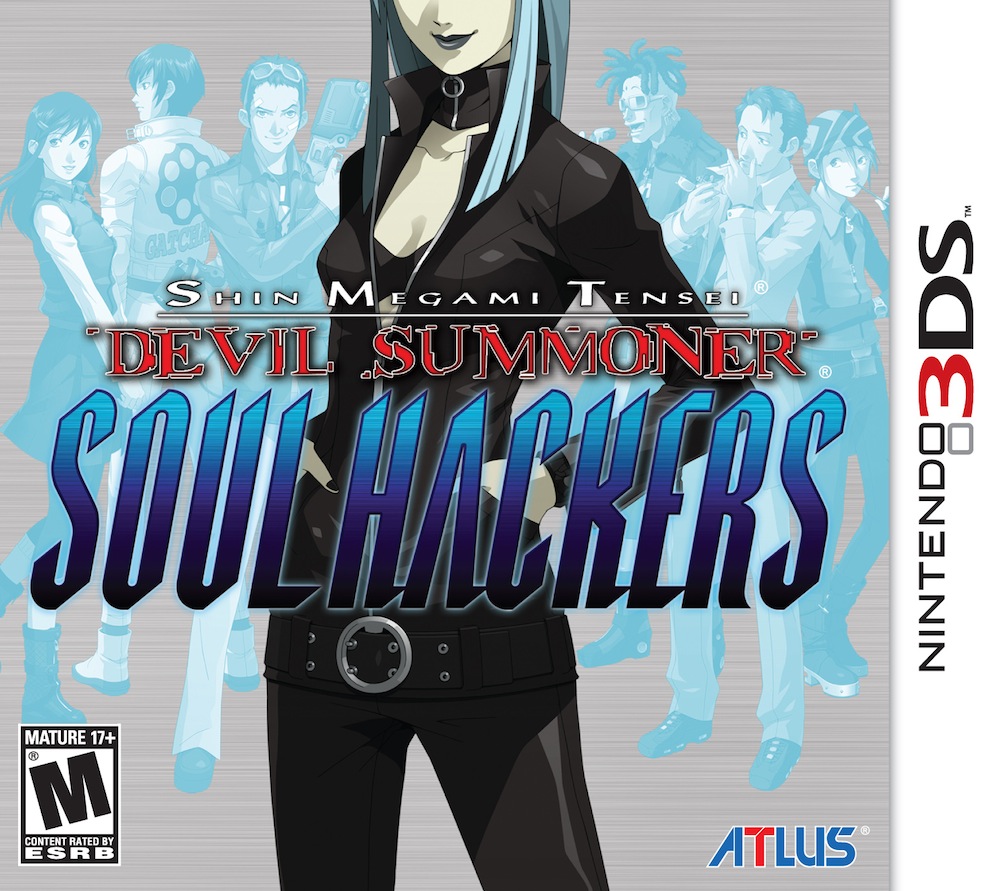 Soul Hackers takes place in Armani City, a small town that has been revamped into a high-tech wonderland. Our nameless protagonist (you name him whatever you'd like) and his friend Hitomi, members of the hacker group the Spookies, hack their way into a beta program known as Paradigm X, a virtual world where you can gamble, check out art, shop, and chat with other users. The hero then finds himself in possession of the Spookies' leader's special gun-shaped computer (known here as a GUMP), and after removing its protecter unleashes a demon named Nemissa. Selfish and bratty, Nemissa takes over Hitomi's body, and the two fight for control both in battle and for when voices of reason are needed in specific situations.

As the game goes on the protagonist keeps having spiritual animal visions during his journey, giving him guidance towards doing the right thing. This guidance is well-needed, after all, as he finds himself facing off against demons that have mysteriously appeared in Armani City. During your battle, you can try to defeat them with weapons and magic, or you can try you hand at talking to them. If you give them the right answer when chatting, one of four things will happen: they will leave you alone, give you something, ask to give them something, or they will join your party.

Choose Your Path Wisely In "S...