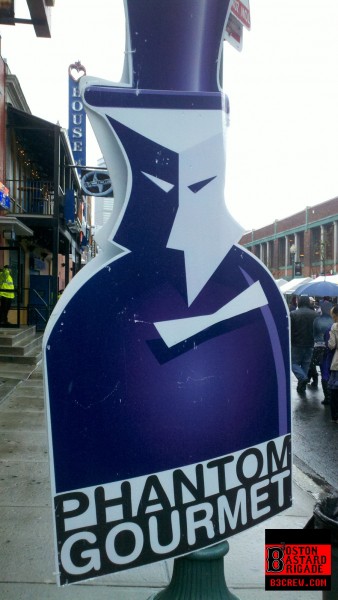 Yesterday I went to the Phantom Gourmet Food Festival. It's a beautiful thing to pay for a ticket walk in and just start mowing, om-noming, and stuffing my face with food. Now I know why people in other countries hate Americans: it's because we have food festivals like this!

As the video above shows it, food, beer, more food, and multiple attractions along Lansdowne/Ipswich Street really made the festival that much more awesome. My girl, her friends, and I got there early to see them open and get everything going. It was almost like the running of the bulls! The Phantom Gourmet Food Festival was just too awesome to not be a part of. Running around and testing out food -- ranging from meatballs, ice cream, salsa & chips, marshmallows, hot dogs, sliders, pulled pork, candy, sausage, and so much more -- is like another level of happiness.

As you can see from my crappy drawing on Google Maps, that's how much it took up of Lansdowne and Ipswich Street!
(Purple = Phantom Gourmet)

A suggestion I have to make is that before you go, try not to eat anything past 7 p.m. the night before, and make sure you starve yourself until you walk through the gates. I'm telling you with all the samples I got I was almost full before reaching Ipswich Street. I can tell you once you get water or beer or wine in you, that will help digest the food. Yes, you were able to obtain beer and drink it right out on Lansdowne Street, although it's not like I haven't seen that done before. 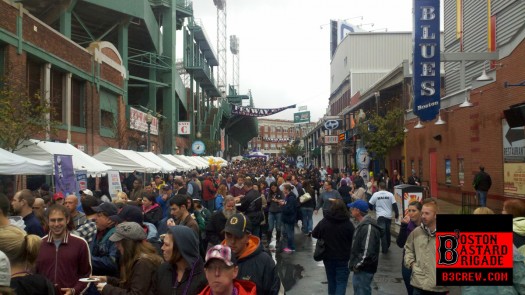 I can also suggest that if you don't want to deal with the crowds and be all high and mighty, then you can obtain the V.I.P., which was more than I could ever afford in this economy, but I saw a few go in an hour before. If you have the money, live it up then. The tickets online were $40 a person, but if you showed up and bought at the front it was $50. Beside looking for special deals this set up wasn't too costly, due to all the food you obtained while going to each of the restaurants tents. (Also if you were still wanted more, you could just go back in line and have another round.) The setup that the Phantom Gourmet was amazing, as they showed off the little attributes of these local restaurants. 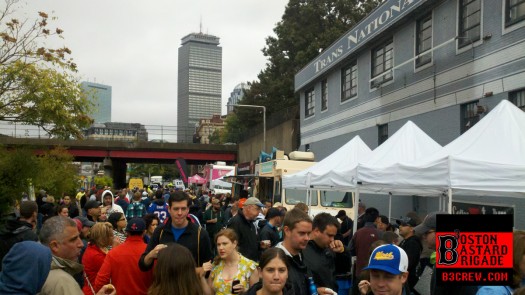 Although it was Sunday -- and yes, the Patriots game was that day -- they had a big screen TV near the taco-eating contest where you could watch the game and enjoy everything. My girl and her friends we were able to hit everything with such precision, but we were able to get out and go to the local Yard House, sip back a couple alcoholic beverages, be afraid of the Pats in the first two quarters, and then cheer them on during the final half. 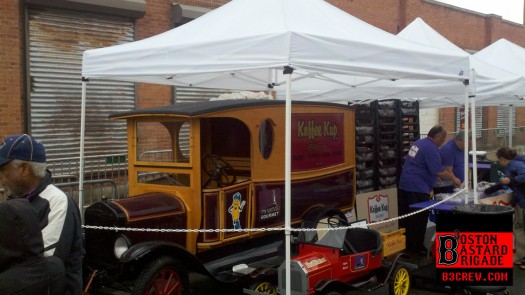 If you didn't notice how many times I said "amazing", I'll say it once more. It was an amazing time at the festival, and I will probably look forward to it every year from now on. I can definitely say it's a great set up, and you get a work out walking everywhere. (I'm not a registered dietitian, but it sounds about right.)

I couldn't get into all the food places, nor can I mention which ones I liked the best. It was just really hard to say which one topped my list, seeing that all the food was excellent. You're going to have to check them out for yourself. (Click here to see the food list.)

I would like to say fantastic job to the guys at Phantom Gourmet. Check out their official website here, and the official Food Festival site there. Also like to thank my girlfriend for getting me the hell out of the house to enjoy Boston a bit more!

Check out more photos from the event on our Facebook Page.

If you never been to the Yard House, you have to go and get one of their half-yard beers, as it's always an interesting glass to drink from. Find your local Yard House here. 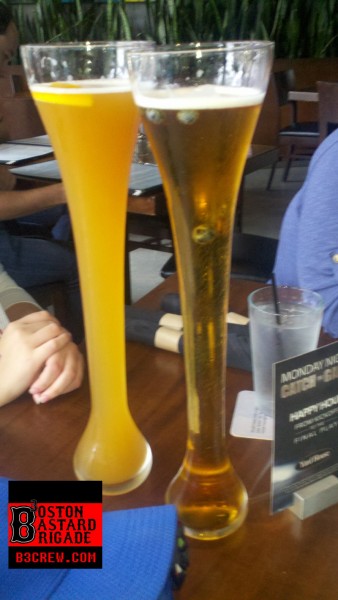 We here at the Boston Bastard Brigade want to say that we don't encourage drinking large quantities of beer alone. We want everyone to drink responsible and get home safe. Do us all a favor: hang out with friends, watch the game on the TV at the bar or home, and always have designated driver. Also don't get too hammered so someone else has to take care of your mess. That is all!