HomeMovies"The Hunter" Of The Rare Variety

"The Hunter" Of The Rare Variety

"The Hunter" Of The Rare Variety 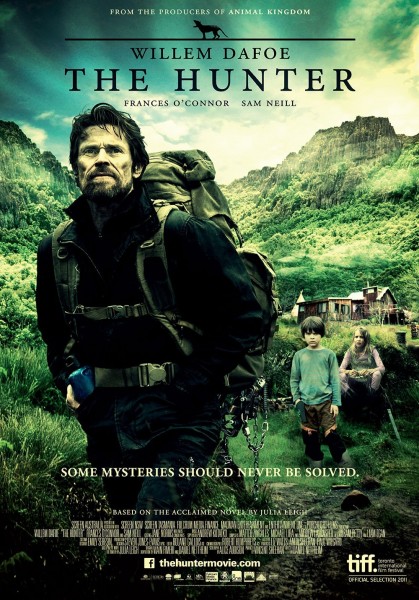 Recently added to Netflix, The Hunter has William Dafoe (Boondock Saints) and Sam Neil (Jurassic Park) as the main characters in this pretty amazing film.

The main plot of The Hunter has a mercenary named Martin David (Dafoe), who is hired by a bio-tech company called Red Leaf. This company is looking for the rarest of the rare animals, a Tasmanian devil. No, it's not Taz from Looney Tunes. This is an animal that walked the earth at one point. Apparently this bio-tech company wanted the animal because the capabilities of the paralyzing agent the Tasmanian devil puts into its prey so it can eat it. The movie itself is a bit on the slow side, but it adds to the drama and, of course, the great acting from Dafoe.

To get a bit more into the story, David is given the mission to try and obtain the whereabouts of the Tasmanian devil. He heads down to Tasmania, and is set up with this family that has a daughter, son, and a mom. The father is apparently out in the woods, also looking for the Tasmanian devil. The daughter is at a young age but has a mouth on her like a truck driver, and the son is a mute who just draws and makes gestures. Meanwhile the mother seems to be sleeping all the time. Lo and behold, seeing that the husband has been missing for a while, she has been on drugs.

David seems to become the replacement dad for the household. He goes out to track the Tazmanian devil, but comes back and sleeps at the household. With how things are he seems to start taking care of everything, and I do mean everything (from fixing the broken generator for the house to making regular errands for the household). Where is Sam Neil's character in all this? He is kind of a part of the Red Leaf company, and was bringing the drugs to the mother of the household. He seems to be one of the bad guys in The Hunter, although when you first meet him he seems like a nice guy trying to help out David.

Once Dafoe has gotten the family up and running he starts to deal with a lot of issues regarding the search for the Tasmanian devil. From getting injured and falling off a small cliff, to dealing with the locals of the town who seem to not want him around, everything wrong seems to happen. (He did deal with damage to his car and equipment at one point due to the locals).

With that said I feel this another great movie not to ruin. It seems like they did an excellent job with the film itself. The Hunter is a mixture of drama and action rolled up into one, so if you've got Netflix or a Redbox in your area go on and rent it! This movie won't be too much of a disappointment for all of you.

"Kids" Brings All That Jazz

Episode CLII: Is That A Parcel In...