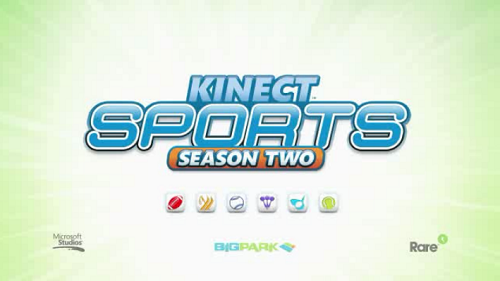 Okay kiddies, Kinect Sports: Season Two is pretty sweet. It's definitely a great game to be playing with the hellions, er, young kids in your family. It's an awesome little set up where it puts you through the activities of the sports with multiple aspects between the sports.

From the video you can see we have baseball, football, golf, skiing, darts, and tennis. Each game has its own fun dynamic. You're probably asking yourself, "Why Darts? How is that a sports?!" It's sad to say that this back alley bar game has become a sport; not by Olympic standards, but a sport nonetheless. It is a challenging game they bring to the table, where you have to score 500 points before the other player/computer beats you to the punch. Sadly, I had bought a dart board for my game room recently and it seems almost pointless, but playing the real darts compared to the game is so different from one another. If some one plays the game of darts and they do really good at it they will think there a master, but if they go and play the real thing they will probably suck. (I would know this now due to the countless people who have come over and played darts, missed my dart board, and hit the wall.) 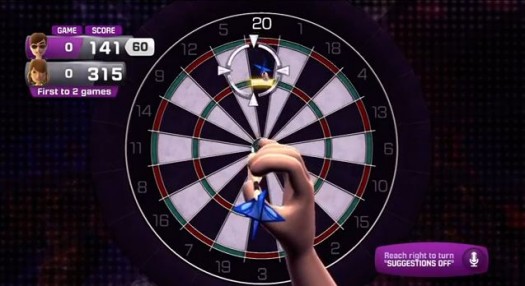 I'll take a few moments to explain how to play, because you don't got all day to really get into it! We will start with America's past time sport: baseball! This game is interesting because it gives you the chance to both bat and pitch. When you're at bat you put your arms up and stand at whatever side your comfortable with, and when the pitch is tossed at you take a swing. Easy enough, right? BUT if you don't crack a home run every time, you have to run in place to get your character to first base. Believe me: if you have carpet then you're lucky, but if you have tile floors like I do running in place is painful. Baseball will do a number on your body, so prepare to sweat and want to sit down. For the pitching its setup has you step forward into the pitch with your opposite leg (which kind of confused me) to get a fastball. Coming across with your arm a certain way will also get you a curveball. This part of the game it self is great, along with Home Run Derby. 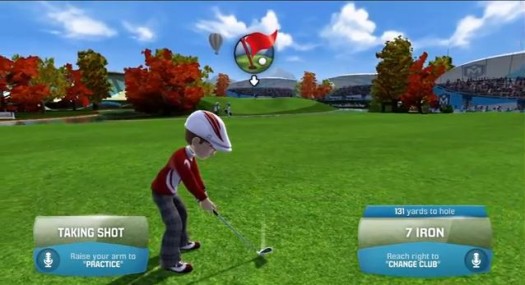 One of my favorite sports that I have been playing since I was in diapers (as if you wanted to know this) is golf. Comparing this to Wii Sports Resort with the added Motion Plus to the controller, I feel that Kinect Sports has it beat for the maneuverability aspect of the game. With the Wii you have to hold the controller and hope the band on it doesn't break as you swing it into your TV. With the Kinect you stand in front of it to the side you're comfortable with, setting up your shot by moving side-to-side to where you want the character to shoot it. Then as easy as 1-2-3 you swing, and you basically put the ball where you want it. I'm not saying I don't like a good challenge, but this game simplifies the movement and makes it a bit more fun than when I've had dealing with those trees in Wii Sports Resort. 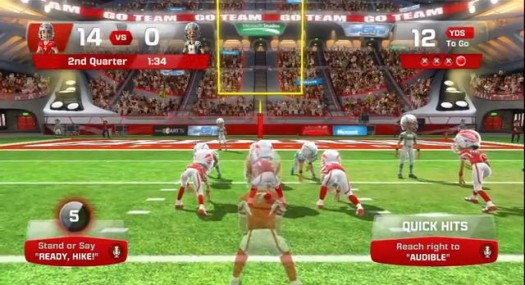 The last one I'm going to explain is, of course, football. Not football as in soccer, but the weird looking pigskin American football. They designed the game in the sense that you are the quarterback, and you have to toss it to the receiver, and not only that when that receiver catches the ball you have to run in place and make movements to get past the other team. The kicker on this is that its setup has you trying to score a touchdown in four downs. There is no getting past the usual ten yards, which makes the game that much more challenging. For the other team what it does is represent what the other team would do if they got a touchdown, field goal, or stopped. When you play the game make sure you get a field goal or touchdown, because that will effect the outcome for the other team scoring. One problem that I had was my damn couch behind me, to kick a field goal it has to register when you bring your leg back then kick through. In my sense I had to go for it all the time, so no field goal kicking for me. All in all, though, it is very very fun. 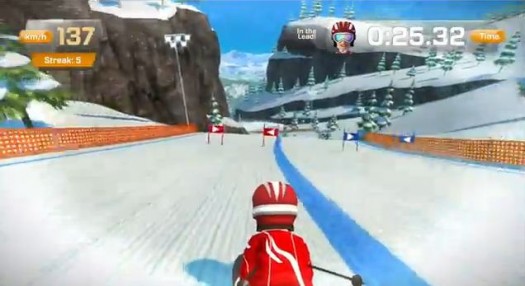 All together Kinect Sports: Season 2 is another great family-oriented game. It has great multiple applications from all the sports, along with the add-on now of basketball for about 400 XBL points. It seems that this game does have great competition against the Wii Sports series, and the reason for this is that the Kinect isn't all up to spec yet of taking care of the motion capture, whereas the Wii remote has more of the sensitivity towards the game. The Kinect is still working its way up to the full movement, but it needs to also create a better setup with the distance you have to be at for the sensor to read you. That all aside, Kinect Sports: Season 2 in my book is a great.