HomeSports"Trials" Sequel Lives Up To Its "Evolution" Namesake

"Trials" Sequel Lives Up To Its "Evolution" Namesake

"Trials" Sequel Lives Up To Its "Evolution" Namesake 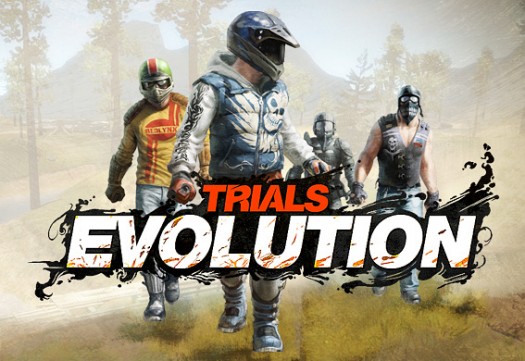 Oooohhhh yeaaahhh!!! It's a beautiful thing when you can conquer a world with only two wheels, especially after Redlynx upped the graphics and the level of difficulty in the latest incarnation of the Trials series.

As it says in the video above Trials Evolution features a "massive single player," which is a largely correct statement. The levels range from beginner to extreme, making this game as ultimate as it can get for a third-person/side-scrolling motocross game. The regular levels give you a ton of different options from dirt tracks and planks of wood to metal and everything else you can find under the sun (or a junkyard). They tossed in everything from racing the clock mode to what they call the Skill Game Circus. 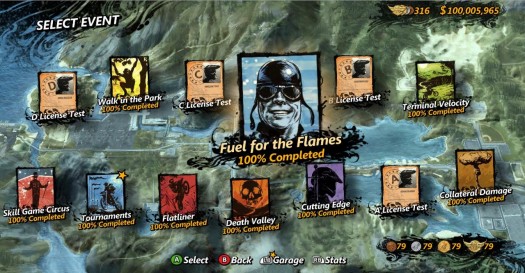 Racing the clock deals with getting four different licenses ranging from D through A. Each License Test teaches you how to take care of the certain parts on the maps after obtaining the licenses. The levels then go from Walk in the Park, Fuel for the Flames, Terminal Velocity, Collateral Damage, Cutting Edge, Death Valley, Flatliner, and Tournaments, with the difficulty going from beginner to the extremely hard. I have to say that you can enjoy the game from Walk in the Park up to about Cutting Edge, but once you get to Death Valley and Flatliner, you get to the point where you OCD on the level or you rage quit and toss your controller through the TV because it's so incredible hard. It's like the saying goes: "Those who cannot remember the past are condemned to repeat it," where it's just one of those things where you think you've made it to the end and then suddenly the character makes a move and falls off his bike. Trials Evolution can and will make you very very angry!!! 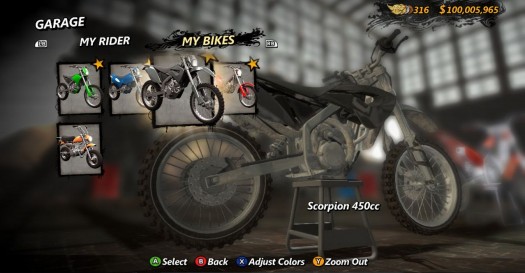 The Skill Game Circus features many mini-game challenges. The first is Gas Problem, where you got to see how far you can go when your bike is running low on gas. Next is Freestyler, in which you hit the slopes on skis and see how long you can go before crashing. Icarus Factor has you launching yourself off the motorcycle and flying high with boards tied to your character's arms. S.P.H.E.R.E. (Super Powered High-Speed Electoballistic Rolling Experience) puts you in a big shiny ball and into a maze of obstacles in vein of Ninja Warrior. One interesting one is UFO, where your motocross bike is hooked up to a UFO and you have to fly it onto specific spots and get to the end in the shortest amount of time. 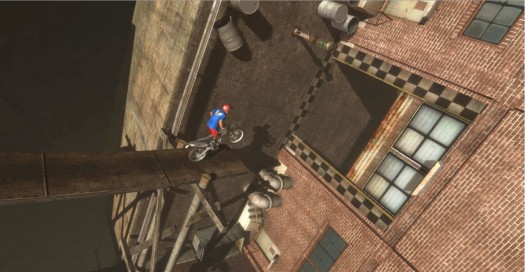 Balance of Power will have you use your throttle to balance yourself on the obstacles without leaning, so if you touch the stick on your controller you fall off. Cruise Control takes your brakes away as you try to see how long you can last before crashing. Ball of Steel deals with your bike carrying a big shiny metal ball, creating a balance act from hell as you go through the level's obstacles. Mr. Vertigo lets your character revisit his childhood days of swinging on monkey bars, except these ones are hugs and are attached to a swinging point that launches you even further. Last, but not least, is Exploding Man, made in honor of the video game 'Spolsion Man, where you explode your character off the bike and have to get him through these tightly-knit places while bouncing off the walls and avoiding water and buzz saws. 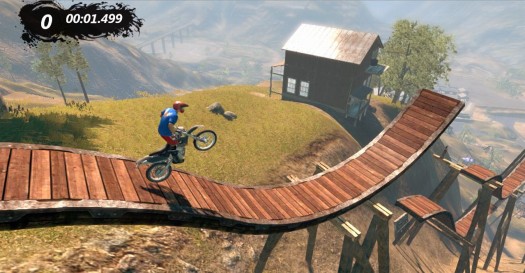 The controls in this game have gotten better since Trials HD. They are a bit more responsive, and it makes the game a bit easier to play. I do have to say I have had issue where I have landed down properly in certain points, and it seemed to grave the wheel of the bike and flip it over. However I think they have been able to fix the issues like that by now with their recent updates. The game itself is a great challenge, but I swear if you OCD this may not be the title for you. If you're dealing with friends that have played it you could be trying to beat their best score on the map, and all you see is a dot with their name on it fly by you if you're not fast enough. It's awesome that they added this to the game to make it more challenging. 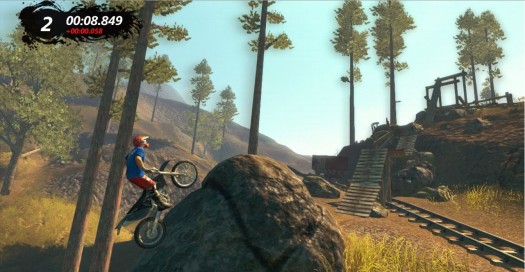 For your garage they have many great ways to customize your bike (along with your rider) to make him your own. The bikes you have are the Rattler 125 cc, Piranha 250 cc, Scorpion 450 cc, and Phoenix Evo 250 cc. They also brought back the very small and hilarious Micro Donkey 60 cc, which really can only be used in the beginning and a few of the easy maps. You can only unlock if you have obtained the Unyielding Achievement in Trials HD. For the regular bikes you have the lower-end ones for beginner and easy levels (Rattler and Piranha). They have low horsepower, so they can't get you anywhere on the extreme. When you get to the Scorpion it's like Heaven on earth, where it gives you the proper power to get through the courses. With the Phoenix you wonder why it has a 250 cc. That's because the design of the bike is for trials riding, where it has a longer, sleeker frame that contours to the objects that you have to jump across. This also makes this game strategic for using which motocross bike where. 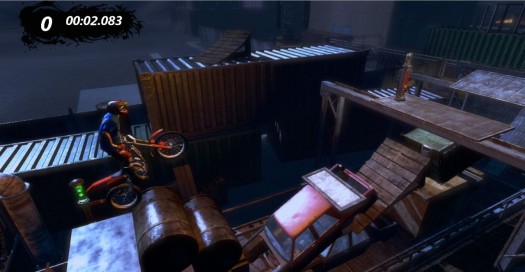 Track Central is absolutely amazing. You can create your own tracks, and then share them online for other people to play. Doing this is great for community play of this game. It's the way games should be done, where your creativity can run rampant! 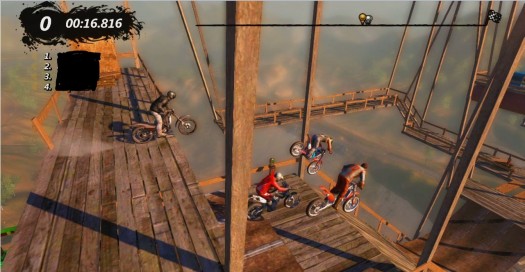 The multiplayer aspect gives you three options. The first is Super Cross, a fast side-by-side race where you have to score points from several tracks and heats to win the match. Trials is a fast single-lane ghost bike race on the easier tracks, in which you score points from several tracks to win the match. Finally there's Hardcore Trials. You have the single-land trials but in the hardcore tracks, scoring points from the several tracks to win the match. If you're up for the challenge, go right ahead and do the Hardcore mode. I have been on it, and there are some douchebags out there wanting to make your life miserable. Believe me: they will make fun of you if you can't get up certain things that they can get up in two seconds. That's how to really rage quit: hearing someone on the other end saying you suck!

Trials Evolution is a great game to play and compete with your friends. I'm not saying there is a lot of replay value, but if you're hooked on the OCD concept of trying to beat the clock or your friends, you can play this game till your blue in the face or dead. The graphics are a great improvement from the last game, and the physics of the game are done very well. However the music is one of the biggest drawbacks of the game because there is maybe two official songs, along with the weird ones that change at the startup of every game. You can always set up a music list on Windows Media Player and just play it off your Xbox that way. All in all Redlynx did a job well-done, and I can't wait for the next installment of Trials!