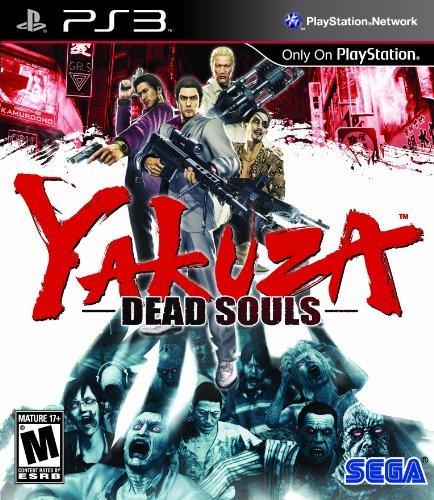 If there is one thing you can count on regarding the Yakuza series, it's that each game will have a story that will tear at the heartstrings. Its latest incarnation, Yakuza: Dead Souls, also wants to tear at the throat, arm, and any other part of the human flesh that looks tasty to the undead.

It's strange having zombies mix in with the likes of Kazuma Kiryu and Shun Akiyama, as the Yakuza series is better known for its usage of realistic storytelling and humanistic characters. Yet here it is, possibly pushed by the folks above seeing as everyone under the sun is doing a game, movie, book, comic, and TV show about zombies and their love for the taste of people. There's one thing players keep forgetting about Yakuza, though: there will always be a hint of originality to be found in the game, and Yakuza: Dead Souls is no exception. 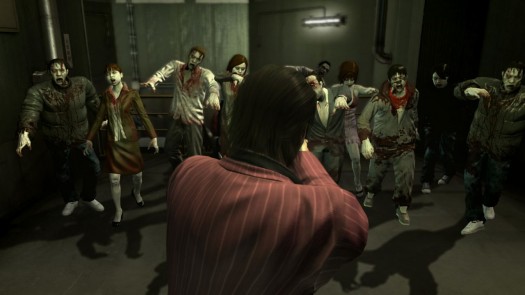 The game has you take on the roles of four of the more popular characters in the Yakuza series: Akiyama (the money lender from Yakuza 4), Kazuma (the series' main protagonist), Goro Majima (one of the main characters throughout the series), and Ryuji Goda (the Dragon of Kansai from Yakuza 2).  Throughout the game you will have to face head-on against hundreds of zombies as you uncover the truth as to what caused this epidemic in the first place.

Dead Souls is split up into five parts, with the first four having four chapters each that dive deep into the story from the perspective of each characters with a final part acting as a conclusion. Akiyama goes on a search for a cure for what ails his secretary Hana, as the doctor he trusts most is nowhere to be found in the ruins of Kamurocho. Majima, lover of zombie movies, has a field day taking out armies of zombies while protecting survivors in a nearby supermarket. Ryuji, who has since left the world of the Japanese mafia, is on a quest to find his cooking mentor and master of making takoyaki (that's deep fried octopus wrapped in bite-size balls for those unfamiliar with the Japanese treat). Kazuma has the most personal of storylines to partake in: his adopted daughter Haruka has been kidnapped by a mysterious man who might be involved deeply with the zombie outbreak. 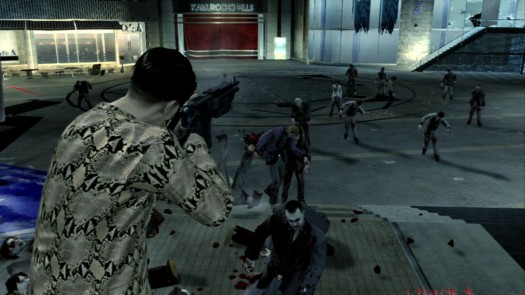 Instead of giving players the hand-to-hand style of combat seen in past Yakuza titles we are given guns and grenades to take out their zombies. This sadly does not work very well for a couple reasons. First: the aiming system is one of the weirdest I've seen for a third-person shooter. There were times when I played through and it took my character a few seconds to read my aiming movements. While there is an auto-aim system, it doesn't work very well when the zombies you are aiming for bob their heads too crazily fast to get a good headshot in.

The other reason why it doesn't work well is more obvious: Yakuza is all about hand-to-hand combat, and taking away what made the series super fun in the first place also takes away part of the series' identity. When I first took control of Kazuma during Chapter 4 I had tons of fun simply beating the crap out of the zombies instead of simply popping a cap into their lifeless brains. Personally it would've been a lot more fun if you could take out the zombies using your fists and whatever is lying around the streets of Kamurocho (i.e.: bicycles, pipes, the occasional chainsaw), the latter of which I found myself doing when there were tons of zombies in my area. 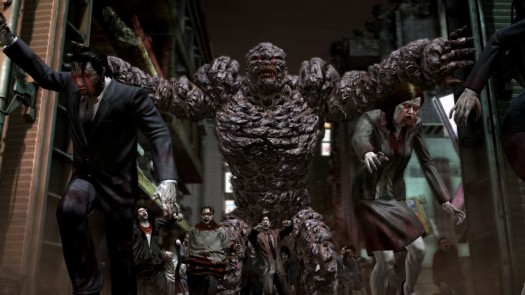 Perhaps the one good thing I found about the guns in Dead Souls was its usage in boss battles. By trying to find a boss's weak spot you can easily take control of a battle, whether it's hidden in a creature's chest, back, or appendages. The boss battles even got more challenging as the game progressed, but in a good way as to not take away the fun via high difficulties. In fact I found the boss battles here were put together better than in past Yakuza titles, so while this game is non-canon it wouldn't hurt SEGA if they stuck to this challenge aspect for the upcoming Yakuza 5 (or Ryū ga Gotoku 5 as it's known in Japan). The Heat Snipe is also a highlight in the gun mechanics, using a good quicktime event to take out a dozen zombies with either an explosive barrel or using a water system to another form of potential.

The overall look of the characters and worlds of Yakuza: Dead Souls continues to showcase the power the PS3 has. Its attention to detail, from the fabric on a character's jacket to the glowing lights in one of the Club SEGA crane games is exactly what all gamers should've expected from just about every physical release game that has come out on the current-gen consoles. Having said that, the one thing I found weird-looking in the game were some of the characters' hair (especially antagonist Nikaido's, whose hair looks extremely pixelated). There are also too many "Now Loading" menus happening throughout the game, including during some of the FMVs you watch. 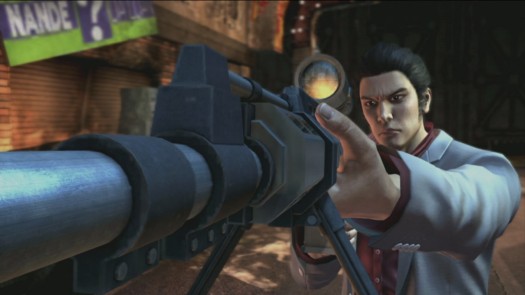 One great key detail I found in the game that should be duly noted is that there were minimal repeat offenders in the zombies' appearances. While there were many key creatures like crybabies and fatties to be found during the whole game's play-through, not once did I notice a single regular zombie that looked exactly like another regular zombie a couple steps over from him or her. Just about every gaming company is guilty of cloning characters throughout a game's levels, but not once throughout my entire time with Yakuza: Dead Souls did I notice such a thing happening.

As mentioned before there is no game series out there that tells a story quite like Yakuza, and while Dead Souls lacks the realism found in the previous games the emotions still pack a punch. If you were wondering where the emotional scenes found in that famous Dead Island trailer were located in the actual game, it seems that they were transplanted here. From Ryuji finding the location of his mentor to Majima trying to hide the fact that he was bitten and thinks he'll soon be a zombie, you cannot help but feel for these characters. However for every sad moment there is either a happy or funny moment to be found, bringing together a finely-tuned story that will have many players smiling towards the end. 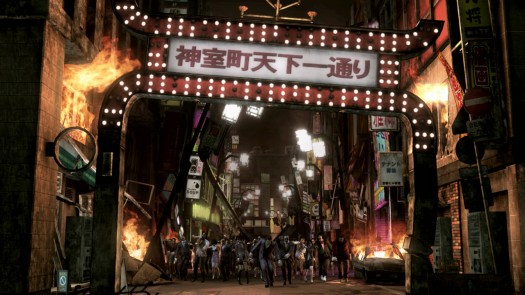 While the main game will take roughly twelve hours to complete, there are tons of fun sub-stories and mini-games to be found throughout the streets of Kamurocho. You can help other people locate their loved ones from within the quarantine zones, or do some other crazy tasks like star in a zombie movie with real zombies in it or help a restaurant reopen for business. The mini-games come in big quantities, whether it's flirting with hostesses and bowling to ping pong with a hot springs girl and karaoke. There's even a solid 9-hole game of gold to be found, with a system that's even better than the recent Tiger Woods PGA Tour title. Once you beat the game you can also unlock harder modes to complete.

One of the game's funniest mini-game moments

While Yakuza: Dead Souls has its flaws, it still contains one of the more original zombie stories I've come across in recent memory. Those jumping into the Yakuza series for the first time may have some trouble understanding what's going on, so it's best if you played some of the more recent titles first before jumping head-first into it. Fans of Yakuza will be happy with its continued greatness in the storytelling department, but at the same time disappointed by many of the control aspects of the game. Rent it first, then buy if you find yourself really enjoying it.