HomeTheaterMalkovich Proves Dying Is Easy, But "Comedy" Is Unbearable

Malkovich Proves Dying Is Easy, But "Comedy" Is Unbearable

Malkovich Proves Dying Is Easy, But "Comedy" Is Unbearable 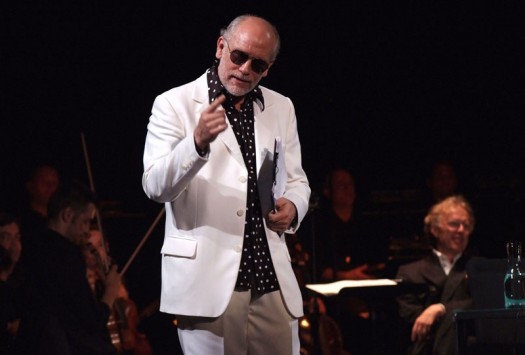 It's one thing to go into a theatrical experience and have its performers give what the audience wants. It is a far worse idea to bring in one of the biggest A-list actors out there, and underuse his talents for the vast majority of an expensively-priced production. Such is the case of The Infernal Comedy, which made its American debut at Boston's Majestic Theater.

The Infernal Comedy follows the book tour of Jack Unterweger (John Malkovich), who is back from the dead to promote his latest book that promises to detail every truth about his life and the murders he committed. Jack tantalizes the audience with his cool charm, knowing far too well that all the crowd wants to hear about is the murders he had a hand in. You can tell he has no regrets for what he has done, as he mentions looking back, "I'd rather be a killer than a no one." It's unfortunate, however, that the glamour of this serial killer is blemished by an overkill of sorts by his musical cohorts.

The production is part play, part opera, with the Musica Angelica Baroque Orchestra Los Angeles playing for two sopranos (Sophie Klussman and Claire Meghnagi). While the performances from the melodious aspect of The Infernal Comedy were great, they were used far too much during its running time. You would see Malkovich in character speak for roughly five minutes at a time, followed by nearly ten minutes of musical performances. It is here where writer/director Michael Sturminger decides to alienate the audience, much to Unterweger's disappointment. "I am not really used to this kind of music - it makes me nervous," says Unterweger. "This has nothing to do with the quality of the orchestra or the conductor, but normally I am not able to stand this kind of music. It makes me physically stressed." 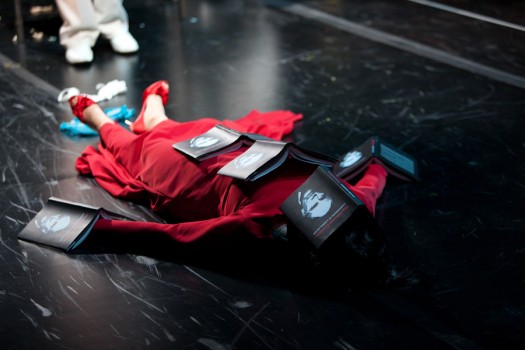 A great shame falls onto Sturminger for not allowing Unterweger to have the sort of freedoms he wishes to have onstage. It's as if the character's frustrations are supposed to mirror those of the average theatergoer, at least from my perspective. He dislikes opera, so why should the audience be forced to be subjected to the sort of music that he himself detests? It would've been a far more interesting play had Unterweger decidedly took over every aspect of it so he could have it fit to his true style. Sure, it probably would've meant that each member of the orchestra would've ended up as dead as his victims, but at least that would've been far more entertaining than what conspires here.

This was not to be, sadly, and instead we're given roughly twenty minutes of well-written dialogue mixed in with 85 minutes of unnecessary opera filler. Its star is heavily underutilized, and our greatest desire to see what the mind of a killer is like is left unfulfilled. Despite a few big laughs (one of which hilariously focused on his hatred towards Macintosh laptops), The Infernal Comedy doesn't reach any sort of point on the mountain of greatness. What could've been a great achievement in theater is instead a massive dud, and the American premiere of The Infernal Comedy lands with a mere whimper and a plethora of disappointment under each arm.

Episode CXIV: Where Are All The Sh...