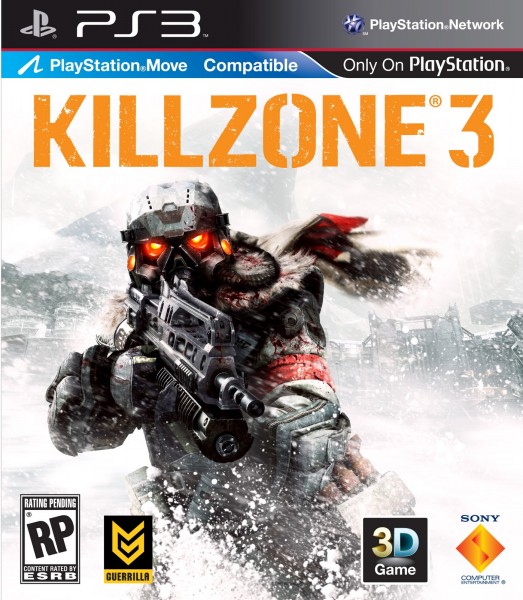 The trouble with trilogies is that each time someone wants to do a sequel they mainly focus on making things bigger and better, only to forego the true spirit of the original and leaving the follow-ups to be as soulless as the corpse of James Brown. Fortunately these issues rarely show up in the gaming world, where developers return to their favorites to properly figure out what they did wrong last time and how they can better the property at hand. While the Killzone series has so far been nearly faultless there have been times during gameplay where you just wanna throw the controller at the TV and light up every curse word you can think of. Killzone 3, on the other hand, eases these frustrations, thanks in part to its edge-of-your-seat mayhem, great mechanics and amazing overall appearance. However there are some things about the latest Killzone that have left me feeling uneasy...

For those of you who are not familiar with the Killzone series I will bring you up to speed. There is a war going on between the Interplanetary Strategic Alliance and the antagonists the Helghasts. The Helghast Emperor Scolar Visari is now dead thanks to the ISA, and now two members of the Helghast government are wanting to take control of their world: Admiral Orlock (Ray Winstone) and Jorhan Stahl (Malcolm McDowell), the chairman of Stahl Arms. While both people fight over control the ISA infiltrate what's left of the Helghast nation, saving their fellow captured troops and taking down the enemies once and for all. Stahl, however, has got bigger plans up his sleeve, involving the destruction of the planet Earth. While it might seem like there's a lot of catching up to do for gamers who haven't played any of the past Killzone titles there are enough flashbacks and backstories within the game that will have you caught up with the past events in no time. 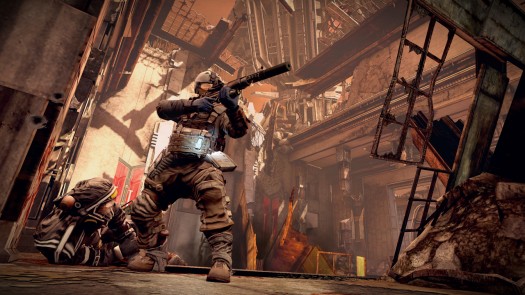 Controlling Killzone 3 is a cinch, and might be one of the best first-person shooters I've come across in a long time. Thanks to its auto-aim system finding the Helghast enemies is a breeze, but because of the intelligent AI system it's not as simple to kill them. Players can switch weapons with ease, with reloading time a fair enough length to give them a good challenge. The real fun is in the meleeing section, where you can attack a soldier if you're close enough via eye-gouching, throat-slitting and the occasional head-bashing. There's also a jetpack mode within one of the levels that will let players have a ball flying from iceberg to iceberg. (Killzone 3 is also PlayStation Move compatible, but was not used for this review.)

Throughout the game players will find themselves having to take down multiple enemies on foot, via aircraft or snowmobile. Within the regular levels gamers will have to sometimes stay out of the open areas, sneak past guards and quietly take down enemies so as to not alert the others in the area. Sometimes you will be successful on these attempts, while other times (especially in the "Six Months On" levels) where shooting out in the open will be your only option. You will die a lot, but there are plenty of checkpoint areas that will keep you from being angry at yourself for kicking the bucket in-game. (Playing in co-op mode gives you and your friend the ability to revive each other if injured badly, but there's a time limit.) Your AI friends don't seem to be much help, though, as it seems like you're forced to kill everything on-screen. They will be able to revive your character if you've been shot too much, but sometimes they might stand there next to your body looking at you strange saying they're not close enough to help you out. 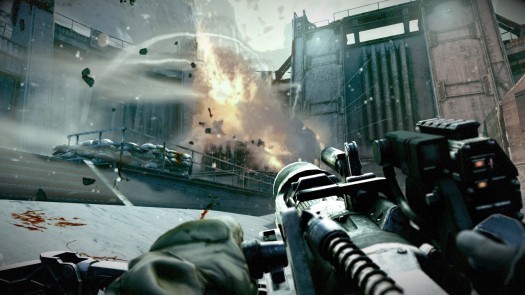 Having these great (and underappreciated) actors like Winstone, McDowell and Brian Cox come in and play these nasty antagonists was a thrill to be able to listen to, and you can tell these three weren't in the recording studio half-assing their lines. You could feel their anger and intensity through their voices, helping their characters bring out the sort of soul you'd only see in only a few action films. The graphics in the game are also stellar, with even the rustiest of guns being rendered in heavy detail. I did notice a couple glitches within the game that made me have to reload the level to the last checkpoint, but for the vast majority of the game everything about Killzone 3 looked fantastic. I'm just disappointed in the quality of the audio/video synching within the game. Almost every time an FMV plays what happens on-screen doesn't occur audibly until a couple seconds after you've seen it, which left a bad taste in my mouth when I witnessed it on more occasions than not.

The main campaign will take you roughly ten hours to beat, but it's the multiplayer mode that will keep you coming back for more. Players will be able to battle it out in guerilla warfare, various Warzone games (including assassination, capture & destroy and body count) and the story-based Operations mode. For those in need of practice before going head-to-head with real people will be able to tackle Botzone, which will help to grease up a player's control tactics and learn the basics on going against tougher opponents online. While the online modes are fun I did notice a bit of lag here and there while playing, which led to some unfair attacks from other players. (We'll have to see if the newest patch coming out this week will fix some of these errors.) 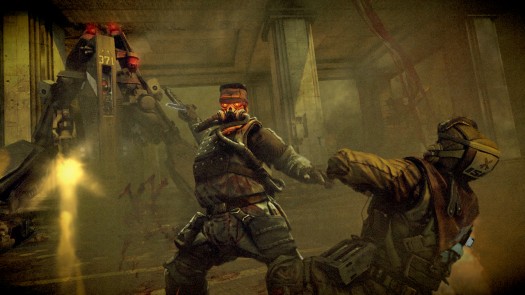 While Killzone 3 succeeds in many of the more important elements of being a great first-person shooter it's the little things about the title that keep it from being the masterpiece it wants to be. Having said that Killzone 3 is one of the best first-person shooter experiences you can find on the PlayStation 3, thanks in part to its intriguing storytelling and thrill-ride gaming moments. Just make sure you prepare to go into it knowing you'll die many times, even on the easiest of the game's settings.

Episode CXI: Rise of the Warrior