HomeVideo GamesSega Welcomes You To Their “Nightmares”

Sega Welcomes You To Their “Nightmares”

Sega Welcomes You To Their “Nightmares” 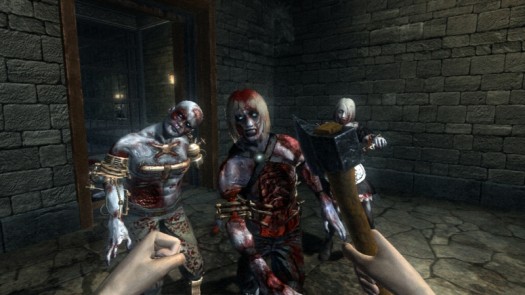 When the Kinect was first announced a couple years ago players across the globe had high hopes regarding what can be accomplished with the peripheral. Sadly some of our gaming prayers have yet to be answered. Since its inception the Kinect has brought us party game after dance game after exercise title, and while they’re not bad per se it still is leaving the hardcore gamers craving for more. Fortunately SEGA has heard our woes, and at E3 this year gamers were given the chance to go body-on with Rise of Nightmares, the first-ever first-person free-roaming survival melee Kinect title.

Developed by Sega AM1 (the same folks behind the House of the Dead series) the story follows an American held captive by an evil doctor known as Viktor. His wife is missing, and after being rescued by another prisoner the American must find his lost beloved and escape from the deranged doctor’s lair. Throughout the creepy asylum players must battle with those of the undead, solve puzzles and find keys to unlock the doors that will lead them closer to freedom. 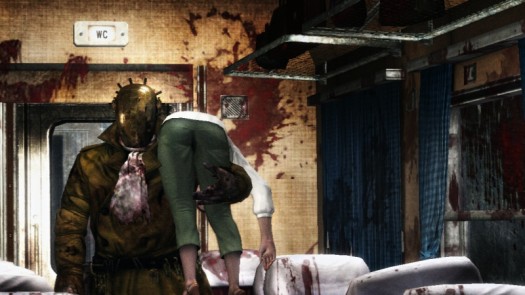 During the demo I was instructed by Sam Mullen and Rowan Taffler, who were running the booth, on how to maneuver my character throughout the levels. A front step with your right leg moves your character forwards and a back step moves him in reverse; twisting your upper torso left and right turns your character in the direction you want to go. To interact with an object you hold your right palm up and place it on the object, and pushing your palm out will push items or open doorways. Then came the time to learn how to battle it out with the undead. By raising your lowers arms up to your waist you enter melee mode, and by punching the air you can battle it out with these zombified nurses and experiments. In some cases you can even use weapons such as lead pipes, brass knuckles and rusty chainsaws to take out your enemies in very fun and gruesome manner.

I was pleasantly surprised to see how fluid the controls were in this game, as there seemed to be no lag between what I was doing in real life and from what was going on on the screen. With the exception of a couple titles I’ve always had issues with the Kinect reading my movements. Playing the Rise of Nightmares demo I found no problems whatsoever with it measuring all of my motions. Granted it will take time getting used to remembering how to walk properly, but that's what trial-and-error is for. 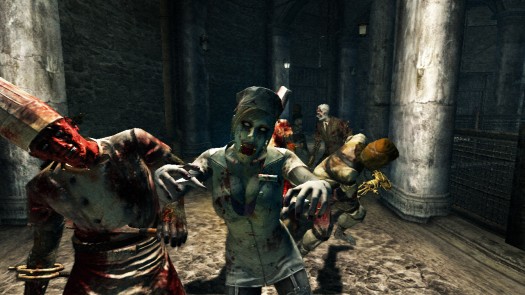 Seeing what Sega AM1 did with the remastered HD version of House of the Dead: Overkill for the PS3 I was more than impressed with the graphical input they put into Rise of Nightmares. Most importantly this game just might be sporting the most freakiest and horrific undead creatures since Resident Evil 4. It’s no wonder they went with the title they chose: seeing these hollowed-out and occasionally mechanical zombies lunge at you will probably be one of the creepiest moments this year in gaming. The overall chill you’ll receive while playing Rise of Nightmares is also quite impressive, thanks in part to the combined elements of Kinect controls and first-person perspectives .

Because you’re in first-person mode it is you that is being attacked by these creatures, which will add more to the creepy level as the game progresses and the undead become tougher. (My advice: don’t play this game in the dark!) The game is expected to have a run-through time of eight hours, so there will be plenty of frights in store in Rise of Nightmares. As of this moment SEGA is keeping it quiet regarding if any multiplayer modes will be in the game, though with only a couple weeks until its release date it's safe to say there won't be. 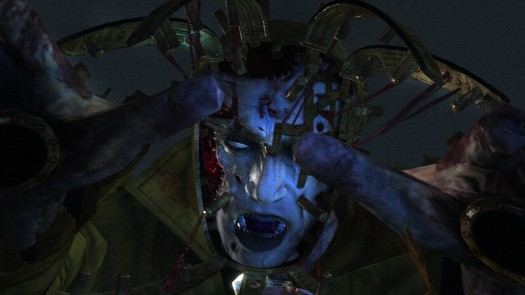 With the ten minutes I was able to play Rise of Nightmares it’s clear that SEGA knows exactly what it’s doing in regards to motion control. What we were promised two years ago has finally come to pass, and the folks at Sega AM1 seem to know what the hardcore gamer wants by making a title like this. With a release date of September 6th Rise of Nightmares could potentially be one of the best Kinect titles of 2011, not to mention one of the scariest games on any current-gen console.