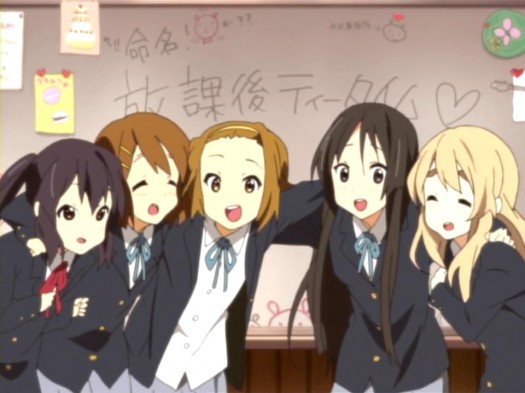 Love it or hate it, you cannot deny the popularity of the manga/anime series K-On! With its slice-of-life appeal and moé characters the show has received a massive following not just from anime fans but also music enthusiasts. Its opening and closing theme songs, as well as the albums for the show's protagonist band Ho-kago Tea Time, have appeared either on top or near the top of Japan's Oricon music charts, and the two live concerts based on the anime (one in 2009, the other in 2011) played to massive sold-out audiences. With translation help from Sawa Kato I was given the opportunity to ask one of the show's key songwriters and music arrangers, Hiroyuki Maezawa, some questions regarding the popularity of the music within K-On!

King Baby Duck: How did you first get involved with K-On!?

Hiroyuki Maezawa: The ending theme for the first season, "Don't say Lazy," was the start. Back then, I only knew that this song was selected for the ending theme for an anime about high school girls, and I didn't know about K-On!

KBD: What was it about K-On! that got you interested in being part of it?

Maezawa: It was a very inspiring and creative moment to interact with musicians. To communicate and record the songs for the characters that doesn't really exist was something quite unusual for me.

KBD: Do you find it easy to write a song for an anime, or are there difficulties with trying to cover both the song and the feeling of the character singing it?

Maezawa: I've never got the feeling of it being either easy or difficult. However I always had a conflict between, "How can I create this image into the sound?" and "Isn't there any better ideas?" while composing. 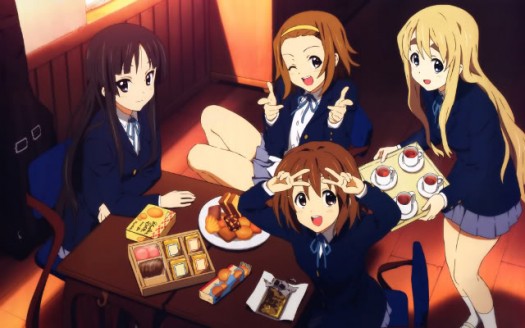 KBD: Have you been surprised by the success of K-On!, especially in album sales?

Maezawa: I guess I was more happy rather than surprised.

KBD: Out of all the songs you helped write for K-On! which one are you the most proud of, and why?

Maezawa: I'd say, "Fuwa-Fuwa Jikan." This song is one of my most memorable ones because I started getting in contact with all the musicians, staff and voice actors through this song.

KBD: What kind of good do you see coming out of a show like K-On!? Do you hope that it will inspire others to be musicians?

Maezawa: No matter if K-On! continues or not, it's a great honor for me to part of this project. I'm very happy to find people that have started learning how to play instruments or simply just music through our piece of work.

Special thanks to Sawa Kato, F.M.F., Pony Canyon and Hiroyuki Maezawa for giving the Boston Bastard Brigade this opportunity to conduct this interview.

Episode XCIII: That's What Yo...