It's now time for me to reveal my picks for my top ten albums of 2010. (Those who haven't been following along with us can start off here with numbers 20 through 11.) 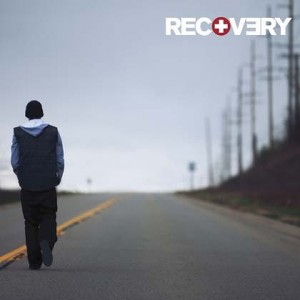 No doubt this year’s biggest comeback, Marshall Mathers somewhat put his Slim Shady persona on the back burner and spilt his guts and emotions all over this album. Whether he was standing for his rights in “Not Afraid” and “Won’t Back Down” or dueting with the likes of Rihanna in “Love The Way You Lie” the rapper from 8 Mile proved that not only did he regain what he lost in Relapse but also proved again why he’s still one of the best artists of our generation. It’s no wonder why Eminem dubbed himself “Cinderella Man” this year. 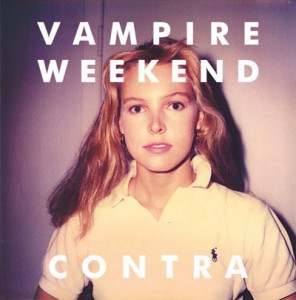 No doubt “Cousins” was one of this year’s funnest tracks (with a great music video to back it up), but the latest album from the Columbia University-founded quartet managed to show the band growing up in some places. “Horchata” filled the speakers with island sounds and Paul Simon-inspired lyrics, while “Diplomat’s Son” borrowed a sample from M.I.A., takes one of Koenig’s old stories about class tension and turns it somewhat into a love story. Vampire Weekend don’t forget to have a ball in their songs, of course, as evident in “Holiday” and the Animal Collective-sounding “White Sky.” 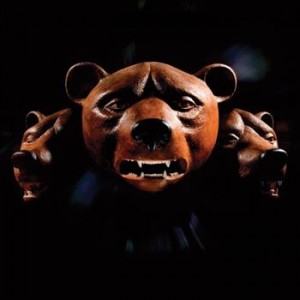 This year’s ultimate dance album, the Swedish electonica geniuses gathered up a round of talented guests to lay lyrics on their ass-shaking grooves. Hearing the Flaming Lips having a ball in “Crystal Meth Christian” and Desmond Forester brag about his riches in “Get Mama A House” are definite crowd-pleasers, but it’s Eve in “Rocket Scientist” that shows how to properly start a party. Lest we forget Devil’s Music sported this year’s best collaboration in “Cho Cha,” featuring Cee-Lo Green and the B-52’s.

7. My Chemical Romance - Danger Days: The True Lives Of The Fabulous Killjoys 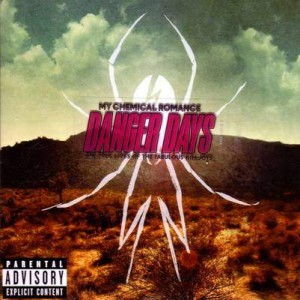 After The Black Parade it would seem that MCR went back to square one with their latest endeavor, and it was the right move. While TBP was filled with despair and sadness Danger Days was ripe with anger and bloody revolution, as evident in the fist-pumping “Na Na Na (Na Na Na Na Na Na Na Na Na)” and “Party Poison.” Gerard Way and company also learned one other thing during their break: to have a good time, as evident in “Planetary (GO!)” and the anti-Twilight “Vampire Money.” Cross your fingers that the Fabulous Killjoys make some sort of physical appearance in the not-so-distant future (preferably a comic or cartoon). 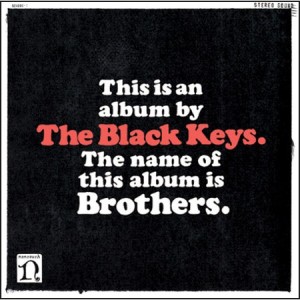 The duo from Akron, Ohio knew how to get down with their bad selves in their newest album, crooning to their beloved in “Everlasting Light” and transforming into a sex beast in “Howlin’ For You.” They show their vulnerable hearts in “Too Afraid To Love You,” but grinned evilly while “Sinister Kid” sauntered into your ears. The Black Keys’ hearts heal quickly, as they sing about their “Next Girl,” and creates more broken hearts with “Ten Cent Pistol.” It’s their best album to date, and it’s about damn time that they’re getting the recognition they rightfully deserve. 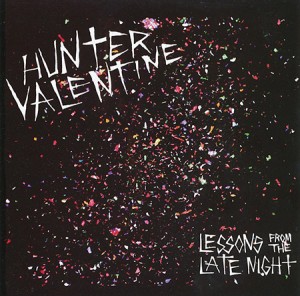 Joan Jett may be the queen of rock ‘n’ roll, but this all-girl trio from Toronto are just about ready to finish what the Runaways started. Raw and unapologetic as hell Kiyomi, Laura and Adrienne tackle those who broke their hearts, while at the same time stealing the hearts of other gals in distress. Listen to “Treadmills of Love” and experience one of the most badass screams to come out of a woman’s mouth in a long time, or check out the honestly-titled “She Only Loves Me When She’s Wasted,” where you can truthfully taste the sadness in McCloskey’s voice. It’s “Revenge” where they earn their Bad Motherfucker badges, a song filled with anger and blood-curdling retribution. See this band in a seedy club as soon as you can, for in a couple years you won’t be able to touch them when they’re selling out arenas. (They’ll still steal your girlfriend, though.) 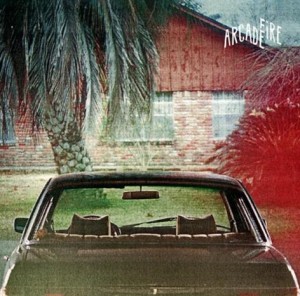 The most down-to-earth honest album about growing up in a long time, and Win Butler’s Canadian friends managed to make it sound magical. Whether it was about the power of imagination in “Empty Room” or running away from harsh realities in both parts of “Sprawl” Arcade Fire took every feeling -- good or bad -- about maturing and becoming an adult. (Listen closely to the two-parter “Half-Light,” and I bet you will remember the exact moment your childhood ended.) It’s sad to see you’re no longer a kid, but being told through a phenomenal album like The Suburbs helps to soften the truthful blow.

3. Stance Punks - The World Is Mine 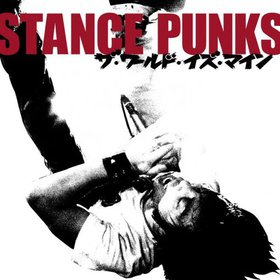 No other band on this planet can make a punk rock album like this Japanese four-piece, and The World Is Mine proves that Tsuru and friends are always getting better. Its title track is the Japanese youth’s rally cry (and with the proper translation it can be ours, too), while “girl” is the best Japanese punk love song since The Blue Hearts’ first played “Kimi no Tame.” In 90 seconds Stance Punks become the punk professors the Sex Pistols once were in “No Teacher For Me,” and warns the newborns about the world they’re about to enter in “Ika Reta Sekai ni Birthday Song wo,” while giving them hope in the end with “Boy’s Carol.” I don’t give a flying fuck about America’s invisible language barrier; The World Is Mine is proof that Stance Punks deserves to be on a major American label and pushed out there for us to raise our fists to. 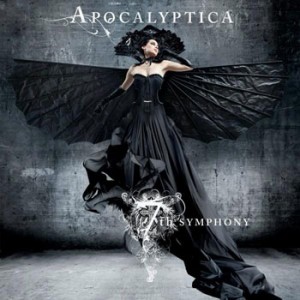 The cello-playing metal masters return with what can be described as their magnum opus. Having Gavin Rossdale tag along in the chart-hitting “End of Me” was a smart move, as it paved way for new listeners to take listen to their alluringly heavy sounds, including “2010” (which features Slayer’s Dave Lombardo) and the Norse-like “Sacra,” a tune that could act as the soundtrack to a viking’s journey through the murky seas. The Finnish quartet show off their soft sides in the biggest way with “Beautiful,” this year’s most heart-wrenching track. If you haven’t ever listened to Apocalyptica, then 7th Symphony will definitely make you an easy fan. 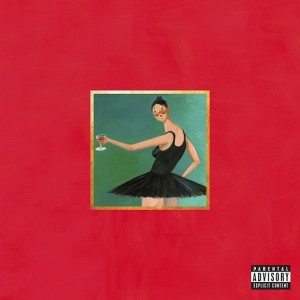 Sorry, Taylor Swift, but while you were out there making your little piece of shit album the Louis Vutton Don was reinventing the hip hop genre in his latest and greatest release. Kanye warns the world of too much dominance with “Power,” brightens the planet with “All of the Lights,” and then darkens it with “Monster” (along with friends Jay-Z, Rick Ross, Nicki Minaj and Bon Iver). “Runaway” proves to be one of the most frightening-sounding songs of the year, but it’s West’s way of raising a toast to the scum of the earth that make it one of this year’s most catchiest ditties. “Dark Fantasy” will manage to lift your spirits, while the closer “Who Will Survive In America” will bring you back down to this scary world. My Beautiful Dark Twisted Fantasy doesn’t just serve as Kanye’s bowl of egocentric-yet-precise words, it also serves as a storybook for present-day life.

That about sums it all up. What about you guys? What albums do you think deserve to be mentioned in your top list of 2010?

Episode LXXIX: Too Many Games Spoi...