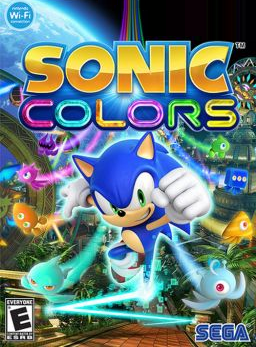 Our blue hero is at it once again, this time battling out Dr. Eggman (formerly Dr. Robotnik, for those not keeping up with the times) in the villain's own amusement park. While crashing Eggman's evil party Sonic and Tails come across Yacker, a little space alien known as a Wisp, and tells the duo (badly translated, mind you) that his entire race is being kidnapped by the hedgehog's nemesis and turned into Nega-Wisps to use as fuel for his amusement park. Fear not, as Yacker and his Wisp friends are around to give Sonic more than just a hand. Will Sonic be able to rescue the Wisps and bring peace to the galaxy once more, or will the nefarious Doctor throw egg in his face?

Let's first talk about the first noticeably noteworthy aspect of Sonic Colors: the graphics. While it may have some hefty competition from the likes of Super Mario Galaxy 2 and Epic Mickey this new Sonic adventure is clearly one of the best-looking games on the Wii this year. Everything from the characters to the backgrounds just jumps out of you with so much beauty and dazzling displays. The Tropical Resort shines as bright as a summer's evening in Vegas, Planet Wisp looks like something right out of Avatar and Asteroid Coaster has moments that seem to literally pop right right off the screen and right into your world. Not since our spiky blue pal first appeared in 3D in Sonic Adventure has there been as many jaw-dropping visuals in a Sonic title. (And yes, I am intentionally leaving the disappointing Sonic 3D Blast out of the equation.) 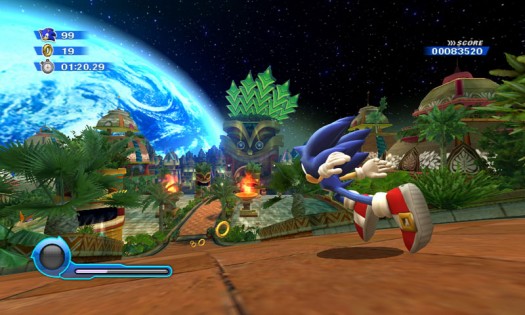 Sonic Colors not only scores high with its visual aspect, but also in its gameplay. It took eleven years, but the folks at Sonic Team have finally figured out how to properly bring our hero into the 3D world. Collecting rings and punishing robots have not been this fun in quite some time, and it also manages to switch from 3D to 2D mode in such a simplistic way (something that the makers of Metroid: Other M couldn't figure out how to do right). The developers knew what the Sonic franchise needed, as well as listened to the fanbase that has been tired of being disappointed in the end. They heard what you wanted in a good Sonic game, and they delivered. Plus the new Wisps power-ups are phenomenally well-done. I especially love the Purple Frenzy power-up, which helps Sonic literally destroy everything in his path. I found the Green Hover to be confusing at first, but when I discovered that all you had to do was hold down the button to fly it made the gameplay easier.

Props must also be given to writers Kim Pontac and Warren Graff (MadWorld, Happy Tree Friends), whose story in the game manages to be entertaining for everyone young and old. Then there's the voice acting, which is shockingly good. New voice actors have been brought in for this title, making Sonic sound badass and Tails talk like a boy for once. (A quick suggestion: let Sonic get away with a "damn," "hell" or "kiss my ass" once in a great while. He looks like he wants to curse, but the E-rating seems to get in the way.) The combination of great graphics, script and actors help the FMVs in the game wildly entertaining. The duo of Orbot and Cubot in the game is also delightful, with the latter's glitchy voice box bringing in more laughs than it should. 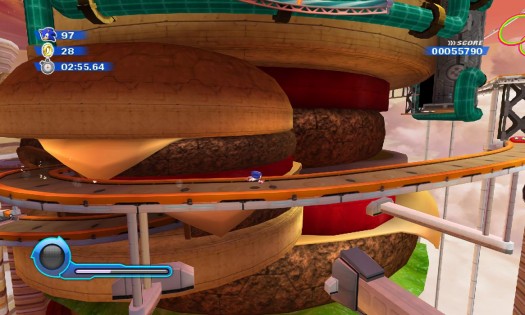 The control scheme in Sonic Colors has more in common with the classic 16-bit games than with current Wii titles. Players hold the Wiimote sideways and use it like a classic controller. The D-Pad serves for movement, the B-button is for slide, the 1 button jumps and 2 button dashes. When you have Wisp powers you shake the Wiimote to activate them, and use the 1 & 2 buttons to use their powers. Its D-pad & three-button scheme will have many people nodding their head in approval, as it shares the characteristics (somewhat) of the Genesis controller. Players can all use the Wiimote/Nunchuk combo or Gamecube controller to play, as well, though I recommend just using the Wiimote in this case.

Playing the game through might take a few hours, but players might want to go back to past levels to try and find hidden paths with the Wisp powers you gain as you progress. On top of that is the mini-game Virtual Hedgehog, where two players can race the clock and beat levels simultaneously. (You can also use your Mii in the levels, adding some extra fun to the mini-game.) It might lead to some confusion in the long run, but for the most part it's a good time-killer. 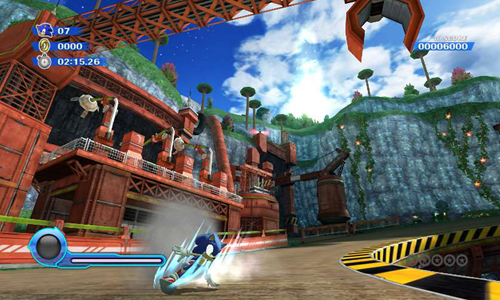 Sonic Colors may not be the absolute best game in the hedgehog's lifetime, but it's certainly his strongest in over fifteen years. The folks at Sega and Sonic Team found its mascot's true calling in this Wii title, as it sparkles and amazes players throughout its levels. Let's just hope they remember what they did right in this title, and bring it along in future Sonic games on the current-gen systems. It may not get as better as this for awhile in Sonic's world, but then again the fastest thing alive should never be counted out for anything.

The Bastards Want To Get You &quot...

Episode LXXV: That Tumor Is Such A...