Which Bastard is the "Deadliest Warrior"?

Which Bastard is the "Deadliest Warrior"?

Well hot damn, if it isn't one of my favorite TV shows turned into a video game!

Deadliest Warrior is another sweet downloadable game. I love the capabilities of using my fiber-optics setup for the Internet, and having a 120 gig hard drive in my XBOX Elite. (Believe me: it's worth going big when you buy your systems.) I never thought that games would be either so accessible, or be almost at the fingertips of what XBOX has done today. Now with taking Spike TV and stepping up and creating a Mortal Kombat version of their show, that puts together the ridiculous idea of men in a think tank, where they wonder about certain figures or warriors in history, and then put them up against one another with science and other such methods to prove who just might be the deadliest warrior. 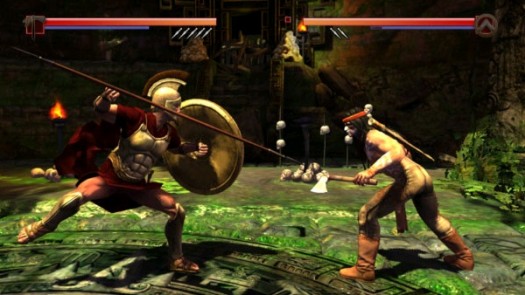 Deadliest Warrior: The Game has eight warriors that you can choose from (such as the Spartan and the Apache, as seen above). The other six warriors included are the Viking, Centenarian, Samurai, Ninja, Pirate and (last but not least) the Knight. These characters do have their unique weapons and serious areas of strength, but all have their weaknesses as well. When you start playing the game you're most likely going to get your ass beat (unless, of course, you're a button-mashing whore). Another one of my suggestions will help you real fast: if you notice you're getting your ass seriously beaten to a pulp almost every round, go to the Options menu and turn down the difficulty. The reason I say this is because I found out that the game actually starts off in the hardest mode. Personally I think it would've been absolutely brilliant on their part if it started the game with asking what difficulty you'd like to play. 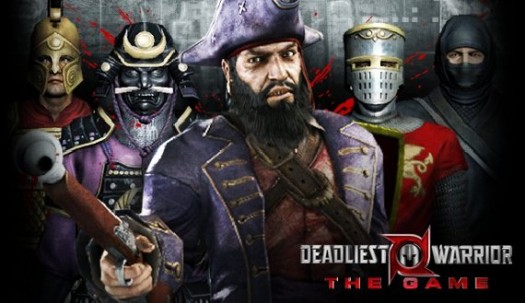 With Deadliest Warrior: The Game they did an awesome job on the blood, but yet there is an issue with the controls. Sometimes when you're actually attacking you'll end up on the other side of the character you're fighting, leading to the "surprise buttsex!" that you just got fucking killed because you couldn't move around fast enough to stop getting massacred (especially when you're playing the game on the serious difficulty mode). With playing this game I had my fellow Bastards and friends come over and try out the game as well. They were having a fun time going through the arcade setup, along with getting frustrated about losing so many times in a row. 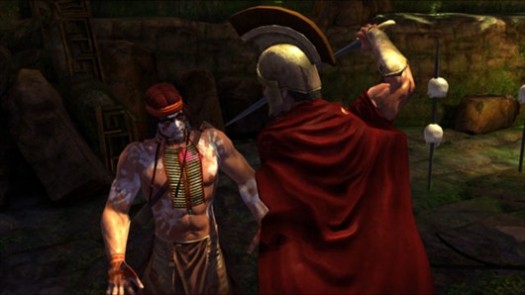 Let me put it this way for my rating to get it out of the way: I'd give Deadliest Warrior: The Game two thumbs up, but if it was in a five-star rating setup I would give it a 4-4.5. The reason I say that is because you're only dealing with regular warriors, where the only fucker that seems too modern for the fight is the gun-totting pirate. I suggest that the Spike Games group make a shooter version of the TV show, which would be a sick idea if you think of it. If you remember playing Call of Duty from 4 to 6, they have it set up so you can do a run and shoot. I think that it would be bad-ass that way to show you how the weapons work, how they affected things in history today and then put you into the actual scenarios of the game. Believe me: I love my shooter games, and this would be the bad-ass setup (i.e. SWAT Vs the Navy Seals,  GSG9 Vs Spetsnaz). The list can go on and on with the show they have created. If you got a 360 or PS3, and you're able to download games I would say go for it. However if they have the setup for the trial/demo go for that before actually buying Deadliest Warrior: The Game.

Deadliest Warrior: The Game
Console/Platform:  XBOX Live Arcade, PSN
Company: Pipeworks Software
Gameplay: Action/Fighter
Website (This is the website for the TV show, since they really didn't have one for the actual game.)

Episode LVIII: Cocaine Does Not Ma...