HomeVideo GamesAre You Ready For Some "Combat"?! 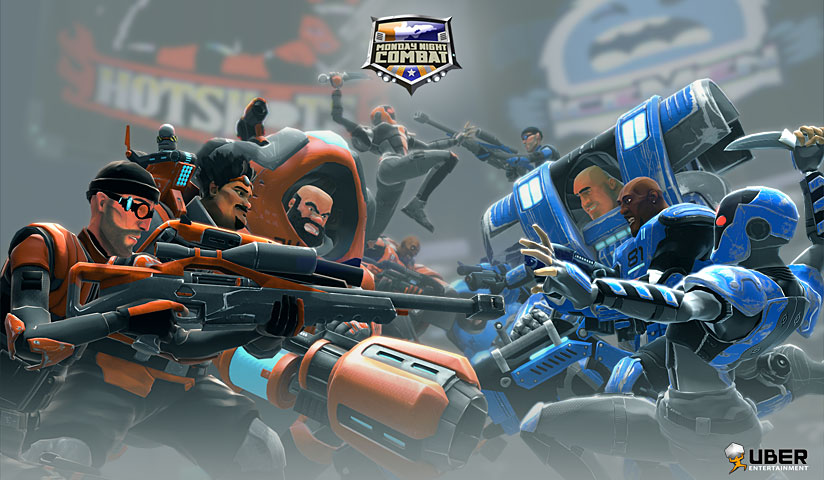 Oh hell yeah, it can be Monday Night Combat at any time. The wait is finally over to play this sexy-ass game. It's fast-paced, brutal and all of the above if you can think of anything more gorgeous!

Monday Night Combat is something that I have been waiting for since I found out about it before PAX East. Getting to see the game in action at PAX was just incredible. Only problem, however, is with all the running around we had to do for interviews and other such things I didn't get time to sit down and officially play this game. Now if you're wondering how many points this is for Xbox Live, you are going to have to pay out 1200. But having said that it's definitely worth every point. The game gives you regular play so you can get your skills up and learn how to move each individual character. (The characters all have their own methods for killing.) 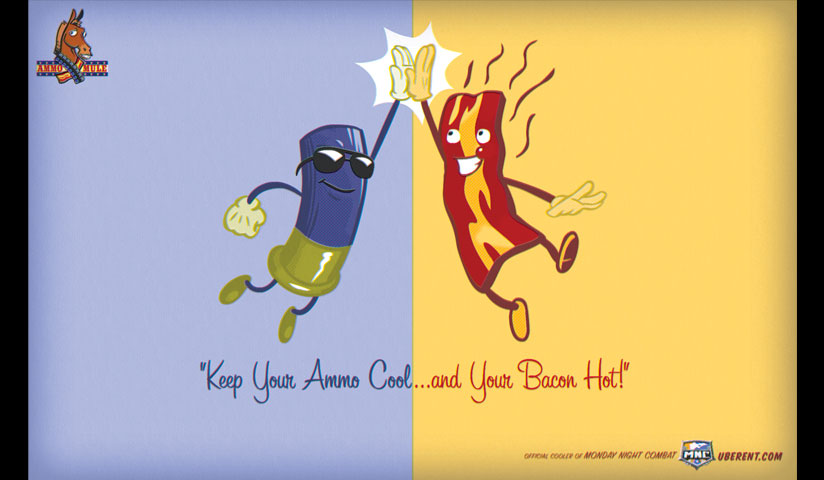 Love to keep killing and cook up my bacon all at the same time! A guy like me can get hungry when there is so much killing.

The game is based on like how Monday Night Football should really be, with people running around killing one another and bots to earn as much money as possible. Also you get to have fun blasting the shit out of that damn mascot with the damn shit-eating grin on his face. (What the mascot really is is a fan that has voluntarily put themselves in the line of fire, running around the field and getting blasted by the heroes of the game.) They also have the Pit Girl, who helps you up grade turrets and fixes things up. (Great eye candy, too, by the way.)

With the controls on the game, it works pretty good considering. For those who don't like advanced controls, this is a perfect game for you. Advanced players, though, can make the game seems impossible hard, especially with the sponsorship power-ups they designed for the game. You have to pay close attention to what you are doing during game play, otherwise you can end up being attacked on all sides. It's good to play the Blitz games first in order to get really good at the online setup. Don't worry if you can't play online as well, as it doesn't affect you that bad. In fact it actually goes towards you moneymaking and skills, so it's all good! 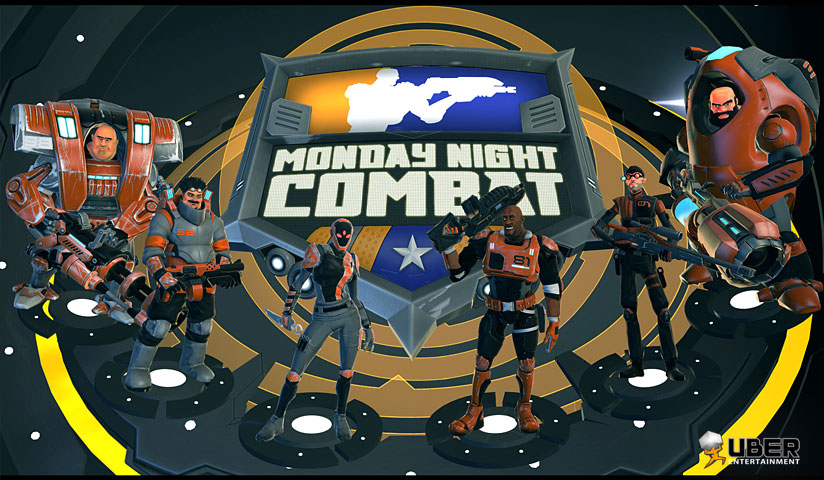 Main combatants in the game

The game features many types of characters to play around with. You've got Gunner, who is a big-ass mean son-of-a-bitch with a kick-ass Gatling gun. When fully upgraded he will lay waste to everything once the character goes to create some serious cover fire. Next is the support guy, a medic who helps heal everyone in the game. He also has some pretty cool weapons to help kick ass and take names. The Assassin is a lovely little lady that likes to run around supporting daggers, throwing stars, swords, etc. You want to take her out from afar, because she can be deadly up close. This Assassin kills in style, so watch out for her.

Assault is basically the leader, good for making big plays, has an awesome rifle and is definitely a good character to start out with. The Sniper is one fucking awesome character, whose sniper rifle is practically unbeatable when it's upgraded. (His machine gun pistol also helps him be quite the powerhouse.) Last but not least is the other big guy of the map: the TANK. This character is big and slow, but he makes up for it with his ass-kicking powerful guns (i.e. laser rail gun, jet gun). He's a strong character, and a must-have on the team to help win your rounds. (Click here to get the bios from the website.) 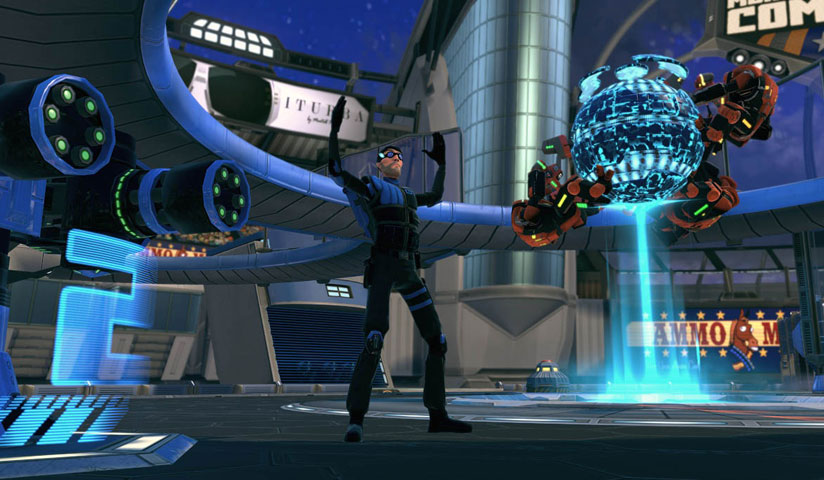 All I have to say to this game is it's ALL GOOD!!!! Monday Night Combat takes the cake, and it sure beats the pants off Team Fortress 2. It is going to be a game that I won't get enough of. All I can ask for the people who designed this game is to keep up the good work, and if you got any more downloadable stuff to add on to the game to please do it soon!

Now if you're wondering where the Assassin and some of the other characters got their sexy moves, I'd have you watch the video above. I want to be like Azo, not fucking Michael Jordan.

Episode LIX: Scott Pilgrim VS The...