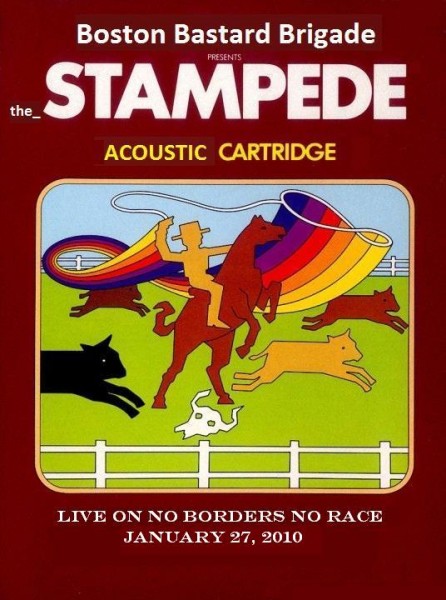 The Boston Bastard Brigade would like to present you with the first of (hopefully) many free live albums.

On January 27, 2010 local rock band the_Stampede came into the studio to perform a live acoustic set on our radio show No Borders No Race. Originally supposed to play for just half an hour the duo managed to take over the airwaves for double the amount of time. Thanks to them WMWM Salem had their highest online listenership since it first went online in October 2008.

This is the_Stampede's entire performance, along with in-between banters with myself, the band and Blueonic. The audio quality is good (but not great), but it's free. So why complain?

Laughs and Flaws Abound in "S...