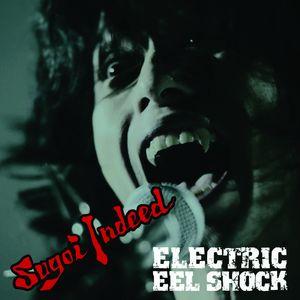 Electric Eel Shock have announced the release of their latest album for October.

Produced by the Japanese metal leaders themselves and engineered by Grammy-nominated producer Attie Bauw (The Scorpions, Judas Priest), the aptly-named "Sugoi Indeed" is indeed a super-step in the right direction.  According to their press release, the album was made by funds sent by fans through the SellABand website, and was recorded in their homeland in Japan rather than in Holland like their last two releases.

Judging from the samples on the band's website, fans new and old are in for a huge treat.  Tracks like "Metal Man" and "Mr. Toad" bring back the heavy metal trio to their "Go USA" days (or "Go Europe," depending on where you live), whereas "Goodbye, Peach" reaches out to the times where hair metal reigned supreme and was top of the game.  Also sounding top-notched are "Out of Control" and "No Shit Sherlock."

"Sugoi Indeed" will be released in Japan on October 8th, with releases all across the globe later on in the month.  A world tour will follow, including stops in the US and UK.