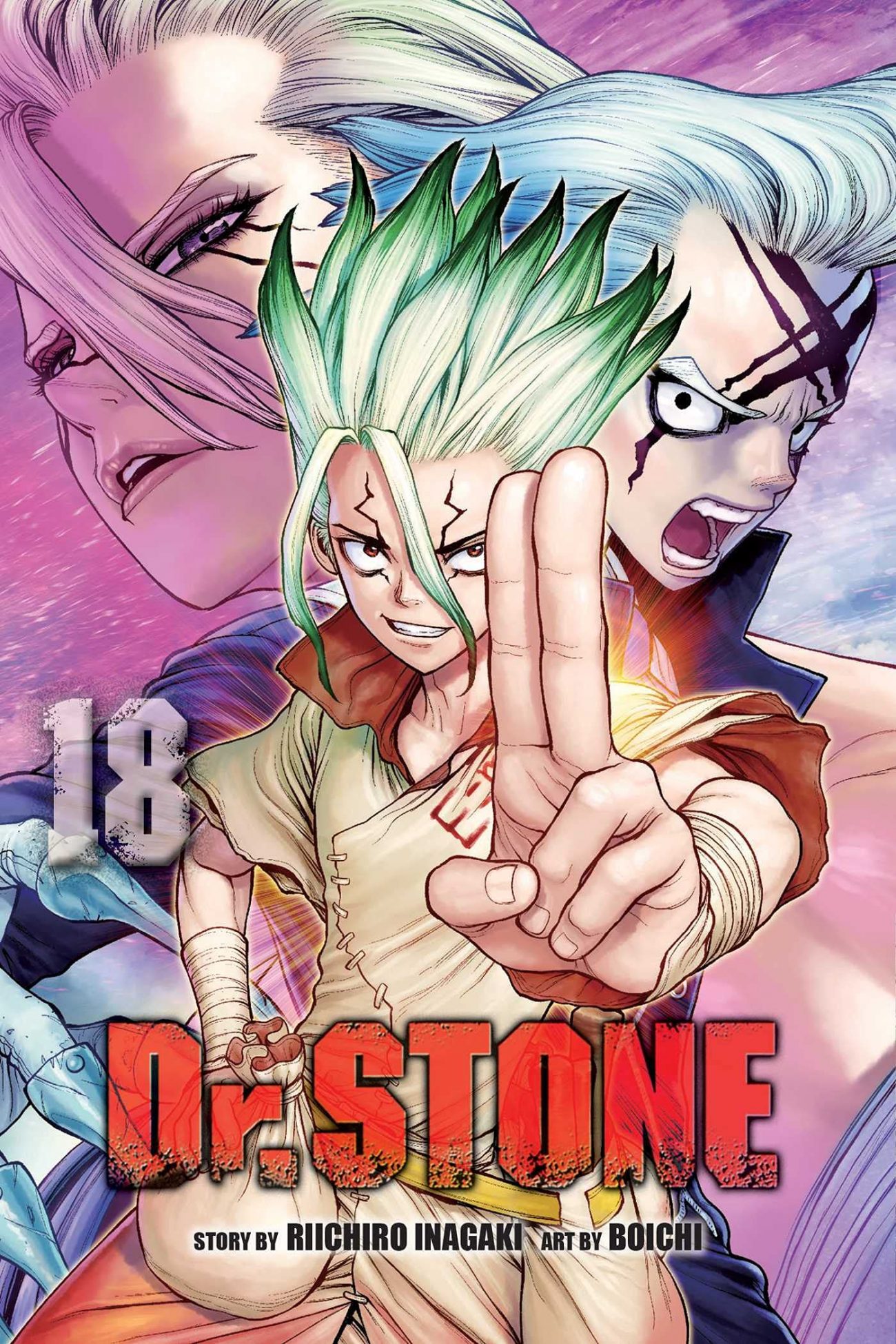 It was bound to be revealed that there’s more than one Kingdom of Science in the realm of Dr. STONE. Japan’s not the only home for the brightest minds; the United States has their fair share, as well. So when Senku and the gang arrived on the US shores in its last volume, it was kind of a surprise that the smartest guy in the series didn’t think a situation like this was in the cards. But now, in its eighteenth volume, Dr. STONE places two powerful brains in the squared circle for a true battle of wits.

Now in America, Senku must figure out a proper way to gather enough corn to make more revival fuel. But Dr. Xeno has plans to take out the leader of the other Kingdom of Science, as Gen fools him to think that it’s Taiju. His #2 man Stanley sets off towards their boat to snipe Taiju, with the so-called “smooth operator” Luna acting as a measuring guide to take the proper shot. However, as soon as Luna gets to the ship, her emotions overtake the plan. 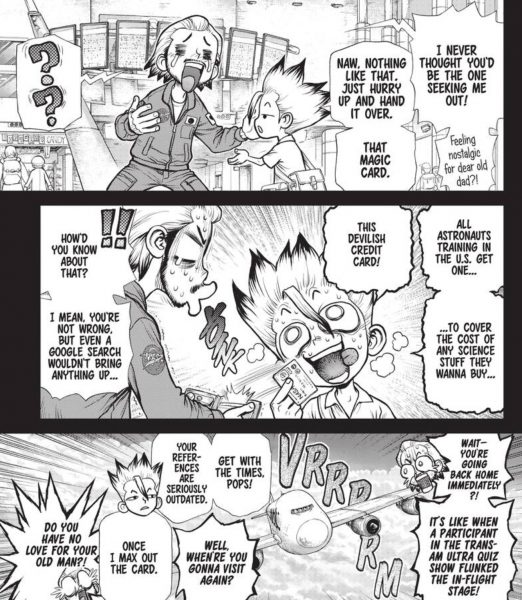 It’s a flashback to before the petrification event where readers see how Senku and Dr. Xeno are connected that makes the situation even more interesting. The young Senku’s exchanges with then-NASA scientist Dr. Xeno showcases how the new antagonist helped to mold Senku into the man he is today. While Byakuya was the main influencer on Senku’s love for science, Dr. Xeno showed him the ropes regarding how to do proper experimentation. Yet even back then, despite his good-natured help, Dr. Xeno had some ill-advised ways of thinking regarding how the world should be ruled.

While it’s no surprise to see a manga showcase the smart American as a premier villain, Dr. Xeno comes off more as a living embodiment of every bad decision made in the US. His “shoot first, ask later” mentality certainly comes from the terrible attitudes of certain soldiers and generals, not to mention the usage of his intelligence for his own greed instead of the greater good. Dr. Xeno and Senku may both have the same level of intelligence, but the Japanese scientist has the interests of everyone else rather than himself. This becomes apparent when Luna plays pretend when boarding Senku’s aircraft carrier-to-be. 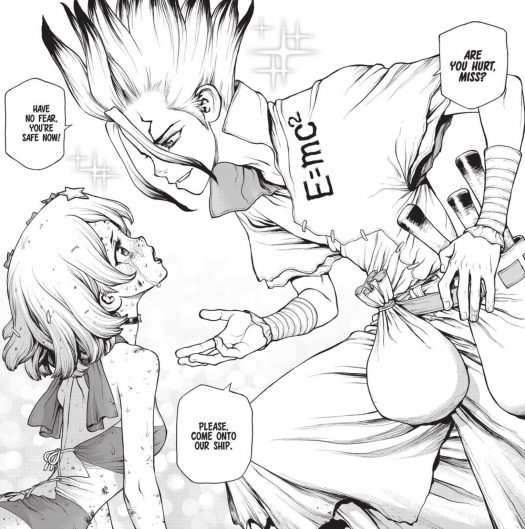 Instead of being treated as a hostage, Luna is given as much care and concern as someone who’s always been by Senku’s side. Her eyes open to the kindness he brings to everyone, even with a small gesture like giving her soft-served ice cream. Seeing what he can be capable of, Luna has plenty of reasons to backtrack on the plan for Stanley to take out the smartest man in the group. Unfortunately, the aborting of such a plan comes far too late…

Who did Stanley pull the trigger at? Is the target hit? Whoever may had been the final mark of choice, the situation puts a lot of heavy responsibility on the likes of Chrome and Kohaku. Volume Eighteen of Dr. STONE is as deep as it is informative, as it lays out the groundwork for what could be the toughest battle in Senku’s life. While it’s natural to get excited for it, one must also take it in elegantly, so to speak! 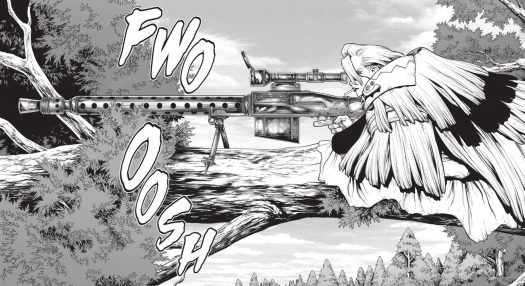