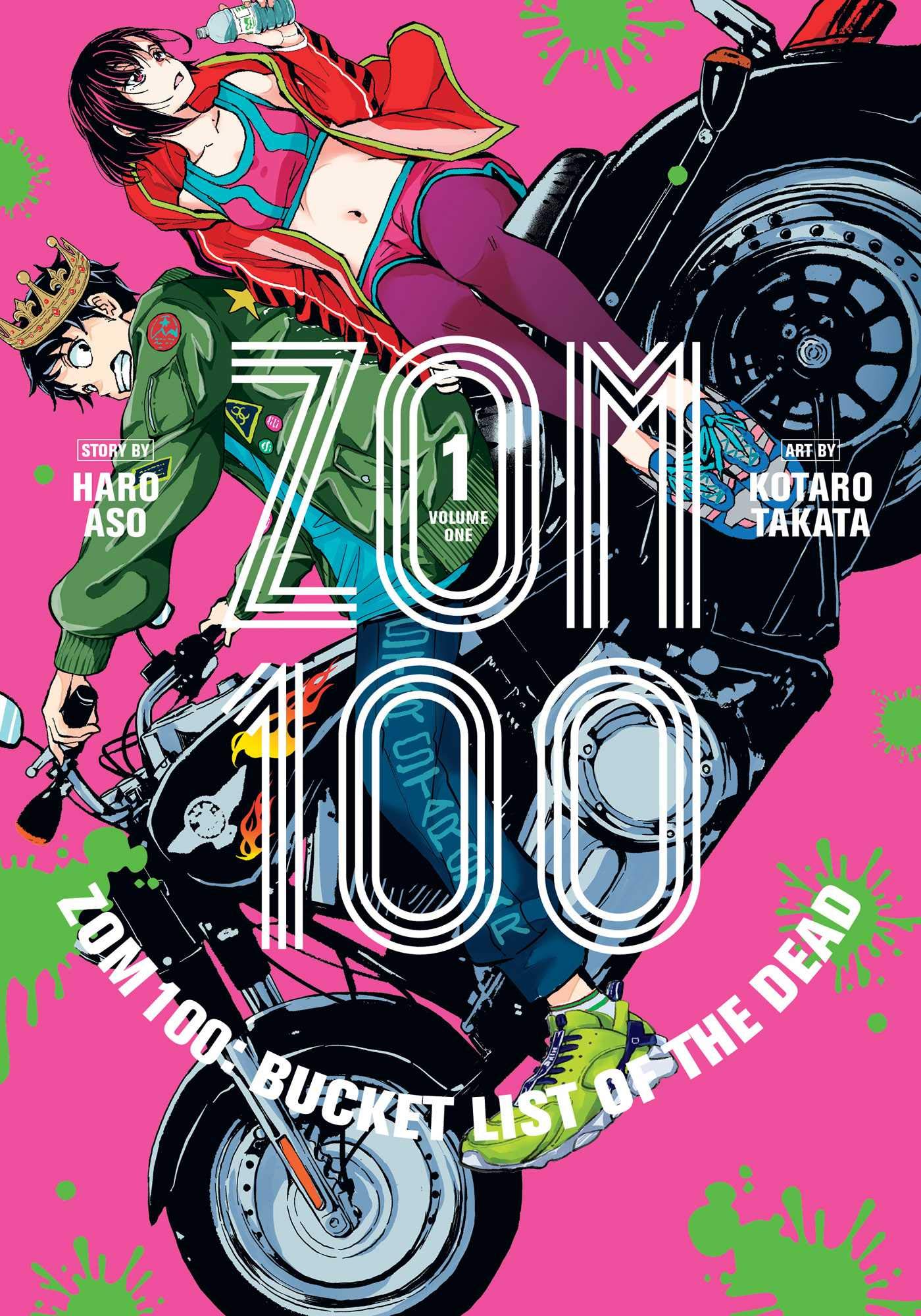 The daily grind can leave anyone dead inside. Waking up, going to work, coming home, and falling to sleep is no way to live. Sometimes it takes a wake-up call to realize that one’s life is wasting away as a cog in the corporate machine. For Akira Tendo, our hero in Haro Aso and Kotaro Takata’s new manga Zom 100: Bucket List of the Dead, it takes the end of the world to realize how much time he’s wasted.

Day in and out, Akira is worked to the bone at a company that makes commercials. What was thought to be his day job winds up sucking out all the joy and essence of his well-being. His boss yells at him and his coworkers, almost everyone brags about how much unhealthy overtime they’re pushing, and — worst of all — Akira’s work crush is banging one of the higher ups. It is, as one can imagine, the worst-case scenario for any person in a first-world country to experience. 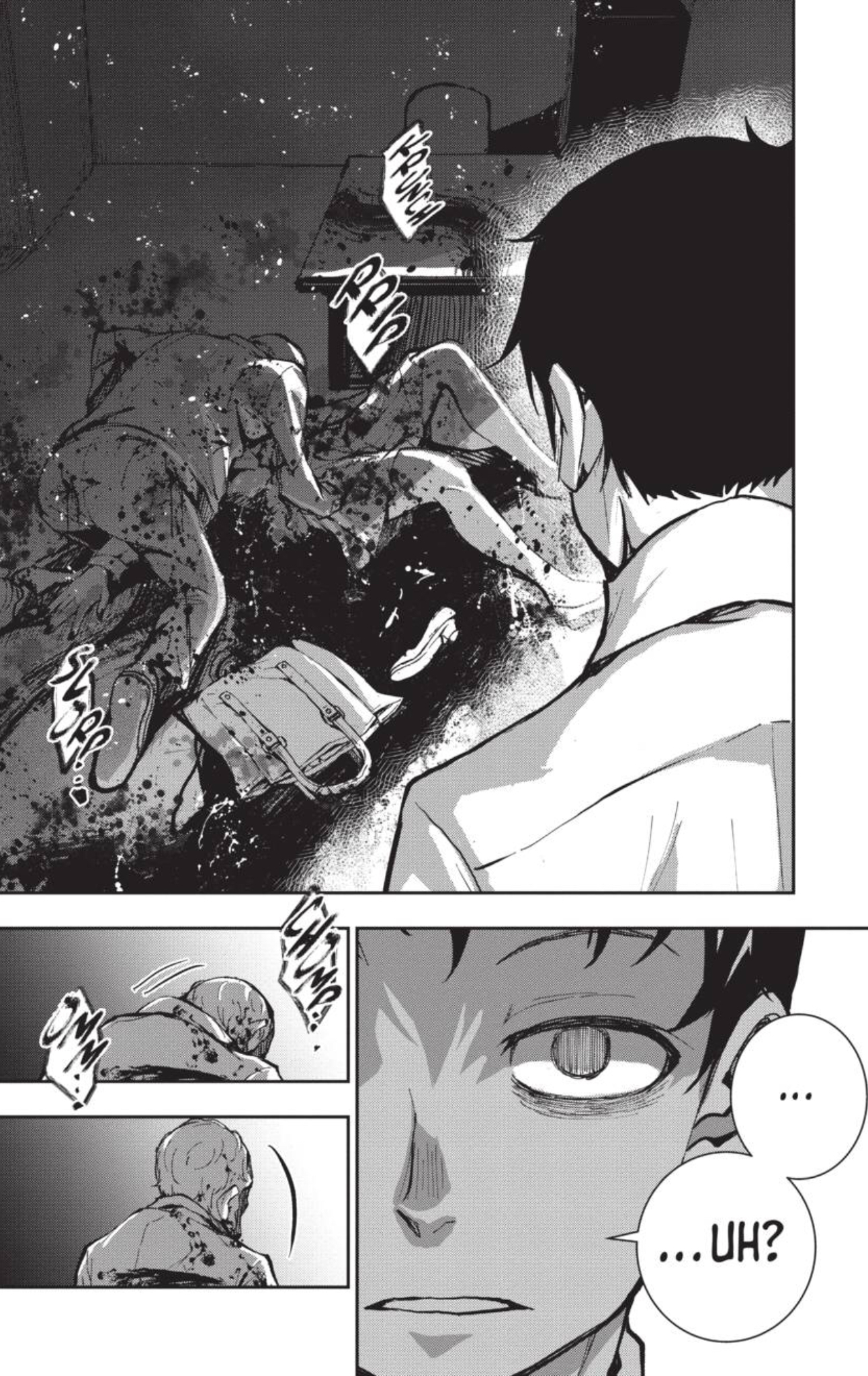 But it all changes one day, as Akira wakes up to find that the undead have taken over the nation. Despite the fear of being eaten by zombies, Akira feels free for the first time in ages. After telling his (zombified) boss that he quits and confessing his feelings to his (zombified) crush, Akira starts making a list of things of a hundred things he wants to do before he might join the ranks of the walking dead.

Zombie stories have been done in so many ways in all forms of entertainment, so it’s hard to be original these days when coming up with new tales to spin in that sub-genre. What writer Aso does instead is take the zombies, and instead make it the backdrop of the narrative rather than the forefront of it. Zom 100 isn’t about trying to survive a rotting apocalypse; it’s about living one’s best life in spite of it. This is evident in the list Akira makes for himself. 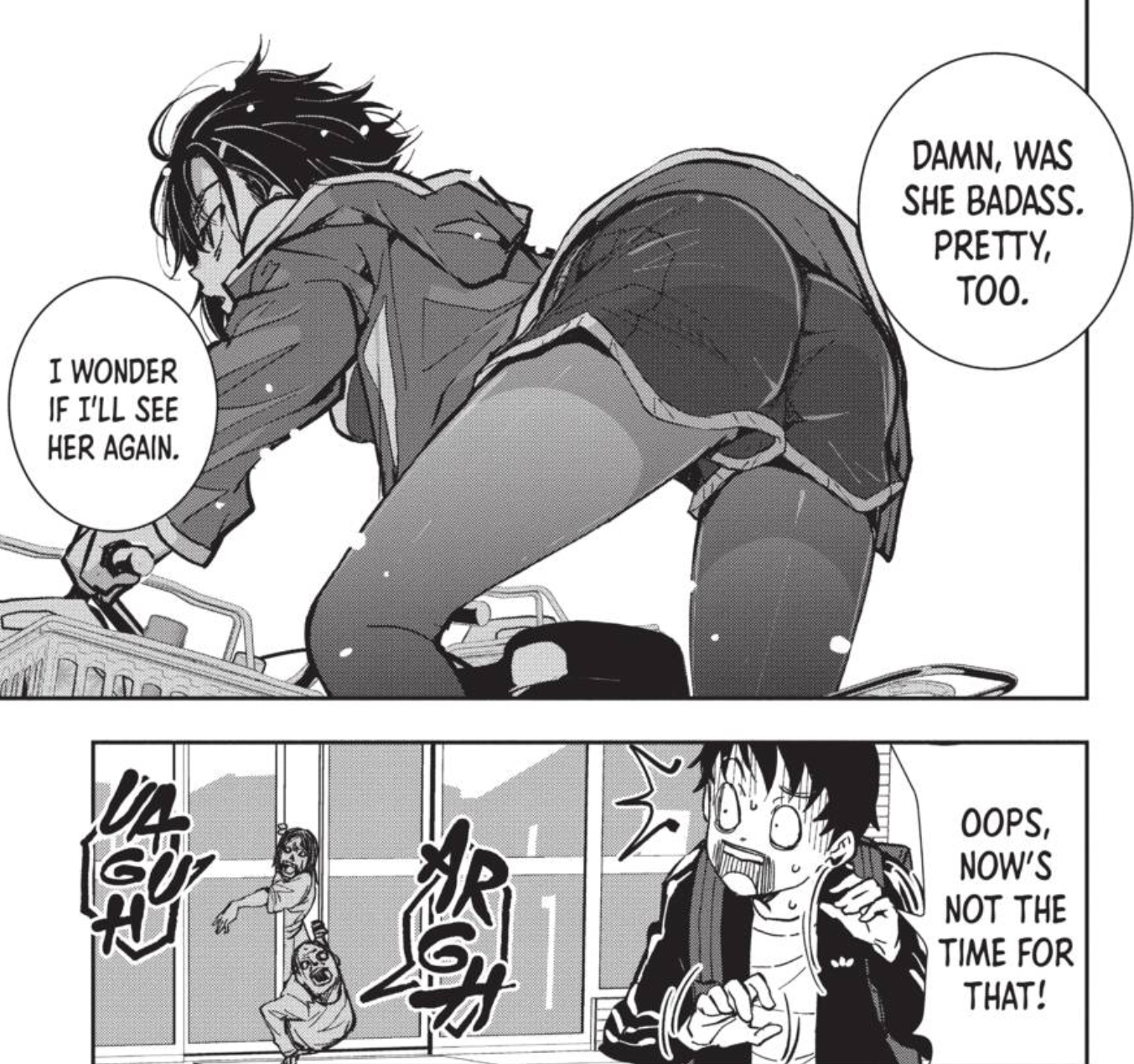 The goals Akira writes down range from the simple to the complex, from growing a beard to holding an outdoor concert. He takes his time, as he aims to start out simple like making a beer run and attempt to catch up with an old friend. However, the comedy comes from the fact that he’ll need to accomplish all of this while dealing with the zombie outbreak. Him merely waving off the threat like it’s nothing also makes for some great visual humor, which is punched up via Takata’s gorgeous-yet-gruesome artwork.

But it’s not just about Akira’s quest, as we are also introduced to his Kencho, whose lifelong goal has been drowned out by the thirst for the almighty dollar. He is introduced in hilarious fashion, barricaded in a hotel room with a call girl who’d be the worst candidate to get a quickie from. There’s also the health nut Shizuka, and while her presence is currently short, her survival instincts and badass persona certainly has both Akira and the readers’ attention. 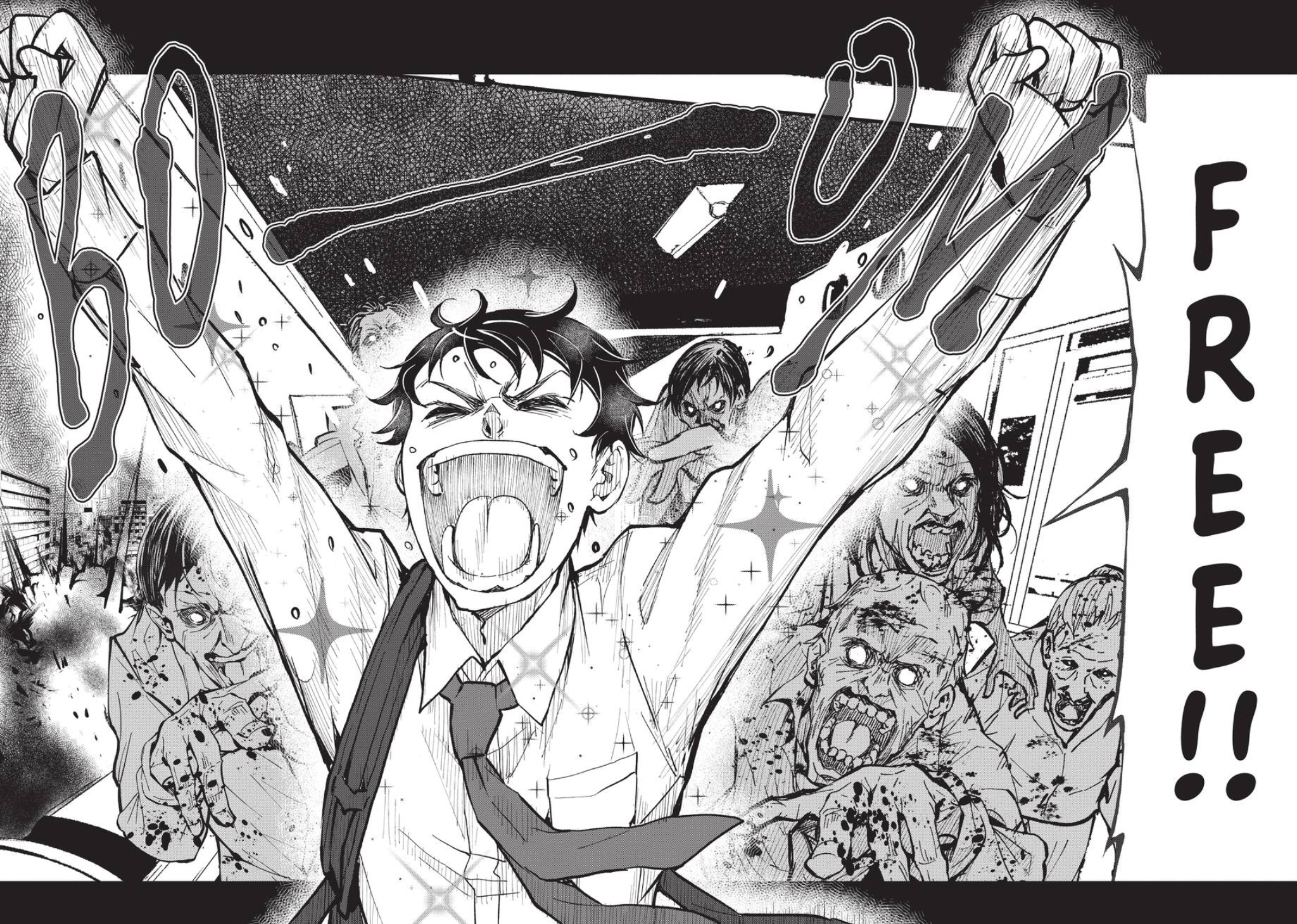 Zom 100: Bucket List of the Dead has great potential! Its first volume hits all the punchlines well, and the visuals pack both the beauty and the grossness of a world under an undead-riddled cover. One hopes that it can keep the pace going as fast as Akira pedals his bike through the dangerous streets of Shinjuku. If it can, then you can consider Zom 100 worthy of any love confession, beer run, or even naked leap across two buildings.