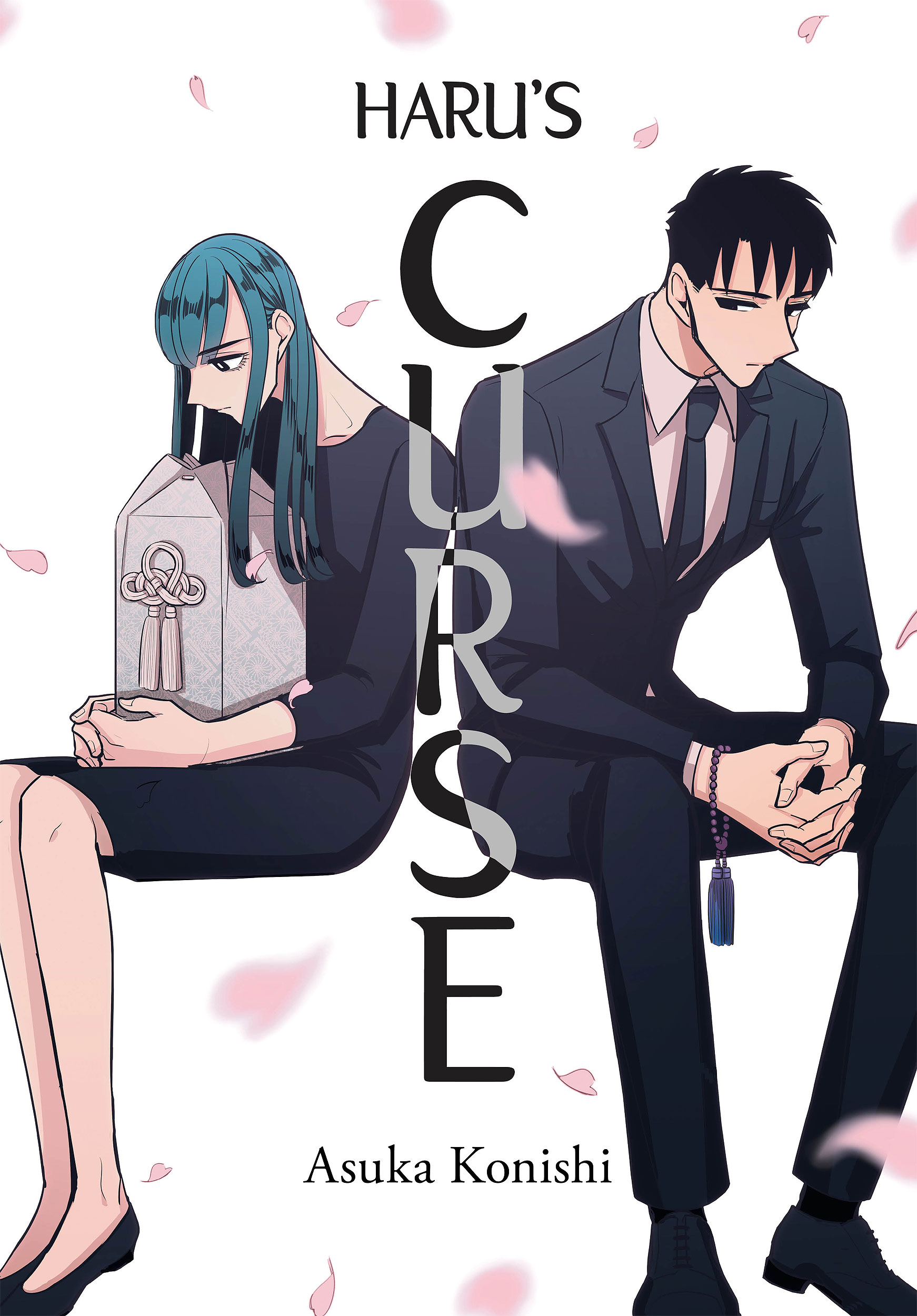 There’s a lot to digest as you read Haru’s Curse, the English-language debut of manga writer Asuka Konishi. Its premise alone would make some people cringe, a feeling that would be understandable if what happens here happened in real life. And yet, how it handles the subject matter is spellbinding, in ways that make it one of the biggest surprises to land on my doorstep.

The narrative of Haru’s Curse is a tricky one. Natsumi’s younger sister Haru has just died after a lengthy battle with cancer. Soon after the funeral, Haru’s fiancé asks Natsumi out on a date. Reluctantly, Natsumi agrees, but with one condition: “Will you bring me to the places that you and Haru went to together?” Soon, the two begin bonding over the memory of Haru, as they find many things to keep themselves seeing one another.

But as they date, a lingering guilt fills Natsumi. Would Haru be okay with this, she’d wonder, as Natsumi sometimes feels her presence around her. Despite their closeness, Natsumi still has trouble figuring out whether or not Haru would be okay with her seeing Togo. Things get a little more troubling after Natsumi finds Haru’s online diary. As she starts to read it, she discovers another side of Haru that she didn’t even know existed.

Much of Haru’s Curse deals with Natsumi’s grief over Haru’s death. One instance even has her attempting to end her life so as to end the pain, only for Togo to come at the nick of time. Despite Togo’s somewhat cold exterior, he’s also dealing with a lot of grief over the loss of Haru. Separately, Natsumi and Togo wallow through a pathway of pain and anguish over the person they loved being taken from them, only for their paths to meet up once more as they begin to understand the kind of person Haru truly was.

Even in the face of death, Haru put on a brave face for the sake of her sister and fiancé. Yet as Natsumi reads through her diary, that bravery was far from the truth of how she actually felt. She had her good days, but what Natsumi discovers is that Haru wished to be a lot more stronger than she was claiming to be. With these passages, Natsumi not only finds the real Haru, but also discovers just how she envied her older sister in many ways.

Konishi’s narrative weaves through some dangerous thought processes, but does so in a way that brings out the more humanistic characteristics of Natsumi and Togo. While they do start to feel for one another, their guilt over what Haru would think of their partnership is what lands them back into reality. The situation that they’re going through is a tough one, with no kind of solution that anyone could agree upon. However, they realize that they just can’t pretend that these feelings for one another don’t exist.

As such, the “curse” in the manga’s title becomes the weight of Natsumi and Togo’s responsibility on their shoulders. What they’re doing isn’t wrong, but one cannot help but wonder how Haru would feel seeing the two of them dating. Her thought process is hinted at in her online diary, with Natsumi fearing that Haru would drag her to Hell for what she has done. Despite this, neither she nor Togo can fight off what their hearts are wishing for.

Haru’s Curse isn’t your average manga; in fact, it’s quite hard to categorize it. There’s romance, drama, and even a level of suspense thrown in for good measure. But it accomplishes a lot in its 350 pages, bringing forth heartache and thoughtful discussions about what the dead would want best for us. This may be the first time the English world’s been acquainted with Konishi’s works, but if Haru’s Curse is a sign of things to come, then we will surely hear a lot more from her in the near-future.