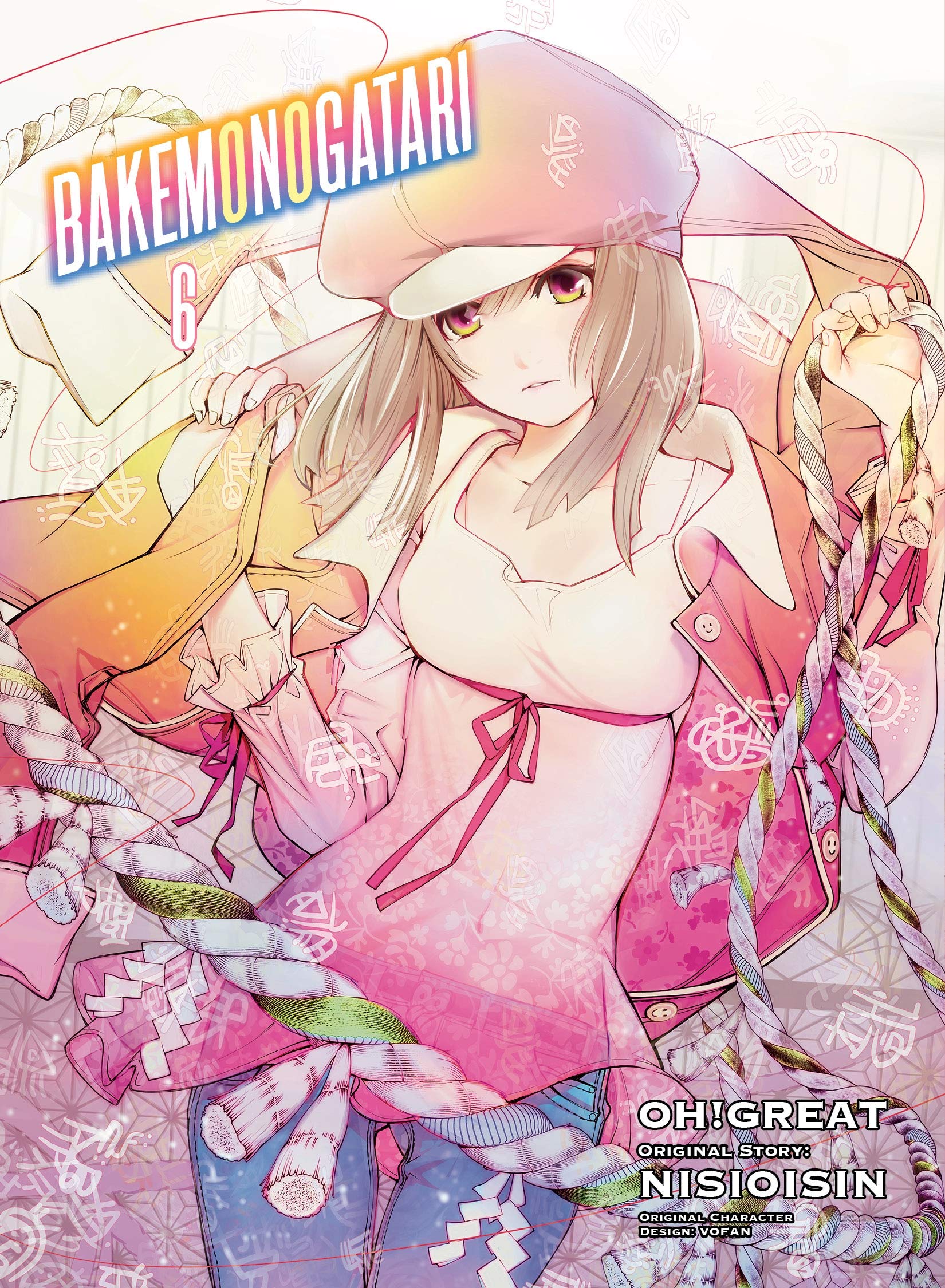 Whether they be curses or aberrations, finding ways to break them are easier said than done. Sometimes, a great sacrifice needs to be made; other times, one has to dig deep in their soul and pull something fearful out of it. In the case of Koyomi in Bakemonogatari, our protagonist has had to go to extreme lengths to defeat these aberrations. However, in the sixth volume of Oh!Great’s manga adaptation of Nisioisin’s light novel series, it’s not Koyomi that is able to defeat this curse.

Koyomi is still in the midst of an epic battle with Suruga, whose Monkey’s Paw aberration is literally beating him to nothing. But out of the blue, Hitagi appears, tagging herself into the battle as Koyomi heals from his wounds. What follows is a battle not of strength and wit, but of pure emotion. Meanwhile, as Suruga’s aberration is somewhat conquered, the next individual that needs saving appears, with a past that intertwines with Koyomi’s.

The first third of this volume of Bakemonogatari puts an end to Suruga’s arc, with a stunning display of action and mayhem. Oh!Great has this way of bringing brutality past its visual limits in his drawings, as Koyomi’s bones, skin, and intestines are broken to near-nothingness. And yet, it never reaches gruesome levels; quite the contrary, it’s captured beautifully in many uncomfortable ways. How the fight ends is slightly poetic, giving way to a newfound friend that was hidden beneath someone you’ve seen only in passing.

That is, until Suruga starts to tease Koyomi to the extreme. Koyomi invites Suruga to help with an errand, with her taking the whole thing in as if it were a date. (Considering the fact that she’s a lesbian, one hopes it stays in a jokey tone.) The two of them dig deep into their thought processes through philosophical jargon and horn-dogged banter, with both revealing to one another their true pervy ways. It can be funny at times, but there are a couple of elements in their chats that can raise an eyebrow or two.

Which leads to Bakemonogatari’s next subject: Nadeko Sengoku. It’s not revealed yet what her aberration is, but considering her habit of beheading snakes, it’s hard not to point out the slithery path that’ll lead to the reveal. Her link to Koyomi’s sister might also give way to her curse being around enough for him to notice something was off back then. But until then, one can only go by the clues that these chapters have thrown at its readers to see where Nadeko may take Koyomi in the near-future.

Volume Six of Bakemonogatari has a great mixture of extreme action and solid comedy, but it does go on an uncomfortable path here and there with the dialogue. The series isn’t exactly for everyone, especially for those who have trouble dealing with over-layered narratives. Then again, Nisioisin is a master of telling these types of tales, with Oh!Great’s ability to capture it in visual form at the same level. (Credit must also be given to original illustrator VOFAN, whose dreamlike artwork are a marvel to look at!) With a new aberration about to stick its forked tongue out, Bakemonogatari finds plenty of ways to keep its readers pulled into its crazily brilliant narrative!