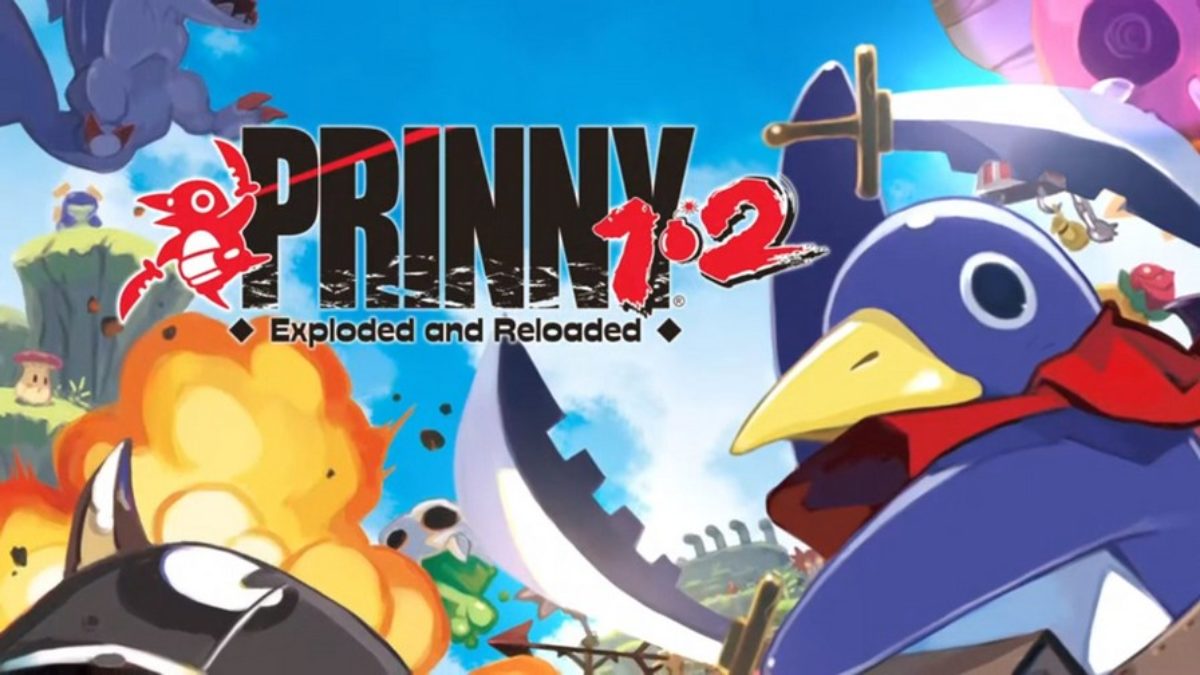 When people think of Nippon Ichi Software, the first thing that comes to mind before even the Disgaea series are those darn Prinnies. The demon-winged exploding penguins are to NIS America as the Rabbids are to Ubisoft: annoying little bastards that somehow are still funny to watch! Over a decade ago, the Prinnies were given the chance to shine in their own adventures. The problem: they were released on the unpopular Sony PSP, resulting in them being brushed under the rug despite some critical acclaim.

Fortunately, with a heart as kind as Etna’s, those two adventures — Can I Really Be The Hero and Dawn of Operation Panties — are being given a second chance with the release of Prinny®1・2: Exploded and Reloaded! Have they aged well? The short answer: yes, but to a point. 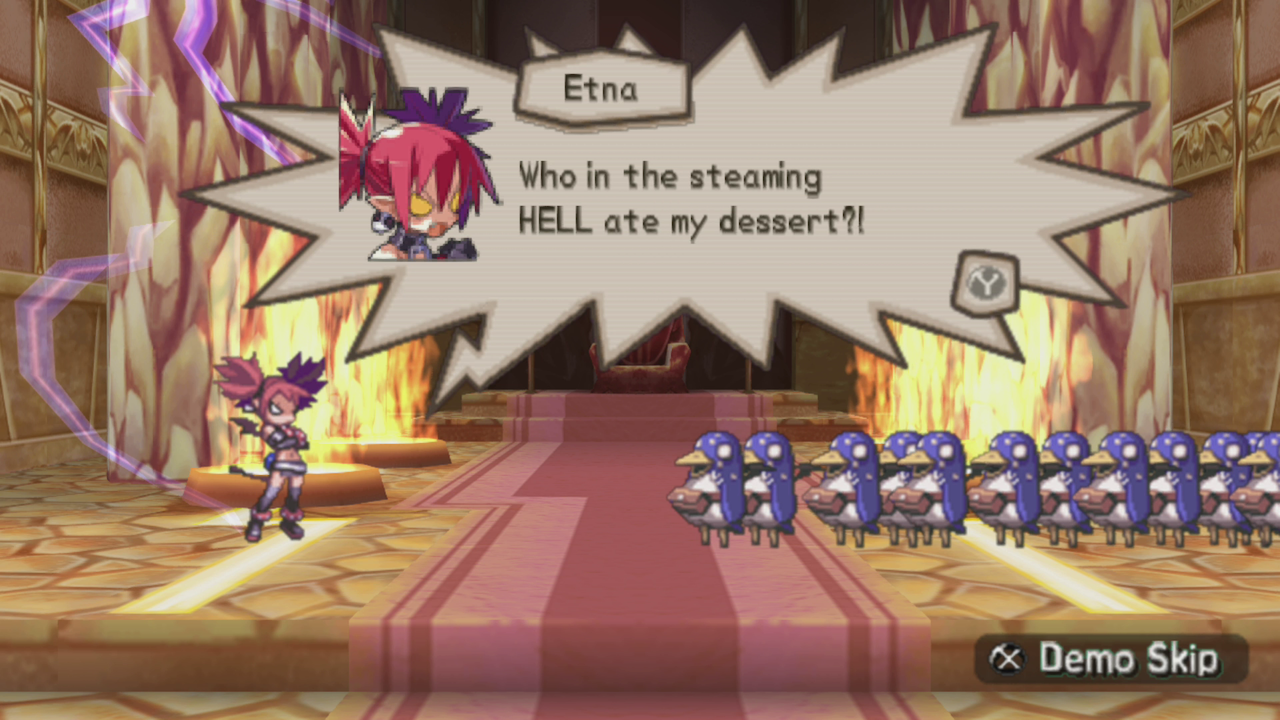 The two games follow a similar plot line, as Disgaea best girl Etna calls upon the Prinnies when something of hers goes missing. In Can I Really Be The Hero, her dessert gets snagged, and forces a Prinny to set out to get her a far better sweet treat. However, in Dawn of Operation Panties...well, you can tell what gets stolen just from that title alone, right? Broken up into six levels each, the two games have a Prinny jumping, slaying, and — sometimes — exploding through to get Etna what she needs. Otherwise, fried demon penguin will more than likely be on tomorrow’s menu.

It’s a fairly standard gameplay affair regarding Prinny®1・2, as you aim to get from one side of the screen to the next. However, your Prinny can only be hit between 3-4 times (depending on your difficulty setting) before it explodes, forcing you to start from your most recent checkpoint. Thankfully, with checkpoints scattered throughout, getting to your destination under the ten-minute time limit is fairly simple. The real challenge then comes in the form of the boss battles at the end. 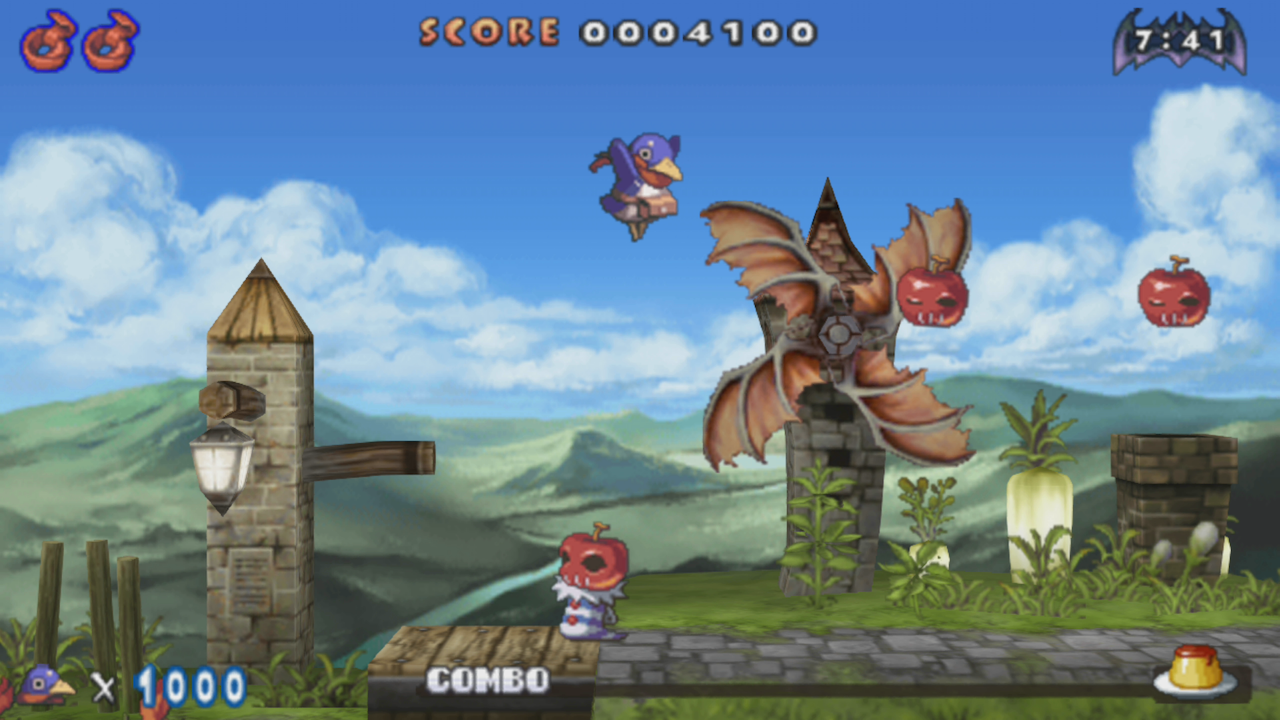 At first, the bosses seem easy to deal with, as one can read their patterns no problem. But the higher your levels go, the tougher the bosses get, sometimes with double the trouble to deal with. It’s these moments when Prinny®1・2 truly shows its claws, as the difficulty can spike even on the easiest of settings. And like the main levels, you only have X amount of times to defeat them before you die and have to start again.

The way health works is perhaps the most frustrating part of these two games. You only get those 3-4 times to either reach your next checkpoint or get to the Boss’s entrance. Even with the snacks you collect in the levels, none of those replenish your lost health, resulting in you being extra careful not to die when you’re on your last legs/webbed feet. As such, you’ll be forced to play certain parts of levels over and over again, as your 1000 lives start to dwindle on the bottom left part of your screen. 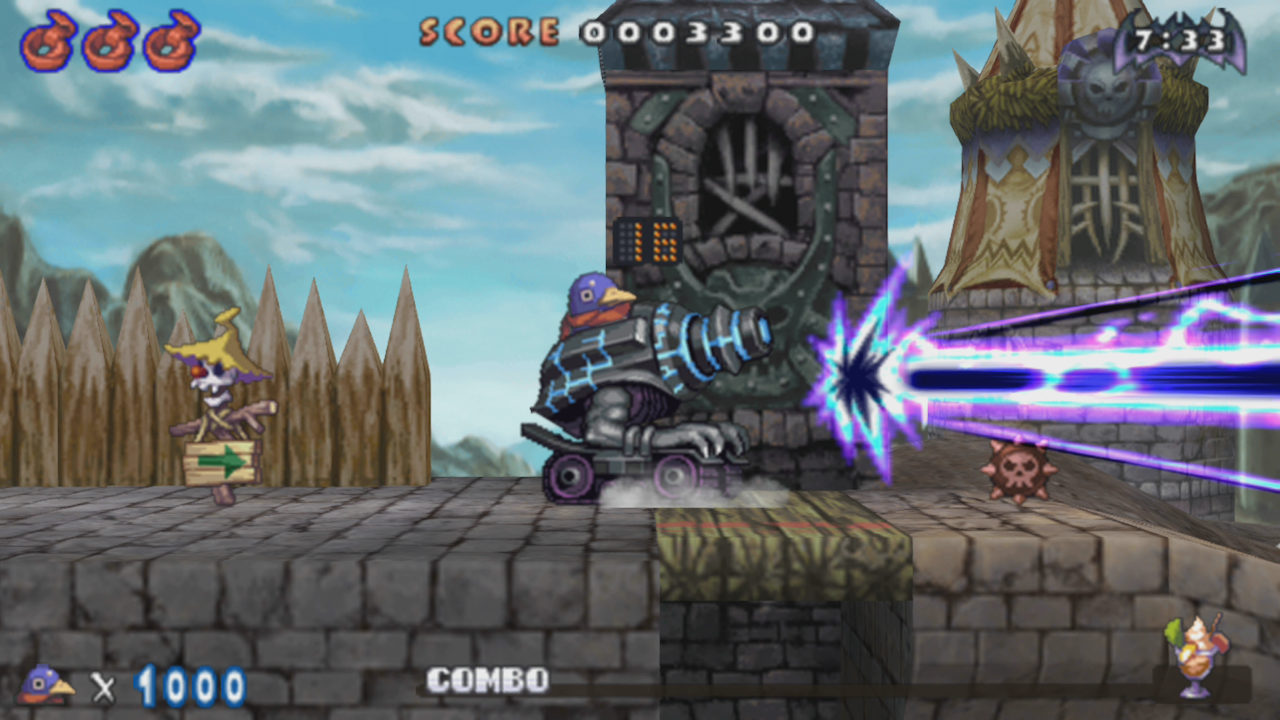 One of the other things that made Prinny®1・2 hard to play through was the lack of character upgrades. Your Prinny will stay the same throughout the two games, with there being no new powers or moves to master to beat tougher enemies. Perhaps that’s part of the joke of being a Prinny, as they’re the weakest creatures in Disgaea’s Netherworld realm. Still, it left me feeling a little frustrated in some areas of the games.

Thankfully, the two games are still fun to play through, with its smart and very funny script delivering laughs a-plenty. From Etna’s angry mannerisms to the Prinnies talking smack about their current situation, the comedy that flies through hit their marks almost every time. As for the gameplay itself, while it can be repetitive, it still managed to find ways to drag me into continuing onward with the missions. 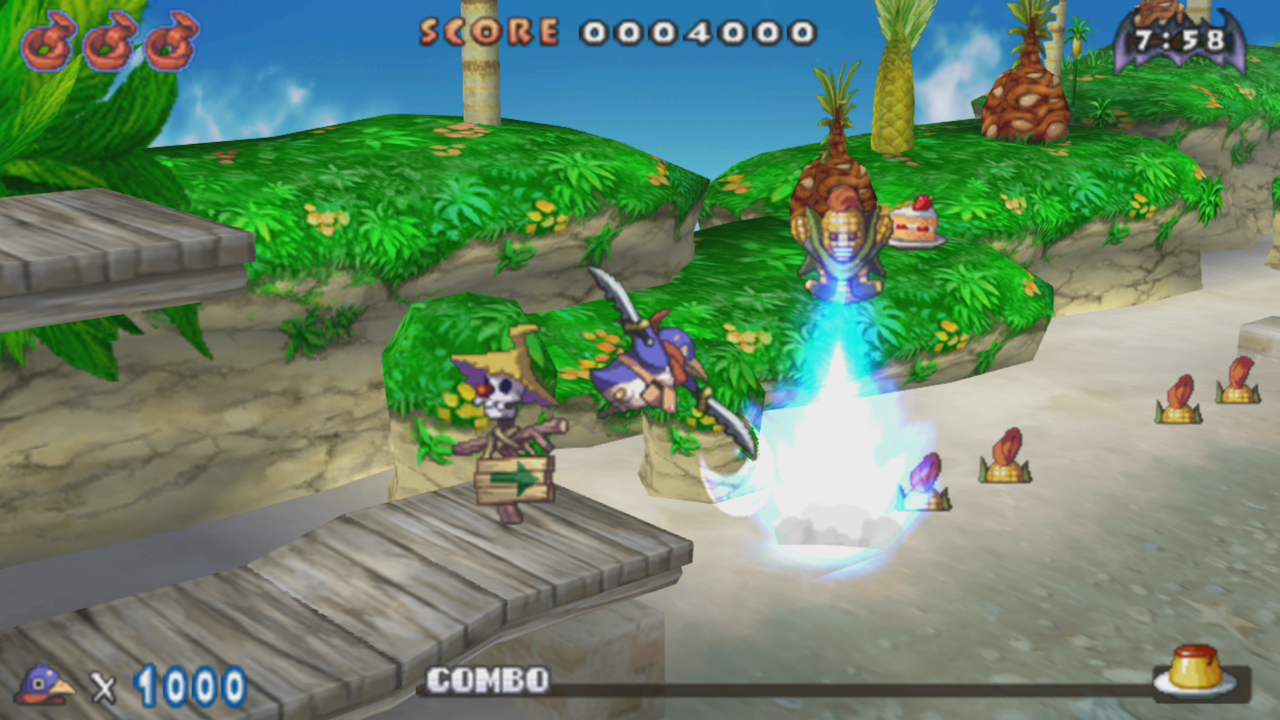 However, those going into Prinny®1・2 thinking it’ll be a remaster of sorts will most likely be disappointed. Aside from the game’s audio, the visuals look very much like a PSP title from the tail-end of its lifespan. While they look okay when playing your Switch in undocked mode, the blurriness and underwhelming graphics are very noticeable on a big screen. I’ve seen plenty of retro-inspired games with the same look but with polished visuals, so one wonders why NIS didn’t spruce up these two titles for their release on the Switch.

Prinny®1・2: Exploded and Reloaded hasn’t exactly aged like a fine wine, but the two games still deliver a lot of fun for all to enjoy. The story is very funny to watch unfold, and there are enough challenges to keep players coming. With that being said, these play like they’re ten years-old, lacking any polish of the current platforming titles of today.