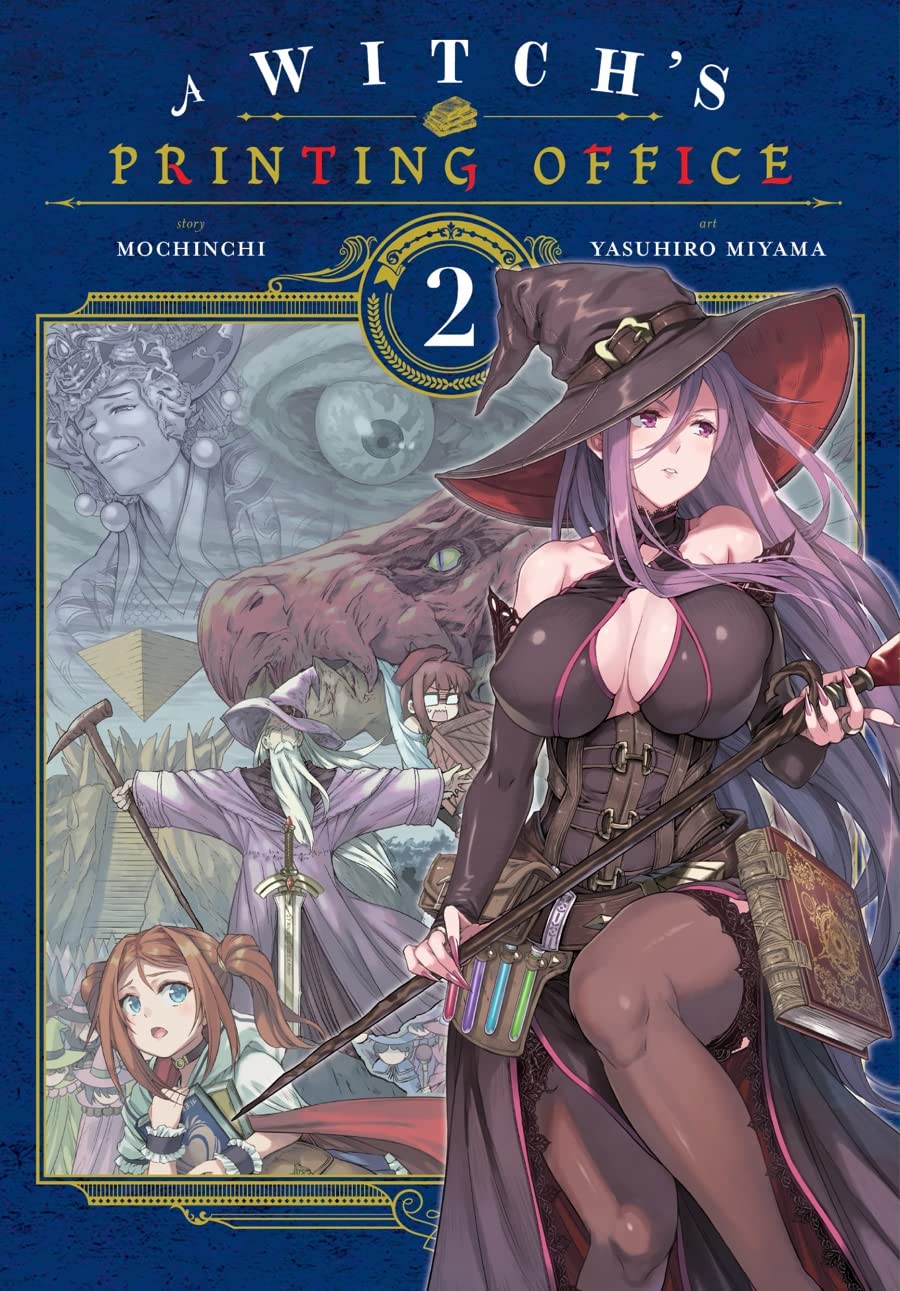 The world of magic and wizardry is a vast place, so naturally its written word would be just as expanding. Mochinchi and Yasuhiro Miyama’s A Witch’s Printing Office showcases the mystique and hard work it takes to bring the written word of spells to paper, as is the world of selling such texts. While its debut volume was somewhat rough around the edges, it showed much growing potential. Fortunately, its second volume has quite the growth spurt both narratively and visually.

Preparations are underway for the next Magiket, as an infamous demon lord makes their appearance to the cheers and fears of its con goers. A quest to slay a dragon reveals Mika to be more of a chaotic monster than a scaly beast, while a magic sword just wants somebody to pull itself out from a stone tablet. Meanwhile a wizard seeks a day off, and a daughter of a well-off family seeks freedom from her mansion prison. Oh, and a typhoon hits that may not only destroy the world, but could cause Magiket to be postponed.

There’s a very good flow of storytelling and humor in this volume of A Witch’s Printing Office. While its first volume took some time to turn its gears, this one gets spinning with only a couple of squirts of oil needed. The story involving the runaway daughter doesn’t quite set this collection of stories off on the right foot, as it’s a premise that’s been done many times over. (Fortunately, it does end on a humorous enough note.)

However, the rest that this volume has to offer is chock filled with laughter. Hearing the internal monologue of the magic sword showcases just how frustrating it can be for a weapon to wait for their chosen partner. The red dragon’s tirade over Mika trashing their home demonstrates how irksome it can be to live these days as a monster many claim to be worth hunting. Perhaps the most surprisingly good-natured moment involves the demon lord registering for Magiket, who turns out to be the polar opposite of what people would expect a world destroyer to be.

Once again, Miyama’s art shines brightly in Mochinchi’s story. The typhoon chapter shows off just how much the artist puts into the fine details regarding magic and battle scenes. But what I think I love most about the art are the Easter eggs they toss in for fans of gaming and classic movies, especially in the sword chapter. (Kudos to Miyama for having Wadley the wizard in the same attire as vacationing Merlin in Disney’s The Sword & The Stone!)

While not a perfect collection, the second volume of A Witch’s Printing Office delivers a heck of a lot of great laughs and gorgeous visuals. After a rocky start, it appears that Mochinchi’s got the right storytelling flow to craft the tale he wants to. With a plethora of magic and some memorable characters, Mika’s quest to find her way back home is shaping to be a fun and exciting journey!