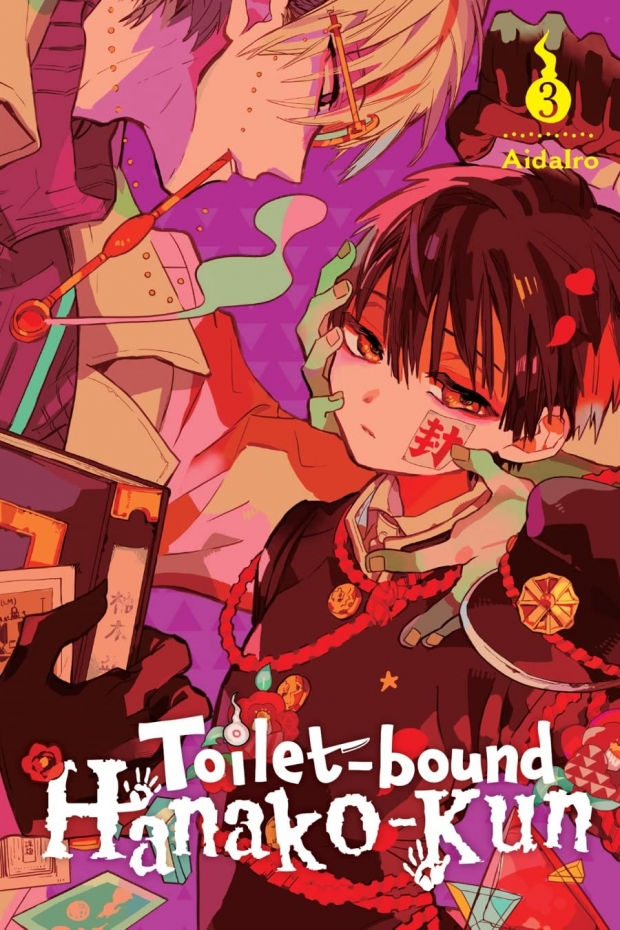 Even someone as seemingly lighthearted as the titular character Toilet-Bound Hanako-kun has secrets of his own. It was only a matter of time when they would start leaking out, with Nene and Kou seeking out the truth behind School Mystery Number Seven. What we didn’t expect is something truly heartbreaking, showcasing AidaIro’s talents as a crafty storyteller in its third volume.

Taking up the majority of Toilet-Bound Hanako-kun is the mystery of “The Four P.M. Bookstacks.” There, Nene and Kou seek to find out more information on their ghostly pal. However, they come across a special book collection, which features the stories of every student alive and dead. Upon peeking into her own book, Nene comes face-to-face with the Tsuchigomori, who turns out to be a familiar face in the crowd.

As both Kou and Nene seek to find what they’re looking for, they are tasked to showcase their own secrets to appease the fifth mystery. After a humorous attempt, the Tsuchigomori takes Nene to where all the personal boundaries of the mysteries reside. Upon finding the Tsuchigomori’s, Nene is shown a vision of its past, one involving a certain familiar face. And at that moment, Nene starts putting together the pieces of the school’s mysterious puzzle.

It’s in this flashback that demonstrates AidaIro’s skills at delivering something unexpected. What has been a grand mixture of laughs and character development instead takes a left turn towards something tragic. While I can’t spoil it here, what occurs in this moment will certainly turn the heads of most readers, as it showcases a confident character that’s shown at their most vulnerable. And at this moment, a great story transforms into an even greater one.

Of course, there’s still enough laughs here in Toilet-Bound Hanako-kun. The secrets that Nene and Kou spill to appease the Tsuchigomori are hilariously pathetic, as are some of the comments written in Nene’s book of life. A good deed to make Hanako-kun smile after this quest also gives way to some giggle-worthy bantering, especially when it comes to Kou’s cooking skills. But as soon as the joy returns, in pops another threat...

It’s here where the third volume of Toilet-Bound Hanako-kun leaves its readers. As a sputtering of happiness appears, a grave figure comes around and swoops it all away. Who is this person, and how are they connected to Hanako-kun? With the way its story has been told thus far, waiting around for the next volume of Toilet-Bound Hanako-kun will certainly be a challenge for many! Needless to say, fans shouldn’t go anywhere before the mystery fully unravels!

7 months ago No Comments