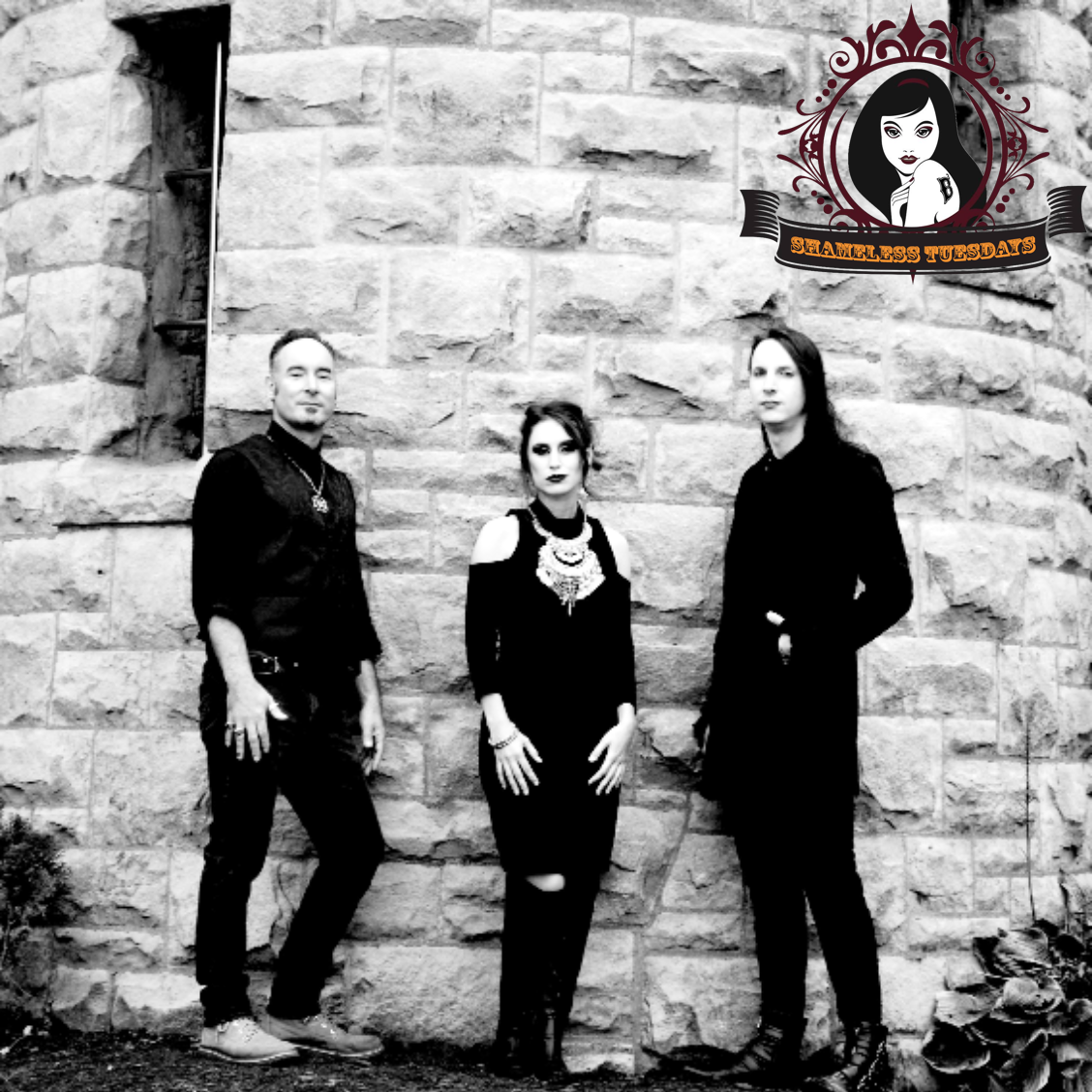 Emerging from an electrowave pentagram in the burrows of Cleveland, Ohio, the trio of Dispel aim to make mischief and decadent debauchery on the gothic dance floor. Their debut single "Modal Consequence" -- produced by Mike Textbeak -- acts as a teaser for their debut album Lore (arriving January 10th, 2020), as members Scott Dispel (drums & keyboards), Ravensea (vocals) and Sean Gallows (vocals) deliver a synth-heavy melody that aims to make the ground rumble beneath one's feet. By the time Lore hits, one may not be surprised to see the streets roaming with Plague Doctors, specters, and rabid black cats itching to reclaim the land that was stolen from them. To celebrate their impending domination of the late Harvey Pekar's battlegrounds, Dispel has taken over this week's Shameless Tuesdays!

Here's what Dispel has to say about this week's playlist:

"We all know music is sublime. It's been said music is the language of the Universe. Musical wavelengths definitely have a mathematical structure, but I digress...Anyways, my goal here is to get you dancing, here are songs that have always resonated strongly with me. So I present this to the darker inner souls, sometimes troubled, sometimes victorious, but always enduring!"

Featuring The Sisters of Mercy, the band responsible turning me from Punk and Metal, to Goth and Darkwave. I've included a great remix of 'Alice' By The Clan of Xymox and 'Lucretia my Reflection' by Destroid. Had to include a track by 'She passed away' from Turkey because they are so spot on it hurts, unfortunately I haven't had a chance to catch them live. Added a Blutengle song because had I to rep Germany and it's a dance floor killer. VNV Nation is in the mix, because they continue to deliver that lush keyboard sound. Added two tracks from Icon of Coil because they rock the dance floor. Sulk by Tr/ST because its arguably one the best song I've heard in years.

This playlist also features "Diaboic Cruch' from Buffalo's Third Realm. How Could do a Darkwave/Industrial mix without the Cure, Covenant or Project Pitchfork, so here are my favorite tracks by them. Had to also add my favorite song by my Friend and Producer, Textbeak 'Forever now' feat Mark Stewart. I Had to throw in some Flashbacks, from The Damned during their goth manifestation, Love and Rockets 'So Alive' the sexiest Goth song ever, 'Cut you up' by Peter Murphy, a True Classic. Then a few Darker Rock/Metal vibes to satisfy the hunger, with The Birthday Massacre's 'Red Star' and The DeathStars "Cyanide" Both bands with amazing vocals. Then for the soft ending with dark Psycobilly crooners by The Music Machine and The Cramps...good night friends.