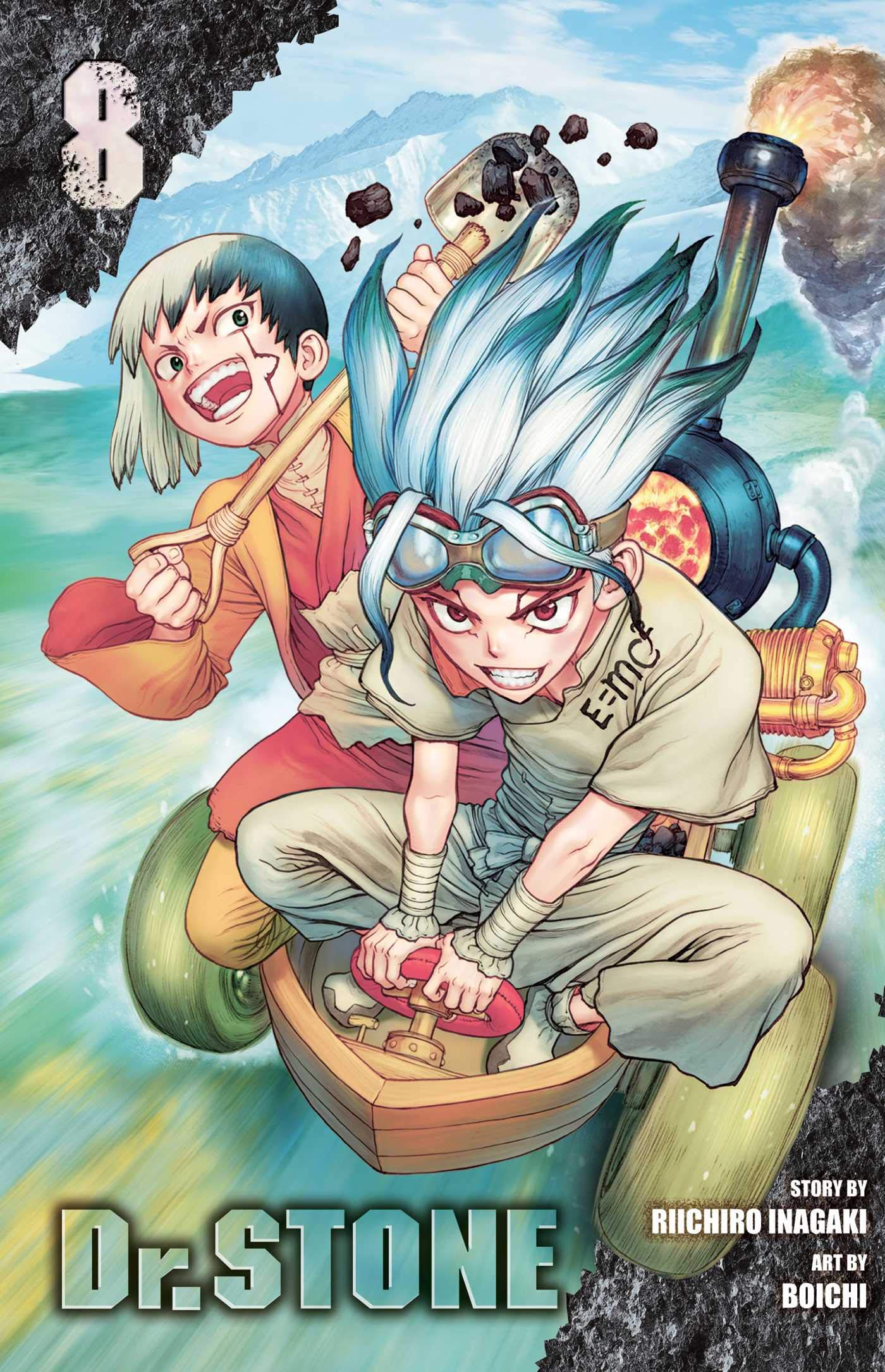 Despite its more unique approach, Dr. STONE is a shonen manga series through and through. However, instead of showcasing one epic battle after another, the source of its excitement is its brains. Throughout its first seven volumes, it has taken this route with care and ease. Now with the Stone Wars nearly coming to a head, it’s high time the genius of this manga is injected with a little steroid power.

With the plan to defeat Tsukasa close at hand, Senku, Chrome, and the rest of Ishigami Village bring their cell phone to the hand of its person-of-interest: Taiju. Reunited via the airwaves, Taiju and Yuzuriha hear all about the progress that Senku has made throughout the year. However, a minor snag in the main goal is made when Chrome is captured by one of Tsukasa’s men. This leads Senku to come up with the next invention to bring back from the modern age, and it’s a hell of a doozy! 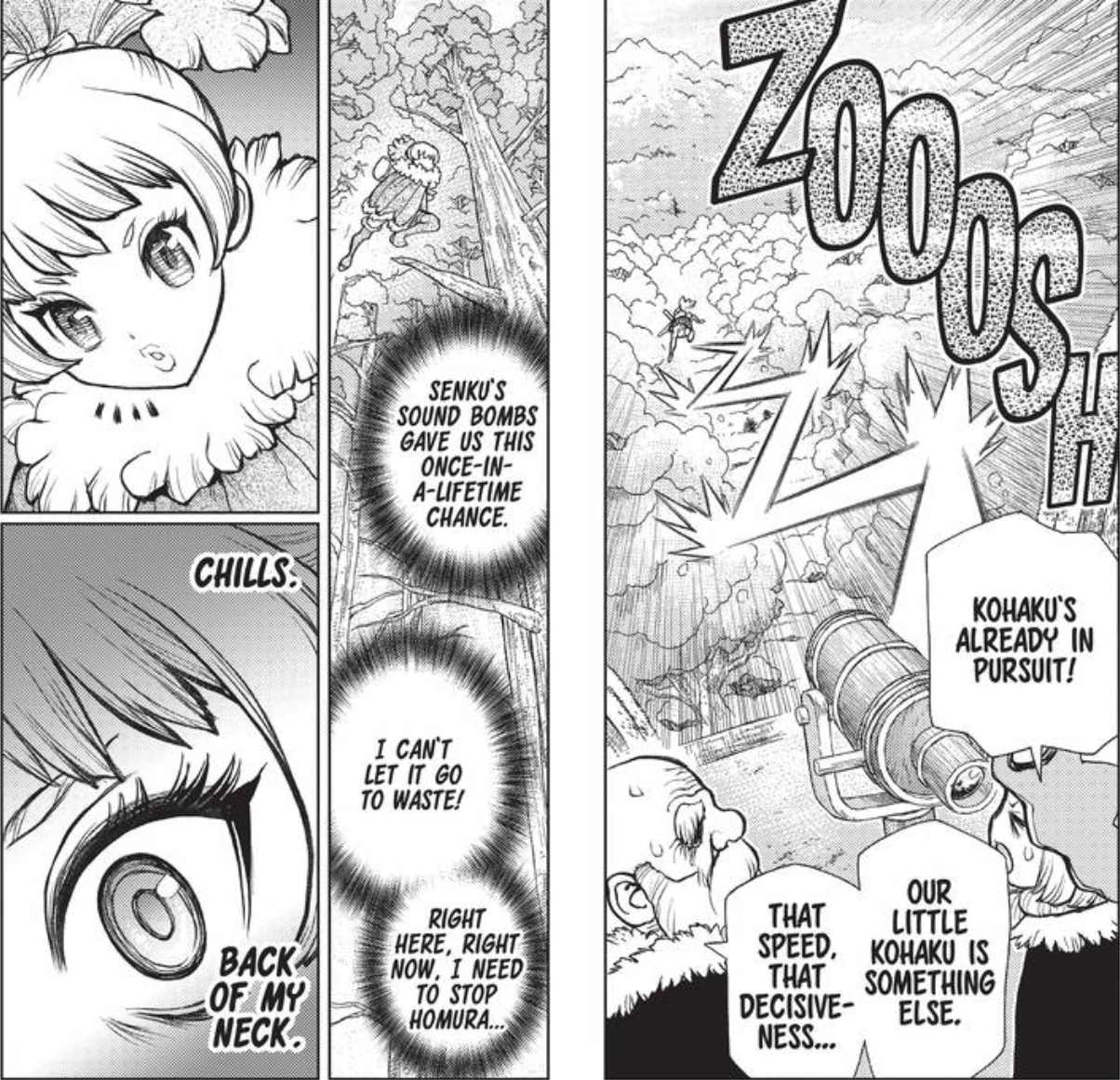 The amount of sheer intelligence that Dr. STONE manages to jam into a singular chapter would make even the most brilliant of MIT scientists’ heads spin. It leapfrogs from one idea to the next, practically seamlessly as it takes hold of one concept to the next. What has made this manga shine brightly isn’t just the way these ideas are presented; it’s also the style in which the rest of the characters react to their circumstances. And for the most part, it almost always proves to be pretty damn hilarious!

What’s next on Senku’s to-do list can’t be spoiled in this review, but it’s easy to see what makes the split reactions so funny. The guys are pumped up with testosterone-fused excitement; the gals seem to be very meh about it. However, once the idea is put to fruition, it’s easy to see how stoked Ishigami Village is by its arrival. In the blink of an eye, readers will also see how this certain invention went through the motions before becoming the final product it’s now known to be. That is, until Senku comes up with a couple of a tweaks that evolves it into something entirely different. 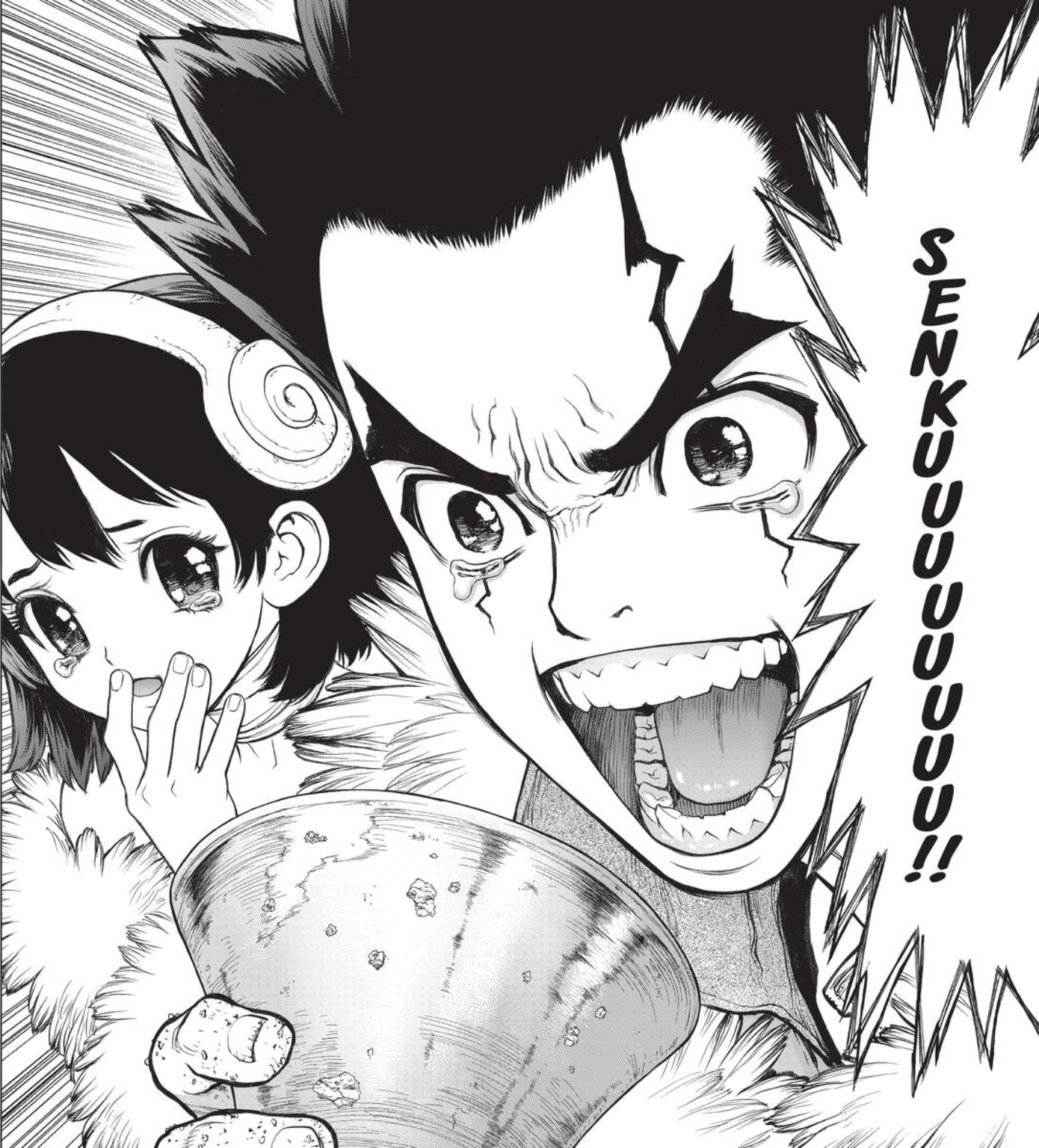 There are some tense moments in this volume of Dr. STONE, especially when Gen, Magma, and Chrome are being hunted down by a clever archer whose name isn’t Hawkeye. When Chrome finds himself in the hands of the enemy, it’s the moment where Senku’s second banana gets a chance to play a hero. Even with him locked in a cage, he begins pondering not only how to aid in the Stone Wars battle, but also how to save Senku and the gang from having their plan fall right apart.

One can feel that the Stone Wars are about to rumble through very shortly, as evident by the end of the eighth volume of Dr. STONE. The lead-up has been a truly exciting affair, one that has kept Riichiro Inagaki and BOICHI’s work as the top-tiered manga series of the 2010s. However things will wrap up in this arc is anyone’s guess, but considering how much has been built up thus far, we can bet that Dr. STONE’s got another way to make jaws drop in the next volume. Until then, get excited! 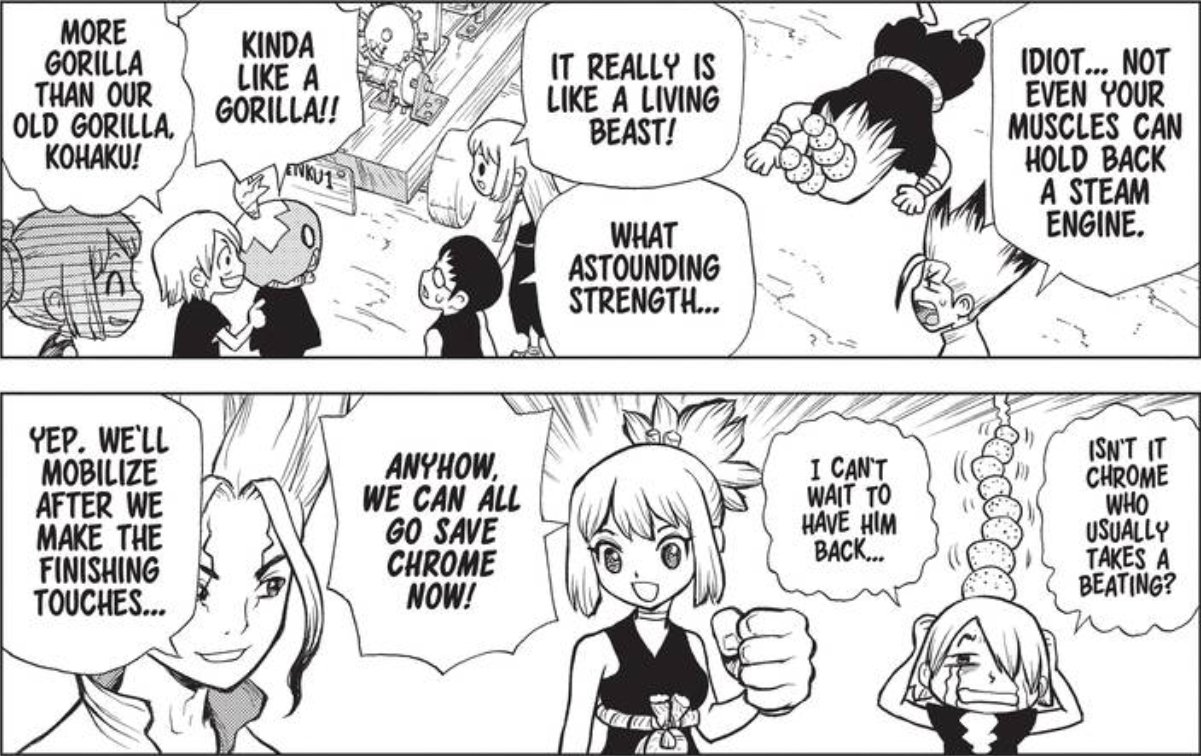