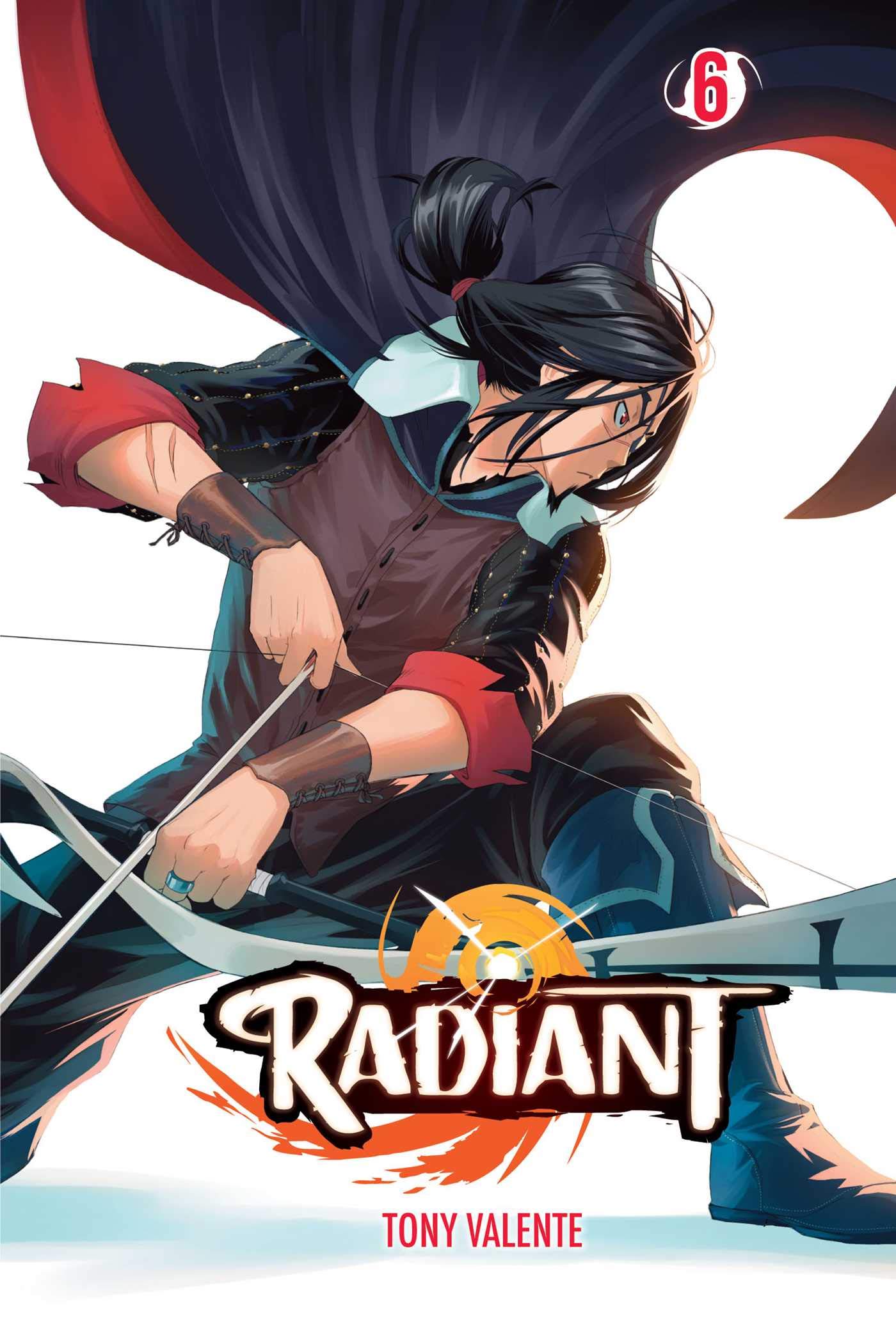 There’s a right way and a wrong way to explain a manga’s universe. The right way is to let actions overtake long-winded explanations; the wrong way is, as you can guess, for stretched conversations to slow down the progression of the story towards a grinding halt. I bring this up because Tony Valente’s RADIANT has recently been having problems being more talk, less action, a grave mistake when creating a popular manga franchise. Fortunately, while the chit-chat is still here in its sixth volume, it doesn’t take away from the breathtaking action happening within its pages.

Seth finds himself trapped within a Spectrum Nemeses’s portal, resulting in him being attacked by the wizard knightly order and left for dead. There Ocoho, Mélie, and Doc attempt to find Seth before he succumbs to his injuries. Fortunately they receive aid in the form of Myr and his forest wife Yggdrajill, who go deep into healing Seth. When he finally awakens, Seth seeks guidance from Myr about using Fantasia to both grow powerful and control what he already has buried deep within.

It’s strange that after nearly six volumes, RADIANT is finally diving into how the magic of its world works. Thankfully, unlike previous explanations, it takes the showing route rather than the talky one. Even better is having a character like Myr giving the rundown, as he uses a mixture of deep metaphors and naughty humor to get his points across. Although he seems like a temporary character, Myr has grown to be a scene-stealer for this series, from his sage ways to his incredibly dirty songs he writes for his beloved.

Of course, this does mean having Mélie, Doc, and other newcomer Ocoho taking a bit of a back seat for most of this adventure. Their introduction to the queen of the kingdom seems to hint at a possible fight between them and the forest, depending on how she uses Ocoho’s knowledge. Meanwhile it appears Grimm is due to jump back onto the battlegrounds to aid Seth when he’s ready, although his poor treatment of his servant Léogon hints at what kind of person he truly is. Nevertheless, something big is about to happen in this world, and it’s looking like Seth is about ready to face off against whatever is about to be thrown his way.

Most impressive in his volume of RADIANT is its art style. While Valente has been able to replicate the look of a manga, its action sequences often appear more Western-inspired. This all changes with Chapter 40, where Seth unleashes a powerful force while having his body taken over by a darker force. How the battle is presented is filled with such gorgeous detail, in a vein similar to Naruto and Bleach. All of it is captured via a blend of muscle-bound and cartoonish visuals, meshing together to create what a manga fight should look like!

While not all the issues of RADIANT have been fixed, Volume Six is a much better presentation of the world and characters that Valente has created. Yes, the explanations still need to be abridged, but it’s not as tiresome to read as it was previously. It might take a bit more time to iron out all of its wrinkles, but I am cautiously optimistic that RADIANT will properly get back on track if the storytelling stays on-par with this latest release.