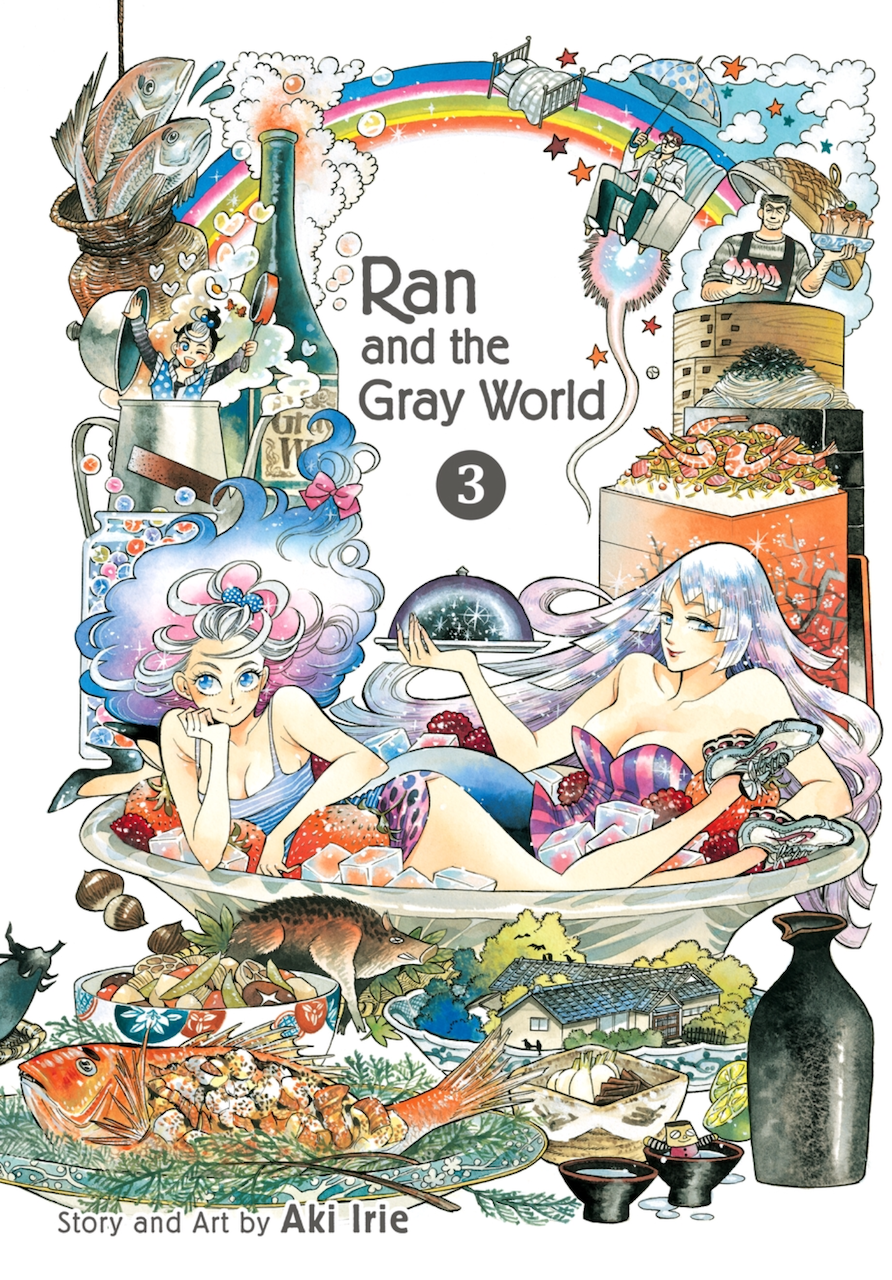 Aki Irie brings a visual style to manga that is simply spellbinding. Every page she draws is like one magical illusion after another, combining the styles of late 19th-century literature art with that of the likes of CLAMP (Cardcaptor Sakura, Wish). Naturally, a magical look needs a magical story to accompany it, and Ran and the Gray World is filled with it. However, with its third volume, it tends to overlook a certain element that keeps making me raise my eyebrows.

Irie places a much bigger focus on building not just on Ran’s world, but also on her big brother Jin. As Otaro is healing from his injury (and experiencing a crazy dream), Jin’s wolf side has him in heat and making out with one classmate after another. It’s when he finds Sango now in his school when his world is turned upside-down, with Ran misunderstanding the situation to the point of running away from home and into Otaro’s arms. As these love stories start to untangle, Makoto winds up realizing that watching Ran transform into a full-grown woman was not by any means a sort of dream. 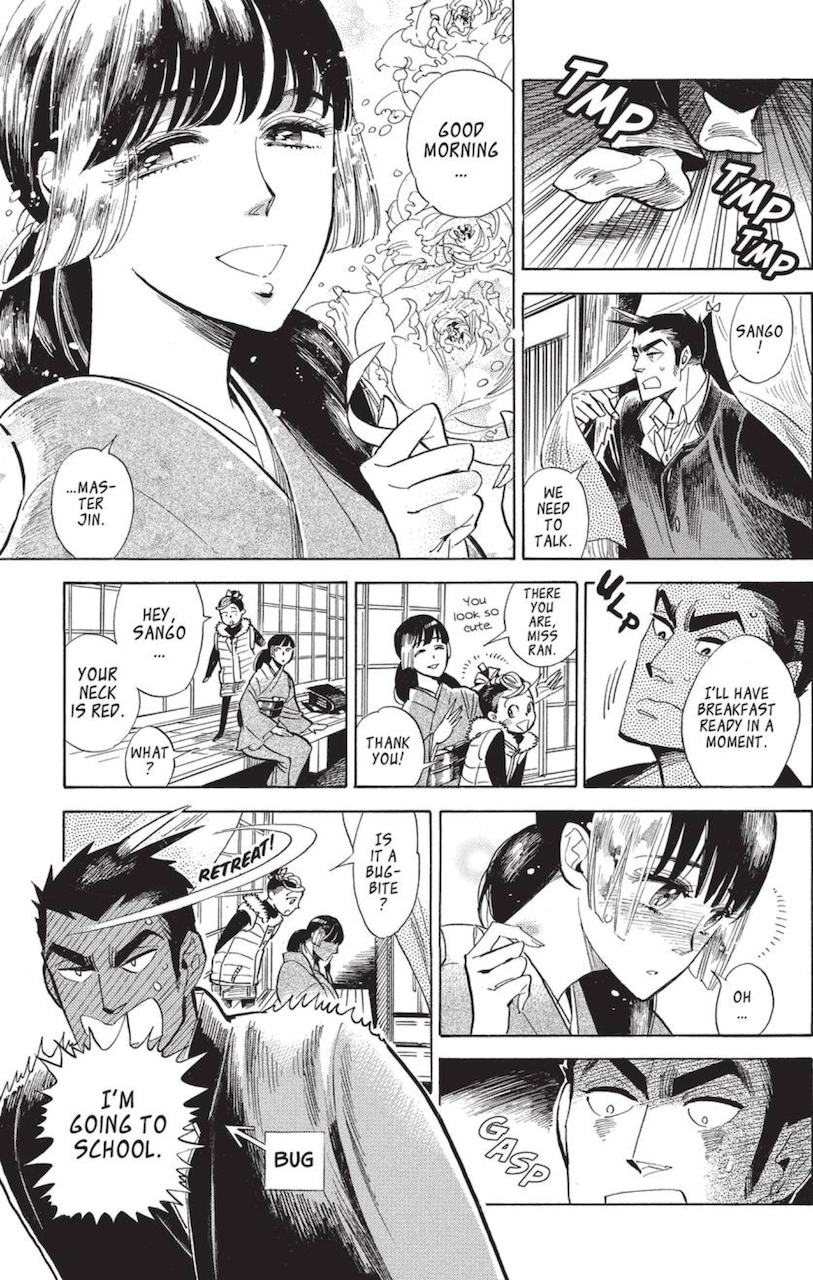 This latest collection of stories takes the opportunity to have a lot of fun with these characters. The wackiness of Otaro’s dream brings forth a Pink Elephants level of looniness, all within the confides of Irie’s dreamy art style. It also gives way to Ran’s still childlike mannerisms, as her helping Otaro heal within the dream world presents a various showcase of silly solutions that no grown adult would ever think are rational. Nevertheless, it does deliver a certain amount of charm the way she confidentially builds a tiny house to protect Otaro from an army of bugs.

However, it’s Jin’s story that takes the true spotlight in this volume of Ran and the Gray World. Watching him convince Sango to have his baby feels like an homage to a certain Rumiko Takahashi series, but it’s when the two act more lovey-dovey where a level of adorableness unravels that hasn’t been seen yet in this series. The way they craft a certain kind of magic (being as they are both magic users) is not only sweet, but pretty warmhearted and genuine compared to how Otaro seemingly lusts over Ran. 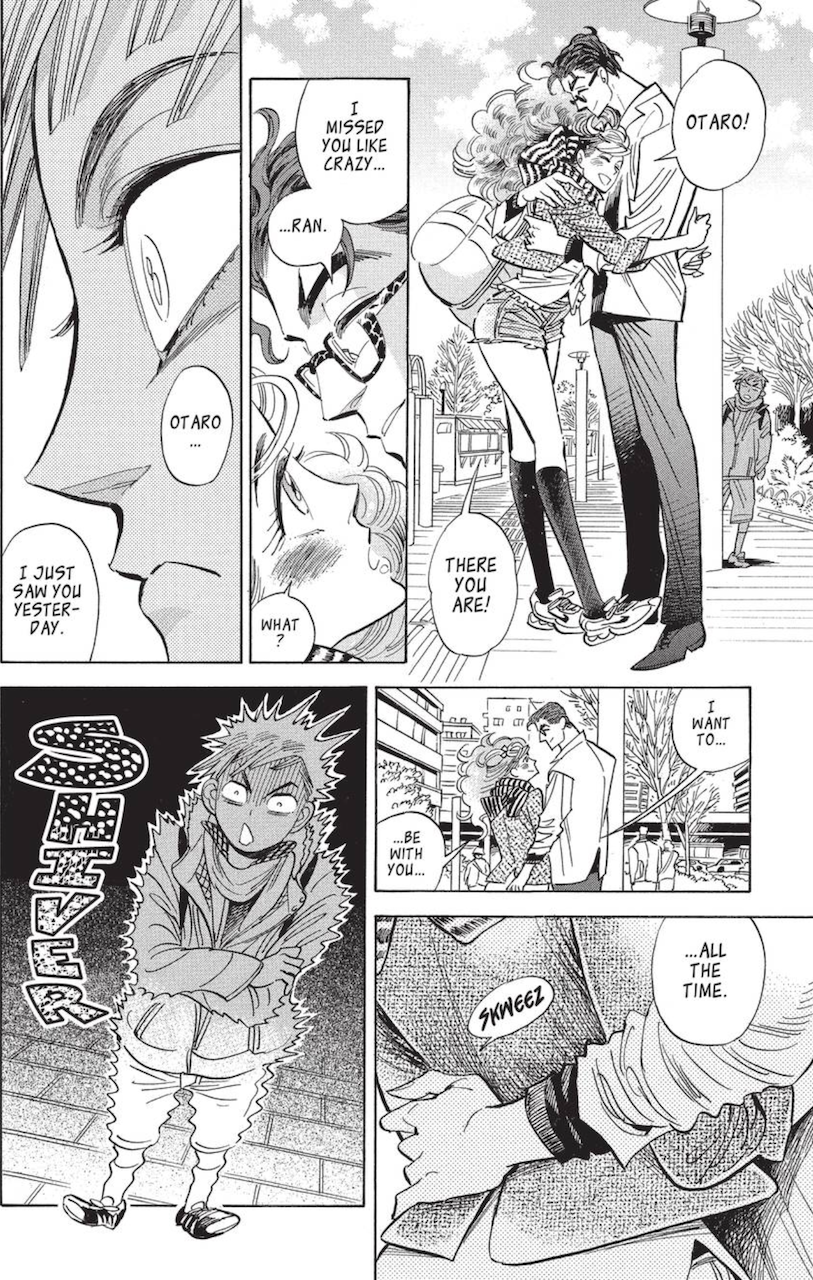 Which brings me to my complaint with this manga: the whole Ran/Otaro pairing does leave me with an unsettling feeling. Yes, he has no idea that she’s just a kid with magical grown-up sneakers, but the fact that we as an audience know doesn’t make it any better. However, with Makoto making another appearance in this volume, one hopes that Irie slowly brings him more into the fold as the storyline progresses. (Considering how the final chapter in this collection ends, it feels almost certain that he’ll play a big role in the future.)

The latest volume of Ran and the Gray World delivers plenty of hearty laughs and visually-stunning art. Despite its main unsettling problem, Irie manages to give her readers a plethora of charm and wit that will no doubt transport them to their dreamland of choice. It won’t take a nasty hit on the head for anyone to be convinced by how talented Irie is both in storytelling and drawing, and this edition of Ran and the Gray World demonstrates that in a bountiful amount!