HomeMusicGAME REVIEW | Taking In A Virtual Show With Hatsune Miku

GAME REVIEW | Taking In A Virtual Show With Hatsune Miku 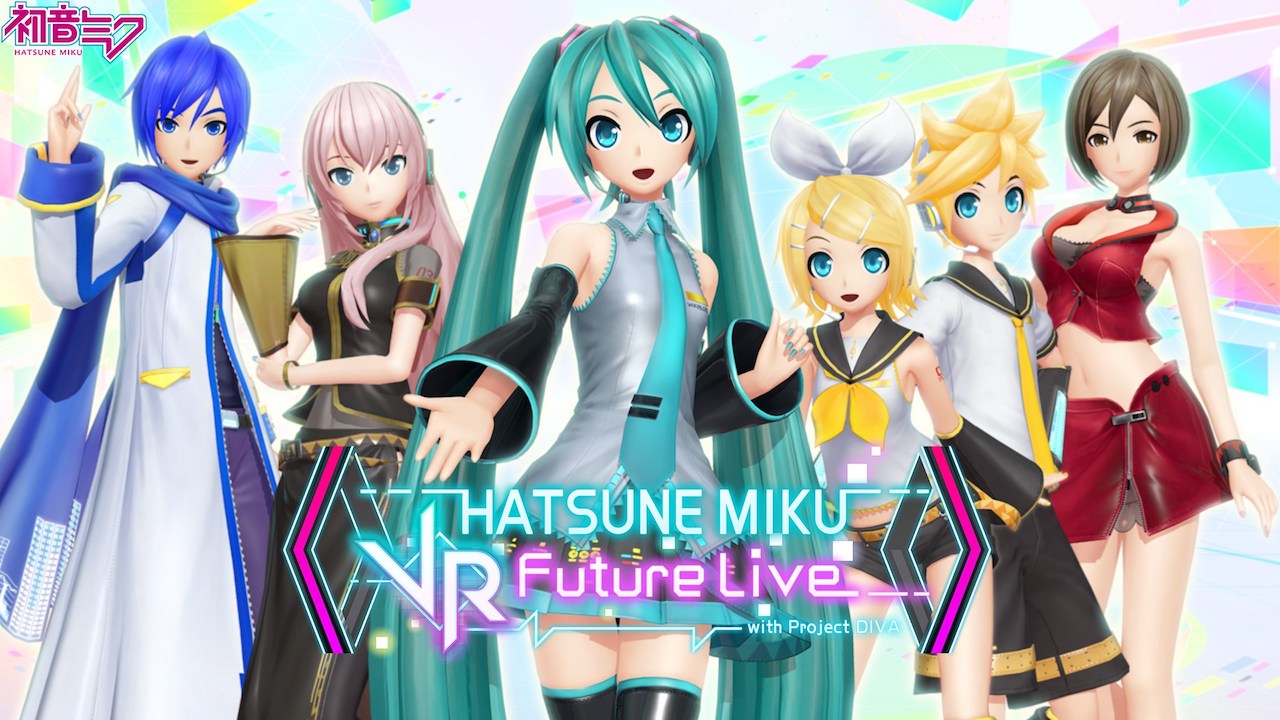 GAME REVIEW | Taking In A Virtual Show With Hatsune Miku

It came as no surprise when SEGA announced that Vocaloid idol Hatsune Miku would be coming to the virtual realm. After seeing a popular tech demo back in PlayStation VR's Project Morpheus days, it would've been foolish for them and Crypton Future Media to not take the concept to the masses. As the PlayStation VR hit store shelves (and quickly flew off of them), the blue-haired virtual singer was ready to take the stage, with Hatsune Miku: VR Future Live.

A rhythm game disguised as a concert simulator, Hatsune Miku: VR Future Live brings its user to a simulated version of Miku's annual Magical Mirai concerts. As a spectator, players must wave their glow sticks and shout and sing along to keep the rest of the crowd glowing. Perform these tasks right, and not only may you bear witness to Miku's various concert stages, but also be granted a personal one-on-one encore with the Vocaloid. 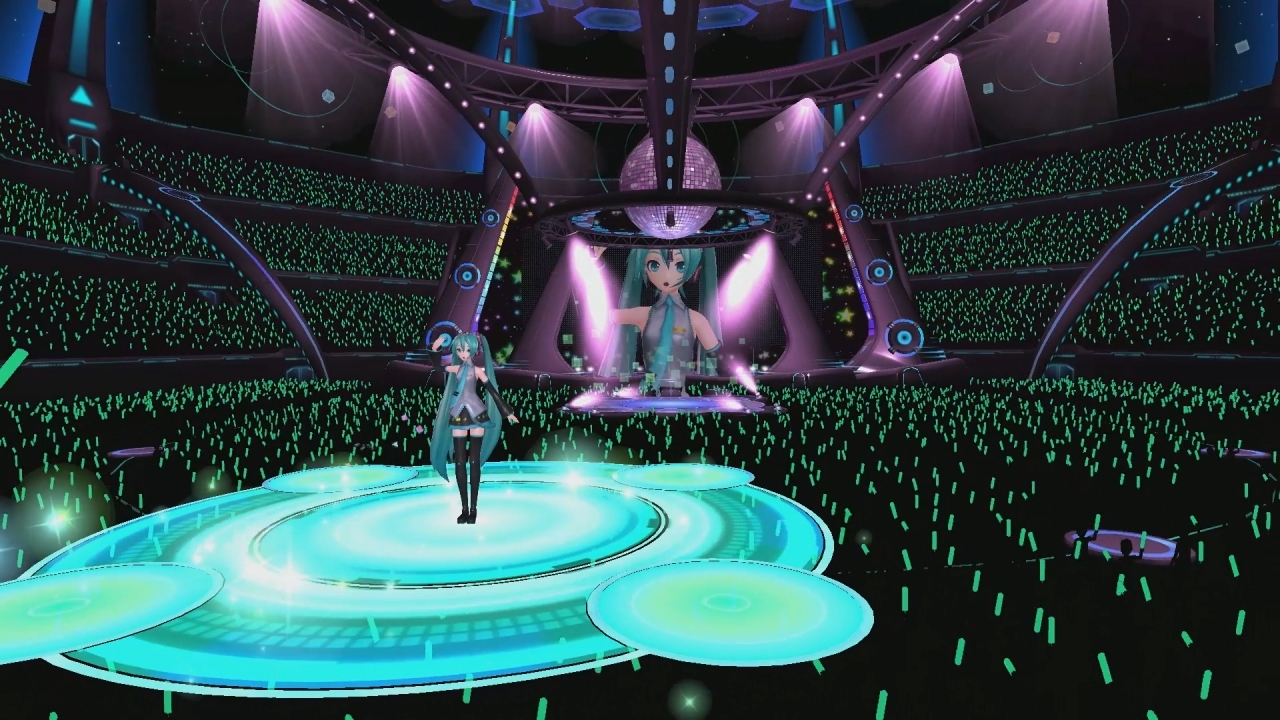 As of this writing, the first two stages have been made available to users, with a great selection of tracks to watch Miku and the rest of the Vocaloids perform to. Songs like "Satisfaction," "Weekender Girl," "Time Machine," and the Quirky & Cute Medleys showcase why these virtual singers have been a hit amongst fans everywhere. Watching the show from its different angles, you can experience the feeling of actually attending one of Miku's concerts first-hand. (Kudos to the sound designer, who must've done their homework when it came to matching the venue's acoustics to wherever someone may be sitting.)

While either a DualShock 4 or a PlayStation Move can be used, it is recommended that the latter be used, in the off-chance that you accidentally send your controller flying. For the most part, the control works well, but there were a few times where I witnessed my glow stick seemingly float away from my reach. This occurred during a couple of the game's key rhythm moments, causing me to mess up and nearly fail to get the crowd riled up for a successful performance. Its voice commands work surprisingly well, though, as each time I shouted along seemed to get the audience chanting about. 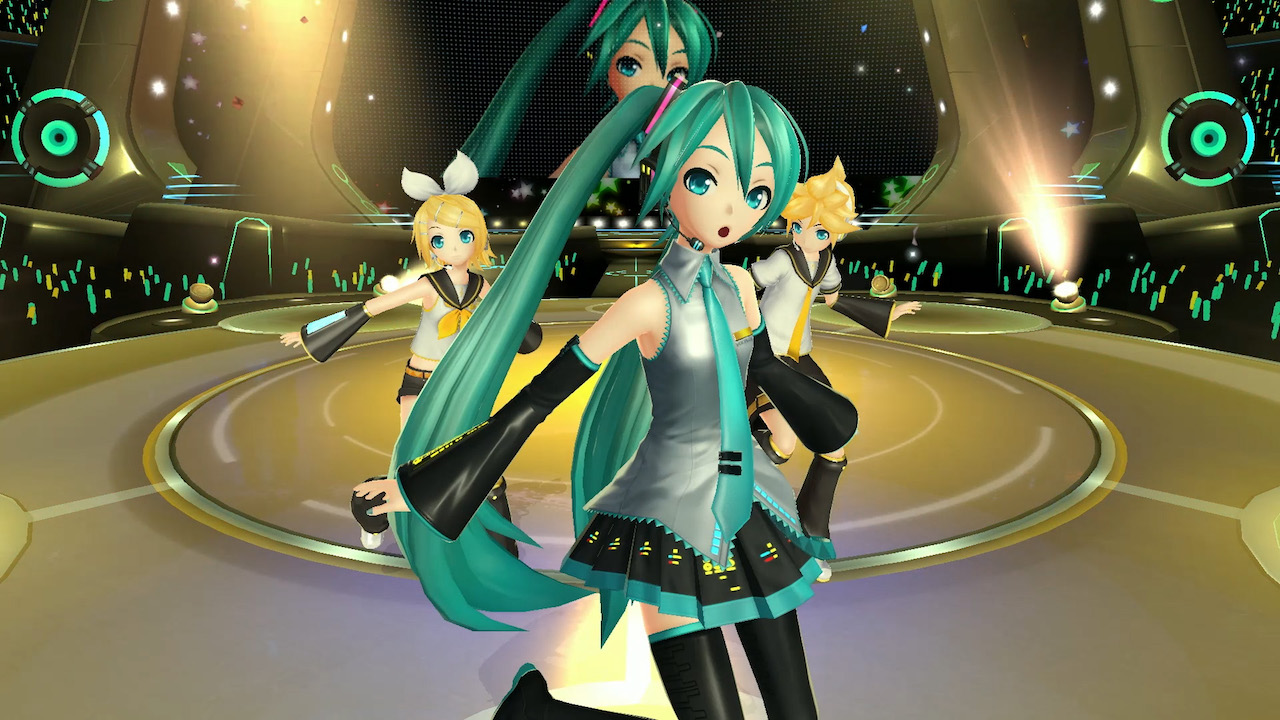 Each concert lasts about three songs, with a fourth at the end if you successfully earn an encore. Judging by track length, each experience will last you about 20 minutes. However, with currently 14 songs to choose from (with another possible seven when 3rd Stage hits next month), I worry that VR Future Live may get a little tiresome after just a couple uses. Here's hoping that more Stages get released to expand the game's lifespan.

Although a tech demo of sorts, Hatsune Miku: VR Future Live shows what sort of potential a virtual concert can be capable of. While we may be still a year or two away from doing such a thing for live events, this experience gives VR users an idea of what to expect when such a concept can be pulled off successfully. Until then, VR Future Live will suffice for most wanting a taste of what's to come.

Promotional consideration provided by John Hardin of SEGA of America