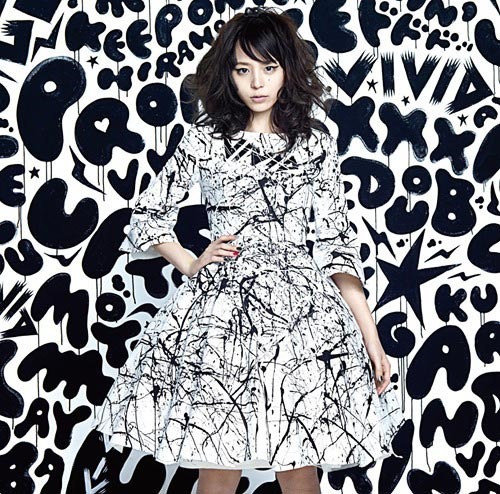 It's tough for a voice actress to stand out as a musician, especially when you've got music labels trying to push out less-than-average bubblegum pop from one seiyuu to another. Sometimes it's best for the kind of singer the actress is, whereas other times it doesn't really work out. In the case of Aya Hirano, it was sadly the latter.

Let's do a quick refresher here: after showing she had some good music skills in the hit anime series The Melancholy of Haruhi Suzumiya it was high time that Aya got her chance to make it as a singer. At first things were looking up, with her first album RIOT GIRL premiering at the top of the Oricon charts and having a good batch of tracks to back it up. Next came Speed Star, and while it wasn't as strong of an album it managed to premiere higher on the charts than RIOT GIRL. Then things happened (which I won't mention here because it screams of double standards), and Aya found herself struggling in both the anime and music world. After leaving her former label Lantis she set up shop over at Universal, who is a lot more lenient when it comes to artistic freedom. (Apparently she didn't get that memo when she released the EP fragments, which was forgettable in every sense of the word.)

This past month, after tinkering with her sound more, Aya Hirano released her first full-length studio album in five years: vivid. And it's good, in a way that may surprise even the most skeptical J-POP critic.

vivid has a nice mixture of genres, all of which fit well with Hirano's vocal capabilities. One moment she takes helm in the rock realm with "Motto Motto" and "Up To Date," and in the next she takes her voice down a notch in the softer tracks "Promise" and "Hikari No Hate Ni." When she shows off her swing rock skills in "Double" a wildness not heard since "God knows..." appears, with the end result being a song that'd make Imelda May smirk with glee. Surprisingly it's in "Nonbiri Shimasho" where Hirano not only shines the brightest, but also sounds the most comfortable. A track that sounds like something from a 60's French cafe Aya is at ease when cooing the lyrics in front of a softly-tapped cymbal, guitar, and jazz flute.

However not every song works on vivid. "Let's Go!" at first starts off strongly, only to pitter out with an uninspired chorus that sounds more forced than natural. "Logic Girl" tries to be on par with Anna Tsuchiya, only for it to sound more like a knockoff than an homage. Lastly there's the techno track "TOxxxIC," whose only failure is that it sounds like too many other songs that've come out of same river Lady Gaga and m-flo swim in.

In the end, though, vivid shows Aya Hirano at her brightest, her strongest, and -- most important of all -- in her most controlled state of mind. While we'll still have to see if this next step in her career is accepted by the masses, at the very least it shows what a J-POP idol can do when she finally has her say. Aya may never reach the same ranks as Ayumi Hamasaki or BONNIE PINK, but at the very least she has proven that she is capable of making a good album when not being held back. Aya Hirano's vivid has succeeded in doing something many other idols/seiyuu fail to do when they make a record: it shows range.