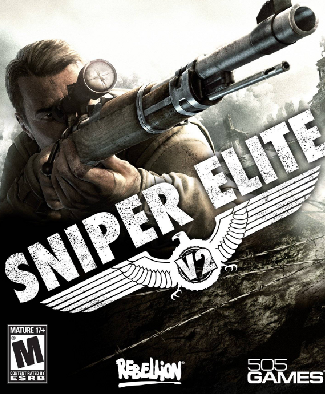 Recently the guys over at Rebellion and 505 Games released new DLC for the very well-made game Sniper Elite V2, and for once they delivered with what I've been asking for! 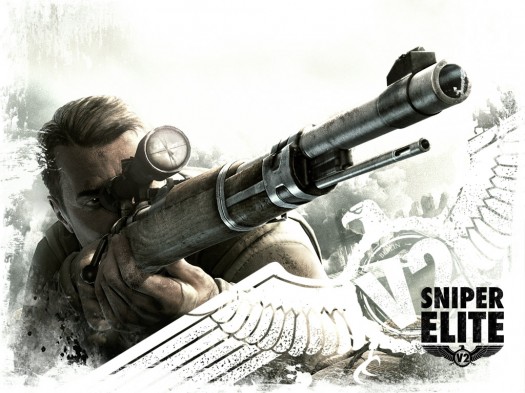 So if you have not been able to play this game you may want to download the demo, as it will blow your mind literally and figuratively. With the new DLC, they have split the multiplayer in two. There is now the co-op section that was originally placed in the game that was awesome to play during the first month of its lifespan. However there's only so much fun you can have just sitting there and blasting away Nazi bots with someone else in the multiplayer realm. With that said they finally made an Adversarial add-on. 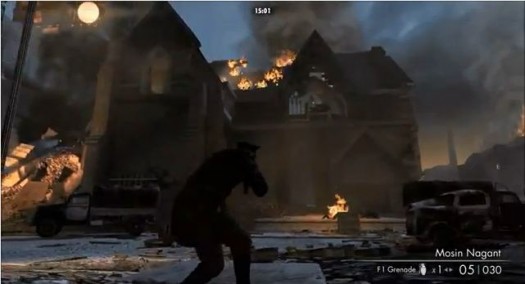 Adversarial has added the aspect of playing against other people online with new maps, which will really test those sniper skills you obtained from playing the in-game content. Surprisingly they have a good amount added in, such as Team Deathmatch (cross and no cross versions), Deathmatch, Team Distance King (cross and no cross), and Distance King. Deathmatch is pretty much self-explanatory, but for the one that has no cross. This one has taken the aspect of the map and split it in two. The two teams start on their opposite sides, and they only have their rifles at the ready to find the enemy and take them out. They can not pass go on the barrier, let alone collect the 200 dollars. I find this makes it fun because then you don't have to worry about people sneaking up on you and getting killed a bunch of times. 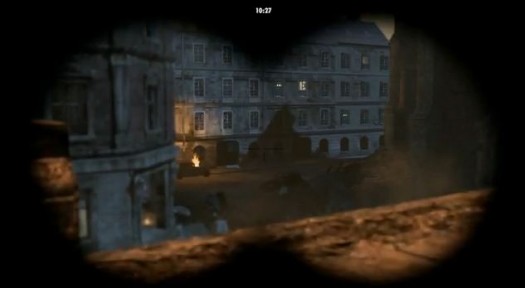 Now your probably wondering what the Distance King is? This is the setup of where the team or individual with the longest total distance shot win! The other thing they have added to this is the amount of distance that is taken in each kill shot. Believe me: it's pretty challenging when you place as a Marksman or Sharpshooter in the game. You do need to pay a lot of attention to the distance, as well as the windage of the shot. I've gotten good shots off, but then when you're at the longest distance possible it's like one of the hardest things I've ever dealt with. You've got to imagine trying to shoot a bullet that doesn't have any extra powder in it, and then gauge how much drop there will be. I found myself in sniper battles with people where you can see the trail of the bullet coming from the other opponent, and it's awesome to see how much the bullet has curved. 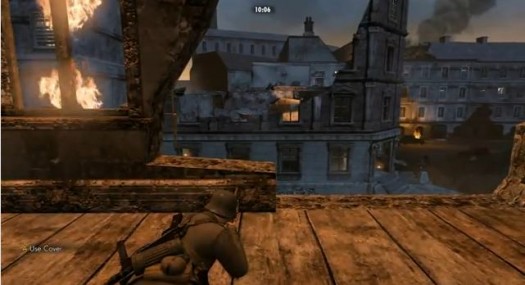 I have to bow down to the awesomeness of this game. It's what I have been looking for since the original game came out on the original Xbox, and did I mention it's free?! Another thing I must mention for a lovely 400 XBL points ($5.00 on PSN) you can buy the new gun add-on which gives you the M1 Carbine rifle, the MP44 SMG, and the Webley Mk6 Revolver. I found these new add-ons to be amazing! 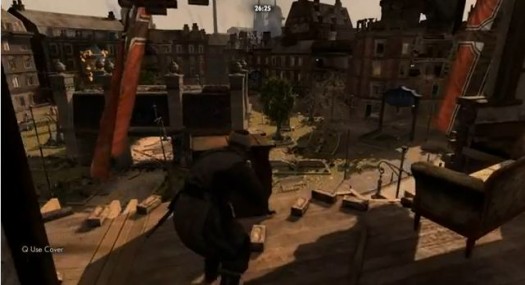 But to be a bit straight forward to you, the only problems that I have found with the game is that people have found glitches. (Go figure, right?) More or less the people who do it should be beaten with in an inch of your life. They find ways to get into walls where they can shoot out, but no one can shoot in. A beautiful thing that they built into the game is the vote kick, ergo kicking the cheater out. Also with the new guns I found that the Webley MK6 seems to be a bit over powered. I was on one of the maps, and it seemed that there was one guy that kept running up behind us, even after laying land/trip mines down. He could come up and just quickly do one shot to take them out. I know some revolvers are a bit strong, but I'm not sure if that pistol is that strong. 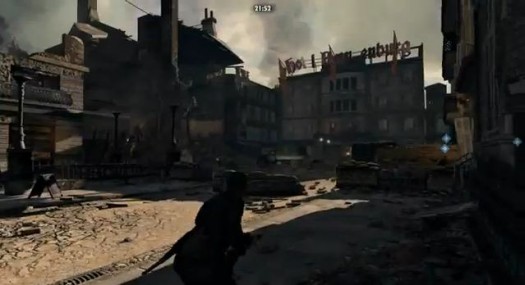 Besides that little negative aspect (which is almost in every game, where someone is trying to ruin everyone else's fun) The new add-on for Sniper Elite V2 is exactly what I've been looking for. So plop down in your favorite chair, pull out the binoculars, and prepare to play the best hide-and-seek sniper game ever! I'm serious, this is the challenge of patience timing and skill that is needed in a game such as this. Again most of our latest generation has a patience and attention span of a walnut, so if you have the capabilities of patience and everything else it is to be an Elite Sniper this game is for you!

Check out my other review of the full game here!

P.S.: Keep your eyes open for the glint of the sniper scope!