"Strike Back" With A Vengenace!

"Strike Back" With A Vengenace! 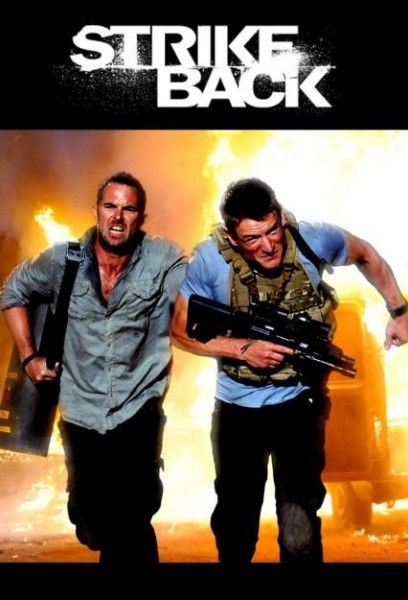 If  guns, military coups, backstabbing, killing bad guys, and nudity are your thing, then Strike Back is a show for you! Thank you, Skinemax!

I thought this show was going to be cheesy, especially since the name Strike Back sounds like a bad movie title from the 70's or 80's. As I've had recent time on my hand (and me getting bombarded by the bloody commercials on the movie channels for Cinemax) I finally said, "Screw it, I'll watch the first and maybe second episodes, and if I'm disappointed then I'll cut it as a lost." I then found myself watching more of it, loving what I saw as I went on. After killing off season one, I'm really glad there is going to be a second season. 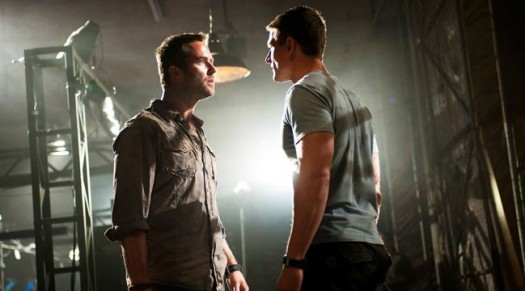 Let's start off about the two main characters. The first is Sgt. Damien Scott (above on the left played by Sullivan Stapleton), who seems to be a loose cannon. He is originally a member of the United States Military under Delta Force, and was dishonorably discharged. One of his main missions in his life is to find out who planted drugs in his barracks to get him discharged from the military. What's funny about his characteristics is that he's a nonstop sex machine. He's a lover and a fighter, in which when he isn't in the thick of fighting the good fight he's elbows deep in the women. I've lost count on how many women he's been with in the first season, so not only is he a veteran of war but he's a veteran of the sheets. With his characteristics he's not afraid to take off the bulletproof vest and go into a firefight with 50 to 1 odds. All I can say is I would want that crazy son of a bitch on my side. 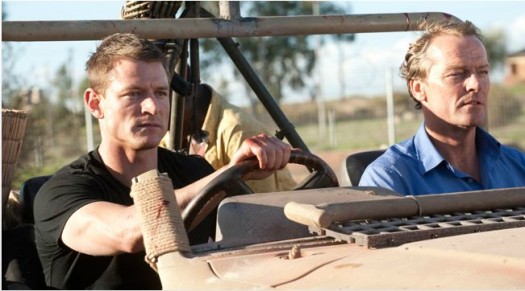 Next is Sgt. Michael Stonebridge (above on the left played by Philip Winchester), who seems to try to be a level-headed soldier, especially with a wife that he's attempting to have a baby with. He is originally a British Soldier who works under the secret group called Section 20, which seems like a group that is supposed to be under the radar. He always seems to have strategic ways to take care of the worst possible situations that he and his partner Scott end up in. Michael has another woman on the side that works on Section 20, but of course something bad happens to her and isn't seen as much of threat to his love life with his wife (though it does haunt him a bit). Michael is a complex character, but is amazing to watch in action when the bullets start flying.

The real reason these guys are running and gunning in this series is that they are taking on terrorist forces. Michael is looking for a member of their Section 20 group that was captured by the terrorist, but was unsuccessful due to the fact he got killed. However he was able to give codes that only one person would understand: Damien Scott. This gets them into a situation in a hotel where they find out that the second Iraq war was really supposed to have planted weapons of mass destruction. I will not name the person behind it because this seems too good of a show to be tossing that fact out so easily. The season goes on, and our heroes kick ass and take names against so many multiple enemies that it's a shock that neither of them have gotten killed. 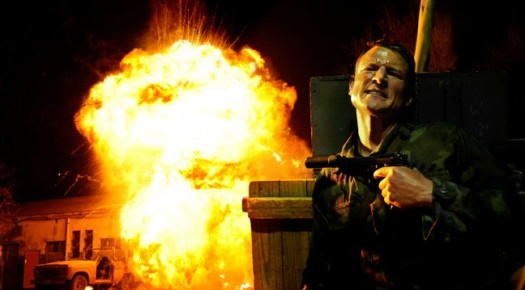 I was not expecting to fall into Strike Back, so I'll give it to them on the shock factor that it's a damn good series. I'm cautious because I have had my heart broken from these types of series. (Take for instance one of my favorite shows that was on Starz for only two seasons: Sleeper Cell.) With the way they have written this series it doesn't seem like the writers could paint themselves into a corner and end up cutting the show out. Strike Back has the potential to go even further than most of the movie channels' series currently on-air. It is a must-see in my book. Well done!

P.S.: Season Two starts August 17, 2012, so catch up before it's too late! A little of the production of Season Two to look at:

P.S.S.: Here's the awesome music intro for the show!