HomeVideo GamesMicrosoft’s E3 ’12 Briefing: The Good, The Bad, And The Wha? 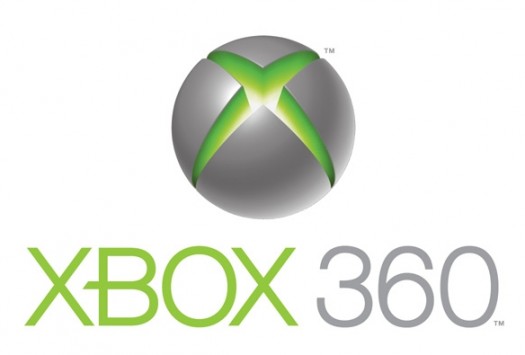 Today Microsoft unveiled many games, projects, apps, and various other paraphernalia at their E3 briefing. While there was much pomp and circumstance to be had for what was next for the Xbox 360, there were some moments in the presentation that just seemed kinda on the "meh" side of things. Here now are just some of the highlights, the lowlights, and the shoulder shrugs of the Microsoft show.

Halo 4 - Many a Microsoft fanboy have been waiting patiently for the next adventure of Master Chief, and its trailer (mixing both some impressive live-action footage with in-game moments) had many people salivating. The forest and creatures you will be gunning down -- not to mention the scary skeleton-faced robot -- all seemed like it was brought to a whole new level of detail not seen on Xbox currently. As soon as the trailer ended, with Master Chief surrounded by these freaks of nature, not a single person in the audience held in their excitement.

Splinter Cell: Blacklist - At first glance I wasn't sure which game it was, until Sam Fischer's trademark attacks came full force after bringing in an injured insurgent. The shooting, the climbing, and even the tactics shown off in this demonstration showcased what Ubisoft Toronto is capable of when it comes to bringing something new to this beloved franchise. The voice recognition used via Kinect also looked interesting, and it also brought a bit of a laugh when it came to getting a terrorist's attention.

Tomb Raider - How reboots should be done. This action-packed demo had Lara Croft shooting fiery arrows at enemies, stabbing them in the throats with knives, unleashing painful traps, rolling through the rapids, and swerving through trees on your parachute. Don't be surprised if this new Tomb Raider gets slapped with an M-rating, though, as the blood and gore factor has been jacked up for this release.

South Park: The Stick Of Truth - Tears of laughter rolled through the aisles as the video preview showcased how a proper cartoon-based video game should be made. You create your own character, and travel through the Colorado town battling underpants gnomes, Woodland Critters, crab people, and other creatures familiar to the South Park world, all with the show's trademark and often controversial humor. Creators Trey Parker and Matt Stone stole the show with their appearance, poking good fun of the briefing itself and expressing how amazed they were by Obsidian's work on making the game look exactly like the TV show.

Gears of War: Judgement - For some reason what should've been a fireworks display for this popular series instead turned out to be nothing more than one of those dumb little sparklers that you give to kids. The trailer just didn't seem to do much justice for what Epic Games wanted to show off, especially when it came to Baird's reveal. Perhaps we can blame this one on the lack of preparation. And seriously, does everyone need to use that A Perfect Circle track?!

Not enough emphasis on games - Throughout the 90-minute presentation, it felt like less than half of it was focused on what people came to E3 for: video games. Sure these apps and devices like Nike+ and SmartGlass seem cool, but to be honest most of us didn't come here to see how we can watch TV in a different way; we want to see a unique way to play our titles.

Xbox Music - We already have too many music programs, from iTunes and Spotify to Pandora and various radio station apps. We don't need another one, Microsoft!

Xbox lacks a big newcomer - It's great seeing many of our favorite game heroes and anti-heroes alike making their return to grace, but there wasn't a brand-spanking new title that was showcased that had us on our feet clamoring for it. Yes, it was cool seeing Twisted Pixel's LocoCycle and Matter (a new game from Gore Verbinski), but I was really looking forward to maybe seeing one new title with a new character that would have people turning their heads.

Fable: The Journey - We've only heard snippets about this Kinect title, but the trailer showed today brought more questions than they did answer. Is it a first-person experience? Can we conjure up different powers depending on class? Do you maneuver through it like in Rise of Nightmares or is it in a rail-shooter style? Here's hoping the convention itself will bring us everything we need to know about Lionhead Studio's latest. Hey, at least it looks better than Fable Heroes.

Forza Horizon - Yes, the game looks impressive, but we've already got too many racing games out there. And didn't we just get Forza 4 a few months back? Give us racing fans a bit of breathing room, not to mention a chance for our wallets to get a tad bigger, before dropping another game like this.

Usher's impromptu concert - I'll admit this was cool, but are we expected to believe that we are going to be able to dance like Usher in Dance Central 3, flips and all? Great presentation, but it probably won't convince gamers who have cast dancing games to the side for some real hardcore gaming.

The "acting" on stage by presenters - I was going to put this one under "The Bad," but I honestly found it funny how some of the people on stage couldn't fake excitement to save their lives. Their hearts were in it, for sure, but you can obviously tell they were reading from the teleprompter behind the floor audience. Practice makes perfect, Microsoft. Do yourselves a favor and throw in a couple more dress rehearsals for good measure next year.

What about you? Share your thoughts on the presentation below! What made your jaw drop from either excitement or yawning?

No Borders No Race: Episode Jū-Ni