HomeMoviesMaybe Not So "Funny Games"

Maybe Not So "Funny Games"

Maybe Not So "Funny Games" 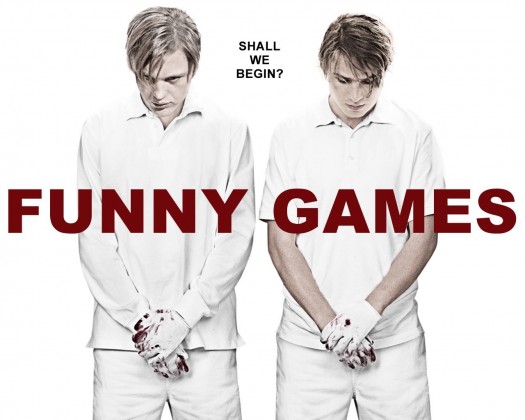 Could I possibly ask to borrow from eggs from you? Your neighbor is cooking something and needs to borrow four eggs... Okay, I'm just messing with you, but it seemed to be the premise for these two psychopathic kids that use this line to get into your house. Then play what seems to be not so funny of a game, which consists of making a bet in they say that you will not make it until 9 am. They have to prove that they will survive. The question after watching this is this: do you think you could survive their Funny Games? (WARNING: THIS REVIEW MAY CONTAIN SPOILERS!!!)

I never saw the original one, but from my understanding it's pretty much the same thing. (Of course the original movie is from Austria, and we all know how crazy they are.) So the American version starts off with the three family members: the father George (Tim Roth), the mother Ann (Naomi Watts), and their son Georgie. They're an upper class family that's going on their getaway vacation. They pull up to their neighbor's house, and see their friends out in the front yard playing with the golf clubs. They are also with two young boys that are wearing all white, and their neighbors act strange. George ask for their help so they can get their boat launched. 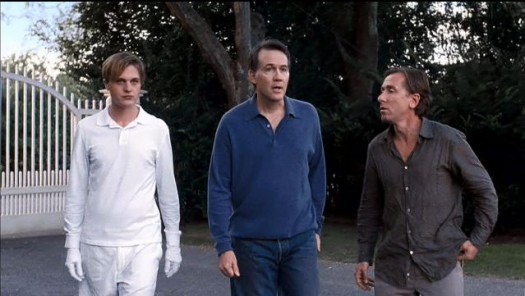 The middle guy is the neighbor, and he is acting strange with Paul (on the left played by Michael Pitt).

The story goes on to be kind of funny, in a psychotic sort of way. The main killer Paul seems to be the real wiseass of the two, and keeps calling Peter tubby. Not only that this movie has a kind of fourth-wall breaking aspect to it. When Paul is having the mother look for their dog (which he had killed with the driver), he plays the game of hot and cold with her until she finds the dog. Paul suddenly breaks the fourth wall by looking at the camera while doing this. 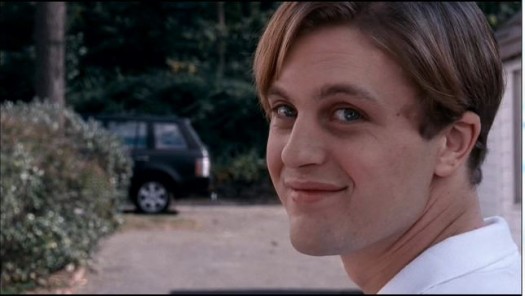 If that's not a scary smile, I don't know what is.

Of course this isn't the first horror/murder movie Pitt's been in. There is one that always comes to mind called Murder by Numbers with Sandra Bullock and Ryan Gosling. Pitt has also done the HBO series Boardwalk Empire, starring opposite Steve Buscemi. I felt that he was perfect for this role, seeing that he's a well-rounded and experienced actor. It's just sad that a lot of these movies have had to go into this independent film setup. What was surprising was that not only did Naomi Watts act in Funny Games, she also produced it. We have been seeing a lot of actors and actresses who have been around long enough to hop on the upper scale aspect of making a movie, and putting the effort into making them the best they possible can. 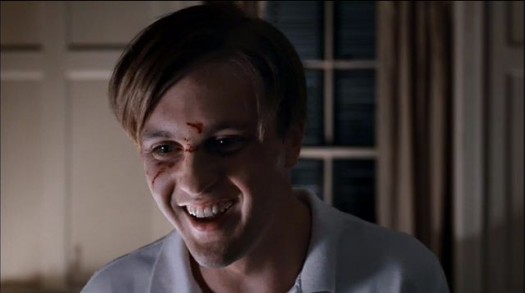 Funny Games was definitely screwed up big time. To think that these two boys were able to go from house to house committing these crimes, and without all the other neighbors knowing that these two psychos were on the loose, seems to be hard to believe. However seeing that it's more of a summer home setup I could see this happening. Next to that the really messed up thing is that Paul knows that it's a movie, and he is able to distort reality to his favor. There is one part that simply made me confused but laugh at the same time. Lets just say there is a reset button part in the movie. It is done very cleverly, and is just something you would never expect, especially dealing with a movie that breaks the fourth wall such as this movie did. Although I rate Funny Games very highly, I felt that there was still more that could've kept going for the storyline. All you really saw was what they did to this family, and not what they did to the family before. I can recommend that if you get a chance to rent it, or if you have Netflix to put it in your DVD queue.

P.S.: Here is my movie suggestion from above: Murder By Numbers.