HomeMoviesNenya Does "The Twilight Saga: Eclipse"

Nenya Does "The Twilight Saga: Eclipse"

Nenya Does "The Twilight Saga: Eclipse" 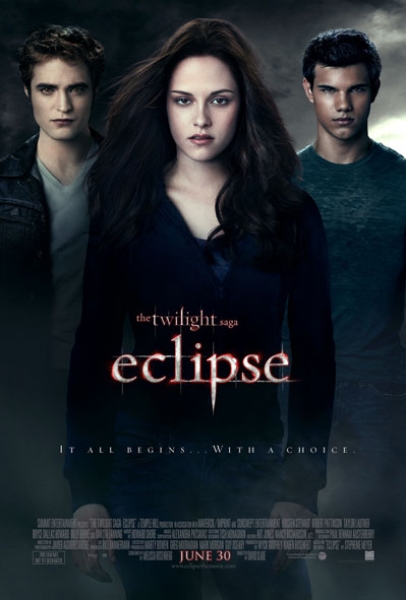 You know there's not a whole lot to do during hockey season other than watch movies. Luckily, for a girl like me, the summer is packed full of blockbuster premieres. Not every summer film is ideal for every summer moviegoer, and for my fellow Bastards, I knew that getting them to see the newest of the Twilight movies would be a next to an impossible task. So I phoned my best gal pals, left my dignity at home, and headed out to tackle what was surely to be the highest grossing film this summer.

For those of you living under a rock for the past three years, The Twilight Saga: Eclipse is the third film in the Twilight franchise. If you haven't seen the first two movies, I'd grab the first two on Netflix before dropping the cash on this movie. But for those of you who don't have the time, I'll give you the basic run down so far:

Girl meets Boy. Girl falls in love with Boy. Boy turns out to be vampire. Some other vampires come in and want to eat Girl but Boy saves her and they resume their unnecessarily angsty and obsessive relationship. Part one.

Part two: Boy decides that it's too dangerous for Girl to date a vampire so he selflessly removes himself from the picture. Girl gets depressed, meets Werewolf. Werewolf falls in love with Girl. Girl uses Werewolf to get over her depression. Boy thinks that Girl is dead so he decides to off himself a-la Romeo (sans Juliet.) Girl saves Boy, Boy and Girl reunite, Werewolf gets really pissed off and blah blah blah more angst.

Part three! Red head vampire from the first book (who is kinda sorta a really awful plot device in the second book) returns for her revenge! But this time she has an army of newborn Vampires to back her up. Meanwhile, Werewolf and Girl are rekindling their friendship and Girl is convincing Boy to turn her in to a Vampire, because, well, let's be honest: Cougars + Young Boys are only sexy within certain limits. More angst ensues! And some fighting! Obviously the Werewolves and the Vampires work together to save the day, only to be ripped apart when Girl not only agrees to marry Boy, but also kisses Werewolf and confesses her love for the two. Werewolf storms off and Girl only feels slightly bad for needlessly leading him on and shattering his heart in to a thousand tiny pieces. Sorry honey, but you can't have your cake and eat it too.

All right, so I might have glossed over a few minor details, but the fact of the matter is that when you compare Eclipse to the first two Twilight movies this film blows the first two out of the water. Screenwriter Melissa Rosenberg has slowly been hacking away at the tangled and whiny narrative that is Stephanie Meyer's Twilight books and has finally managed a breakthrough in Eclipse. Despite the complete glossing over of Meyer's version of Werewolf culture, Rosenberg has managed to craft a story that adequately represents each of its main characters while at the same time delving deeper in to minor characters such as Jasper and Rosalie.

Director David Slade, who was new to the Twilight franchise, came in to this project with a vampire film already beneath his belt (30 Days of Night), and connections to the band Muse (having previously directed four of the band's music videos in the early 2000's.) It's in this writer's opinion that Slade breathed a second life into the film franchise. The fight scenes were just enough to drive the tweenies wild without grossing them out, but violent enough that when you see a werewolf sink its teeth in to a newborn vampire for the first time you find yourself pumping your fist and hissing: "Yesss!!" Although I will have to say I do feel like they took that whole vampires being hard as stone metaphor a little too far. Flashback scenes feel artsy and cool, and Jasper's southern drawl would make any girl want to don a hoop skirt and whip up a batch of sweet tea. Jacob and Edward are just the right amount of testosterone, and Bella's grown in to a confident, sexy young woman.

Like every Twilight film, this one has a happy ending that gets ruined as soon as all the characters remember: "Oh, right, this is supposed to be a painful love triangle story," and thus the film is to be continued. For those of you who haven't read the books, I won't give you any spoilers. However I will say that it's going to be a doozie of a conclusion.

And oh, in case any of you were wondering... 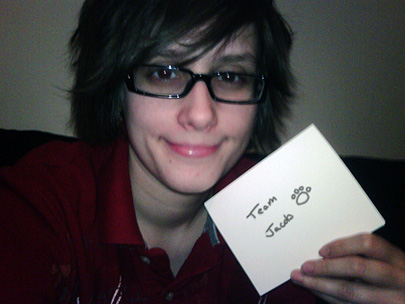 "Highschool of the Dead"...

Episode LVI: The Night After The K...