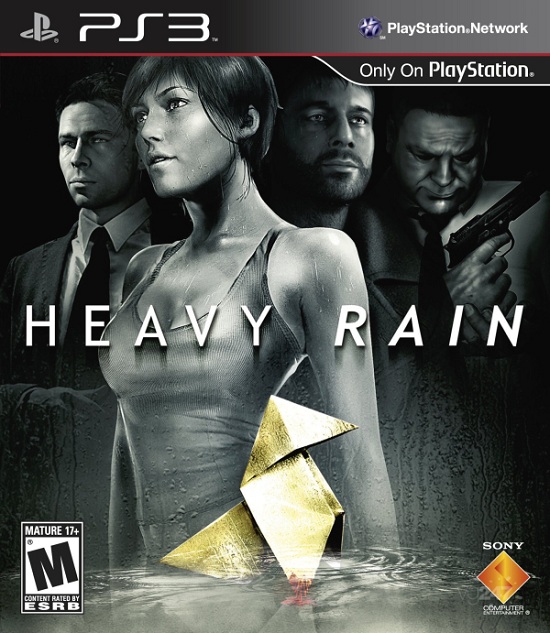 When word first came out about Heavy Rain I was intrigued by its cinematic approach to video gaming. Its attempt at creating a Robert Zemeckis-like appearance with a much darker tone had me wanting to get a PS3 just to play this game. With my hands finally grasping on this game I walked away from this game almost fulfilled. Almost...

Developed by Quantic Dream Heavy Rain is an interactive drama that lets players control four different characters all connected to the disappearance of a missing child and the Origami Killer that kidnapped him. The father of the child, Ethan Mars, is the main suspect, but must conduct various tasks in order to find his missing son; ranging from cutting his own finger off to maneuvering through an electric fence). He befriends Madison Paige, a journalist covering a story about the Origami Killer, who lends a helping hand and a loving heart to the distraught father. Meanwhile two men on two different paths of the law are out to find the Origami Killer himself before time runs out: FBI profiler Norman Jayden and private detective Scott Shelby. Will the killer and the missing boy be found, or will the Origami Killer walk away while the young boy drowns in heavy rain? 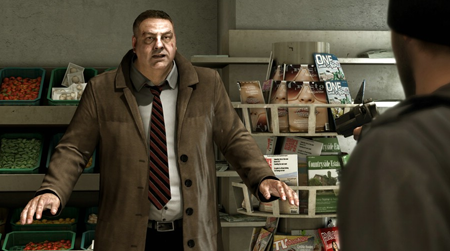 The gameplay is a pick-and-choose sort of setup, where every movement has a consequence that follows. The player must bash buttons, move in the right direction and choose their fate in order to move the game along. While the gameplay is there and intact I couldn't help but be frustrated at some of the multi-tasking you had to partake in order to get something done. There were moments where you had to push five or six buttons at the same time in order to complete a task (i.e. tying a tie, evading a psychotic drug dealer). On top of that it only gave you a couple seconds to react, which made it more hard to enjoy Heavy Rain full and through. 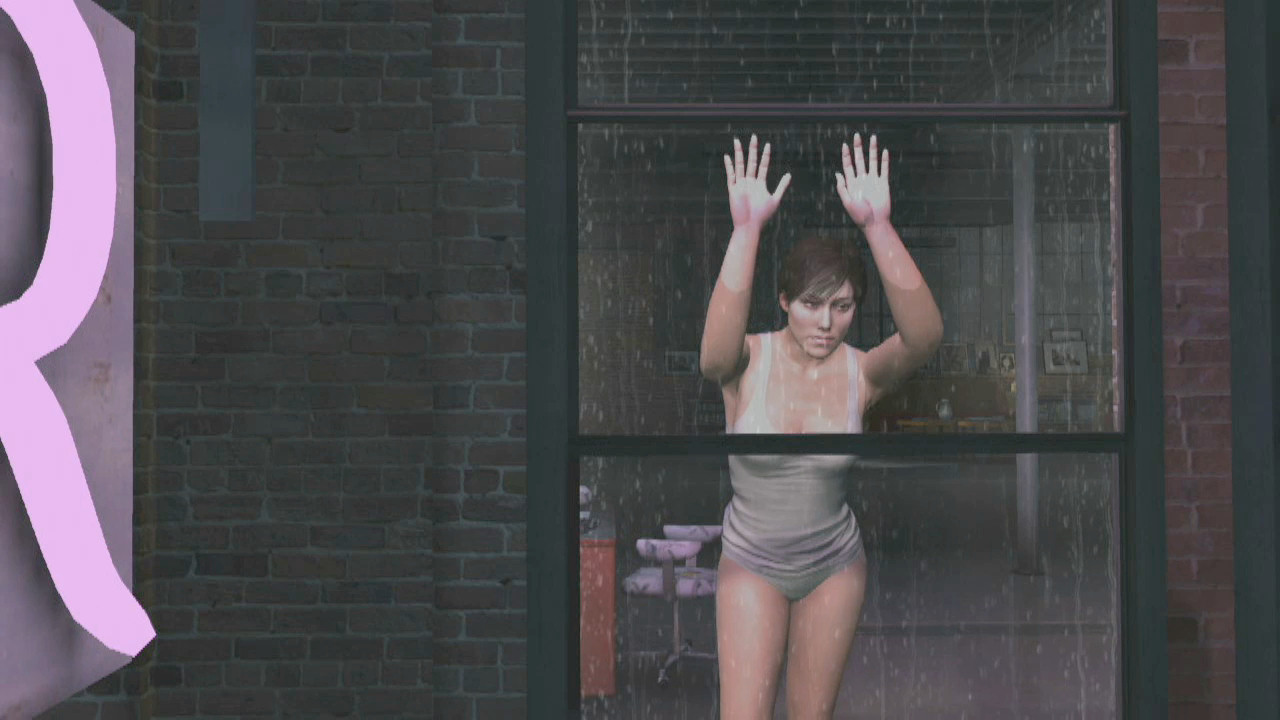 Heavy Rain features some of the best graphics on the PS3. There are times where the scenes and characters seem to be taken from some of the most recent films, sometimes as crisp as Beowulf and the recent A Christmas Carol. Even the clothing is finely detailed, and via closer inspection you can even see the texture of the fabrics. Granted there were a couple areas where the framerate would slow down a bit, but for the most part the ebb and flow of the game was nearly perfect. When it comes to the actual presentation of the game, though, one thing kept bugging me: the text size. For some reason I had issue trying to read the tiny text on the screen (like in the Options menu and during player conversations). This led my character to take more bad decisions than good, even though I was trying my hardest to make it the latter.

The voice acting from the game is superb, and the acting from British stars Pascal Langdale and Jacqui Ainsley is just as good as some of the recent Academy Award-winning films. In fact I didn't even know these people were British until I IMDBed them; that's how convincing they were. Normand Corbeli's original score helps set the mood for every scene, with a wonderful string section that creates more tension to the most intense moments in Heavy Rain. (When you get to the underwater car park you'll know what I mean.) 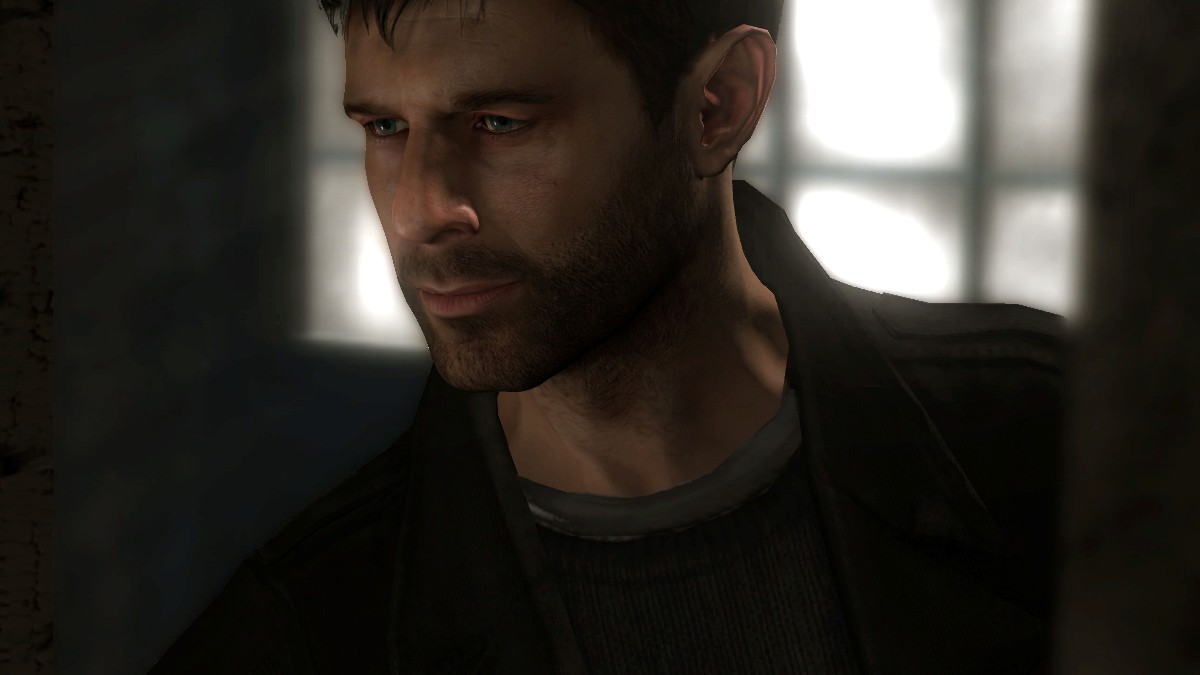 The storyline is one of the best in recent gaming history, and what makes Heavy Rain high in the replay value is that you can go back and find new clues and retry new scenes. Say one of your characters dies. Because of his or her untimely death the game's storyline will change to accommodate this turn of events. Now when you finish the game the turn of events that happened will affect how the story ends. Now if you go back and replay the game, and the character that dies winds up living the next time around the ending of the story will be resoundingly different. This will give you weeks -- maybe even months -- of gameplay on Heavy Rain.

Heavy Rain is one of the best games PS3 owners can get their fingers on. Its vivid storyline and multiple consequences to actions make this an interactive experience that many gamers and film fanatics can enjoy. Unfortunately its control scheme takes away the perfection that could've been reached in Heavy Rain. Still: I'd like to see Hollywood try their hands on Interactive Film. Now that would be a treat.

Episode LIII: Brokedick The Last A...