HomeMusic"Strict Joy" Nothing Short of Swell 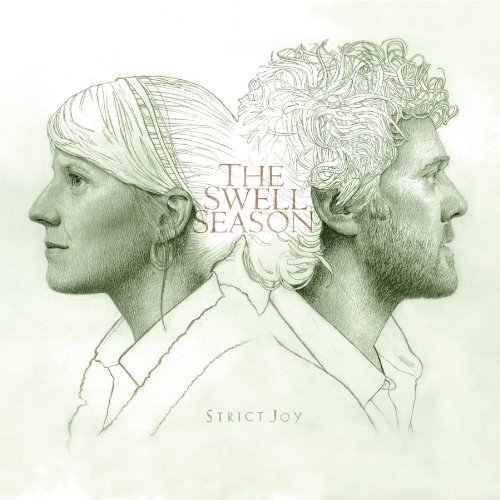 About three years ago a small Irish indie film called Once made waves across the world with its wonderful music and vibrant characters. The two lead roles (named in the film Guy and Girl) were played by the Frames’ Glen Hansard and Markéta Irglová respectively; better known as the duo The Swell Season.  Hansard and Irglová both wound up winning an Oscar for the song “Falling Slowly,” one of the best songs of the last decade.  Last year the duo returned with the new album Strict Joy, walking in familiar grounds and drawing listeners in once again.

It is almost impossible to not be hypnotized by the opening track “Low Rising.” Hansard’s strong vocals and soft, weeping guitar playing -- not to mention the E Street-like horn section by Stephen Bernstein and Clark Gayton -- plays like a Ferris wheel ride at sunset; it’s fun, relaxing and surreal. “In These Arms” is a wonderful lullaby of a track, and would work wonders with soothing a crying infant. On top of that, it’d make a nice song to slow dance to under a starry sky. Irglová finally gets her turn at singing front and center here with “Fantasy Man,” and though the meaning of what a fantasy man is quite clear the song does have its multiple meanings for multiple peoples. “High Horses,” though quite reminiscent of Neko Case’s recent work, comes off as one of the album’s strong points; especially with its crescendo of an ending.

“I Have Loved You Wrong,” another track that puts Irglová in the limelight, showcases the singer/pianist at her best. The song deals with loneliness, and a love that could’ve been. To those who have been in this situation it speaks at the highest of volumes. Nearly casting a shadow over that song is the album’s closer “Back Broke,” which speaks about sticking together during the toughest of times; a theme that’s close to home to those living in Ireland, as well as in present-day America. Other tracks like “Love That Conquers” and “The Verb” also display the past and present feelings of adoration, friendship and the things that sometimes come between the two. Of course Strict Joy does come with a small flaw:  “Feeling the Pull.”  Though a nice track, it may make people think of something from Billy Joel’s Piano Man album. Then again that was Joel’s masterpiece, so this could be read as quite the compliment.

The Swell Season may be one of the best duos to come out of the woodwork in a long time, and may stand well with the likes of Simon & Garfunkel and Mark Lanegan & Isobel Campbell. If Hansard and Irglová continue making albums like this, they will reach the top of the folk genre in no time at all.

Episode XLIX: When Life Throws You...

It's The Final Countdown! The...