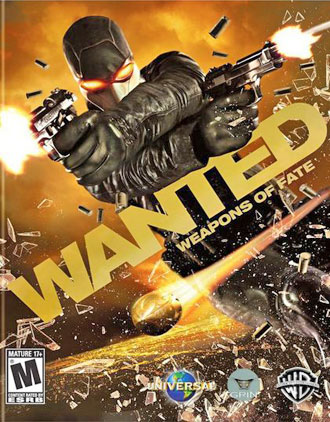 Yes, Wanted: Weapons of Fate. An awesome game, and I do have one question for you:

WHAT THE FUCK HAVE YOU DONE LATELY?!!!!

I love that line! Well if you loved the movie, here is the game. I know this game came out in 2009, but I'm glad I waited to get it with the price it had. This game is awesome, but from other reviews that I have looked at, they said the game was absolute crap. Well I do have to say "Screw you!" on that one. This game is fucking awesome, and I like it a lot. The setup on it made me feel like I was actually in on the follow-up of the movie. If your wondering why I waited to buy the game now, it's because I felt like it was going to be another Bourne Conspiracy game. Don't get me wrong, I liked the Bourne game, but they kind of fucked up in the sense of it being too damn short. Also it followed for the most part into The Bourne Identity, and about halfway through The Bourne Supremacy. With the Wanted game it gave me more incentive to look forward to the Wanted sequel that will be coming out (supposedly in 2011). 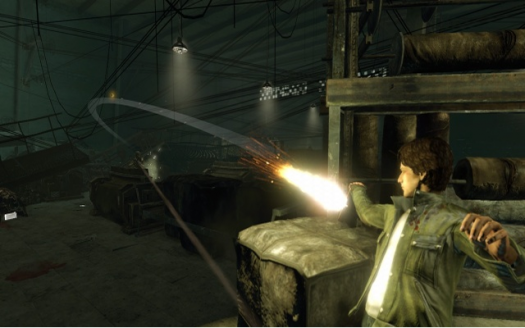 In this game there are a couple of the voice actors who are actually from the movie, but some that were in the movie weren't in the game. The main character Wesley Gibson was played by James McAvoy in the movie, but in the game it has Jimmi Simpson. Jimmi Simpson has been in a lot of movies, and the thing about this it's actually a good choice that they made; because with James McAvoy not taking on the part of video game, it seems that it would be hard to fill the spot. Yet bringing in Jimmi had the same effect as how McAvoy would of put the spin on it. The one that came back that I thought wouldn't for the part of Cross was Thomas Kretchmann, another great actor I should say. He's usually playing a Nazi, but besides that point, he's just an all-around great actor. It just sucks that the storyline has him dead in the movie and the game, yet in the game you go back to the past to play the father. It's messed up, especially the part where you have to take out the enemies while watching the mother of Wesley run around with the child. It just puts it into perspective about the idea of fate of characters, especially when your trying to save the main character's life when he's just a baby.

One of the characters that really stands out is the Immortal. He's a character of the French fraternity that is trying to kill Wesley, because Wesley is an abomination of what the fraternity stands for. The voice actor for this is another favorite of mine: the Russian grim reaper of Bad Boys 2, Peter Stormare. Adding him to the mix was awesome, and I hope there is a way to possibly put him in the new movie. I can see him really making a badass character to either play the immortal or be a bad guy in the movie. The great thing about him is you can have him play a good guy or a bad guy, since he played the Devil in Constantine. One thing that got on my nerves was the fact that Morgan Freeman didn't do the voice of Sloan, or at least it might not be him. (IMDB doesn't have it marked in for Weapons of Fate.) Whoever did the voice for Sloan, though, did a real good job. 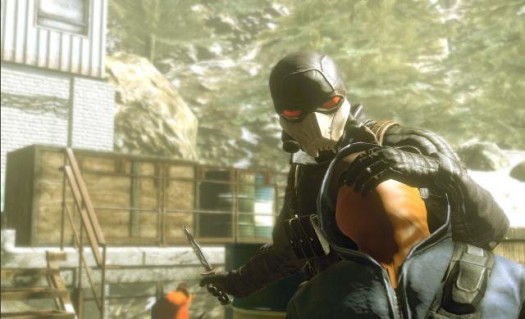 So to move on with the game play, I felt that this game had awesome setup, but I did feel that they had a repetitiveness of killing the same enemies over and over again; even with different setups, such as certain characters like the knife guys that would run up screaming. These guys were annoying, and they had two versions of them: one was just running up and trying to stab you, and the other was running up; and if you shot at him he was able to do this weird little shimmy, and make you miss after you shot at him. Then they had guys that were tougher who could take a lot more rounds. The one thing that I was glad that the enemies used was the Corner shot, which is a weapon that is used in the movie by Fox (Angelina Jolie). 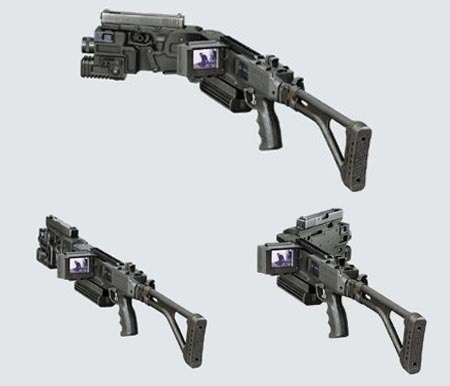 Now with this the set up for other enemies could be a bit annoying, but there were people that had the setup that were easy to kill by bending bullets. I  had a lot -- and I do mean a lot -- of fun with the bullet-bending. The setup they had for doing this was you had to kill a guy in order to gain the setup to bend the bullets. That and when you were able to use Cross weapons in the game, you needed two of the kills marked by the bullets in the top corner of the screen. With this you would use it, and it would fire multiple rounds in the bullet curve time mode, and be more like an explosion when it hit. That was what I used to take out the harder-to-kill guys for the most part, because they were the ones I used a lot of ammo for the regular pistol on. If you play this game, get used to using the pistol, as you can't pick up the weapons of the guys you kill, which pissed me off the most. I wouldn't have mind to used the Mp5's, corner shots, and other things. But I guess that would've taken away from the bullet-bending; yet in the movie, when you got Wesley running down the hallway laying waste to all the people of the faternity, it's like he used a shitload of different weapons then. But I guess that they didn't want to put too much of that into a game, as it also didn't have a multiplayer setup. 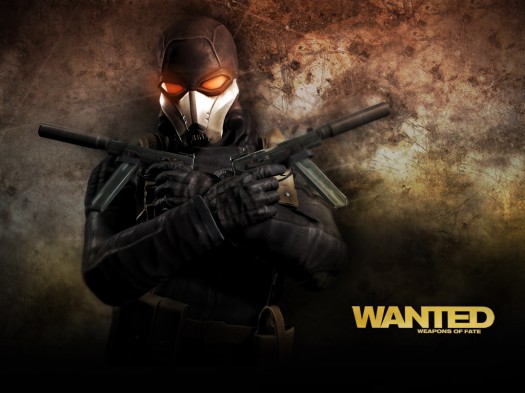 So for Wanted: Weapons of Fate I give it two thumbs up, but as you read I still had a couple of issues with it (but not too many). If you got another couple extra bucks laying around, you can probably go and find it cheap somewhere to buy like I did for maybe under 15 bucks. 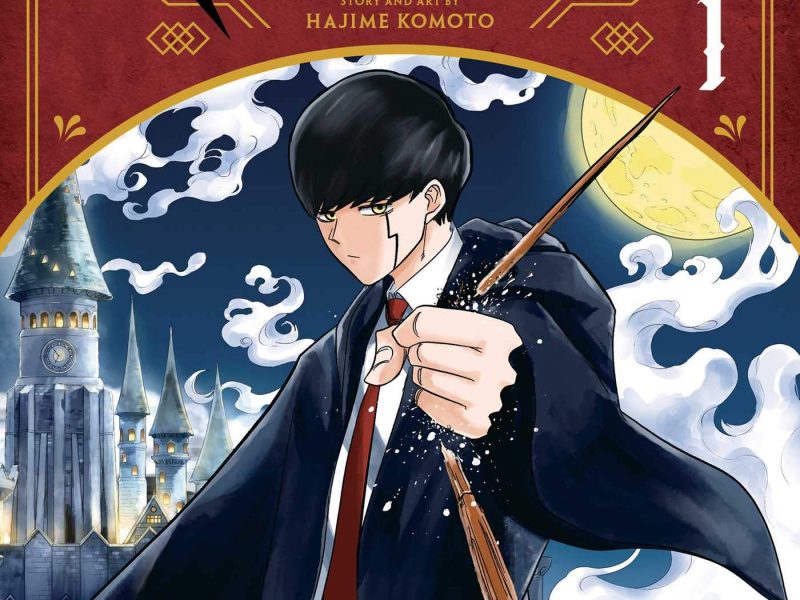