Kicking Arse and Killing "Many Robots"!

Kicking Arse and Killing "Many Robots"!

Ah yes, I love shooting many robots so much I just had to download the Android version of Shoot Many Robots. No, it's not just because I'm the only one in B3 that owns an Android phone; it's because this game is really that fun!

With the new phone setup the guys at Demiurge Studios turned the original bouncing side-scrolling game in a level to a full-on endless runner, with three separate paths with every kind of robot big and small. These bots range from little robots that don't seem to harmless until you run into it to ones with chainsaws, lasers, or machines guns shooting at you. It's everything you can imagine to be wrong with robots that want to kill you. Demiurge Studios did this setup because they knew it would have been harder to control the original Shoot Many Robots on an Android phone. Here they have the running setup so you can select which path is best for you, along with jumping and avoiding or shooting robots that will end your characters life in a heartbeat. 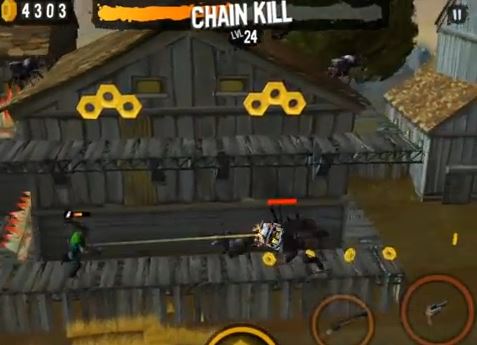 Seeing that I'm "special" I discovered there is a bit of a learning curve due to the multitasking that takes place while playing Shoot Many Robots. You've got to look ahead of what your character is running towards and figure out if you can take on the robot with your pistol. However you can obtain a stronger weapon from the crates that are in the runner's path. What is in the case usually is a shotgun, but if you go to the main page of the game there are selections for crate weapons such as sub-machine gun, M16, sawed-off shotgun, sniper rifle, Little Piggy (oddly enough the name of my dog, but here a LMG), rocket launcher, and much much more. You really have to play and go up through the ranks to see these guns, though. With the crate weapons you can buy the amount of how many weapons crates that will appear in the level. 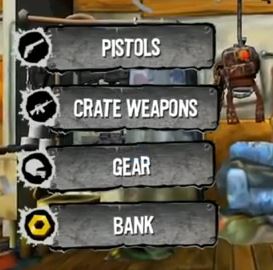 The other thing that is interesting they added on here is Gear. For example in the video above you see the character wearing a space helmet, giving him the capability of jumping over awnings to avoid large robots. They have multiple helmets for different applications, from doing a ground & pound attack to a helmet that acts like a magnet to obtain more of the golden nuts. One of the main things you've got to remember when you pay in for these helmets is that they are on a 24-hour basis. Ergo once you put it on your character you've got until the next day to use them, so choose wisely. 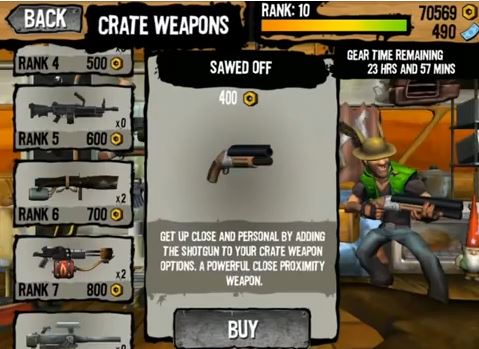 Another part of the game is your main pistol weapon. They have three kinds, but you start off with a lower-end revolver. You can upgrade later to a better one called the Knock Back, and the revolver that resembles Dirty Harry's .357. In order to get these you've got to keep playing. Once you learn how to play the game and start ranking up fast, then you can obtain the stronger equipment to kill the robots a hell of a lot faster. 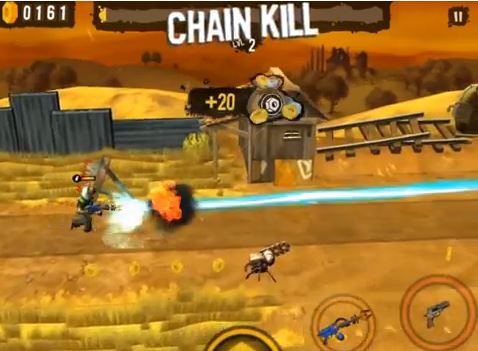 The difficulty does increase as you go along in Shoot Many Robots. The character starts to run faster, and the surroundings start getting more treacherous. When I say "treacherous," I mean there are explosives, spikes, and other type objects in the way that will either end the path or push you to the other path which could lead you into a holy fustercluck. 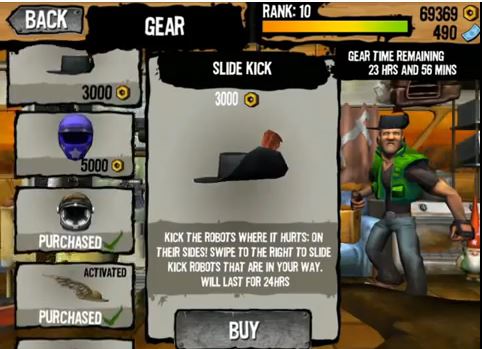 With everything said, Shoot Many Robots was one of my Easter Eggs of PAX East 2013. They were able to come with us and chill out by the press room, and show us the game on the Android tablets they had so we could get a feel for this game. Not only that, they also said this game is free-to-play on Google Play Store. Now you're probably wondering if it will ever be for iOS. As of this writing they are putting the finishing touches for the iPhone/iPad versions. I'm not exactly sure when it will be out on those platforms, so keep your eyes peeled.

Shoot Many Robots really is that awesome to play, especially when there is nothing to do but kill some time, and believe me I recently had to kill sometime for a whole day (along with its best friend Netflix).

A video will be up shortly of our meeting with the guys from Demiurge Studios. 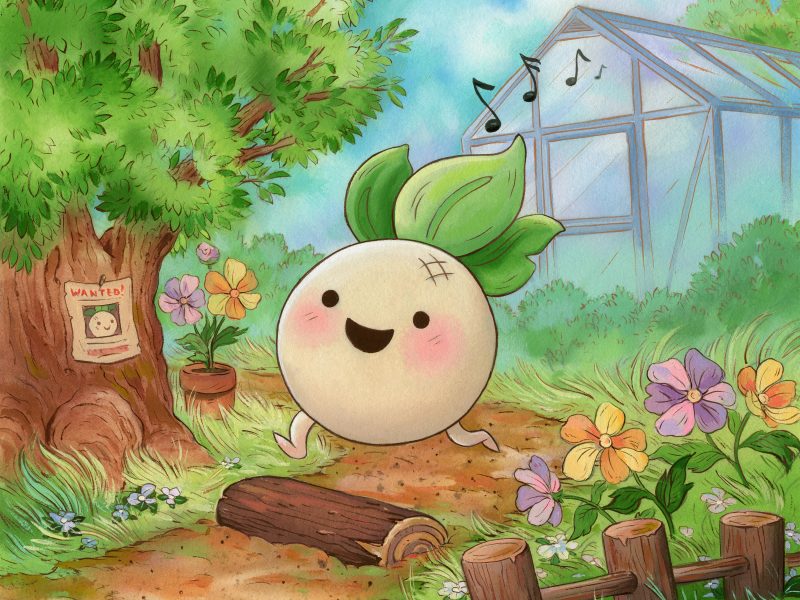 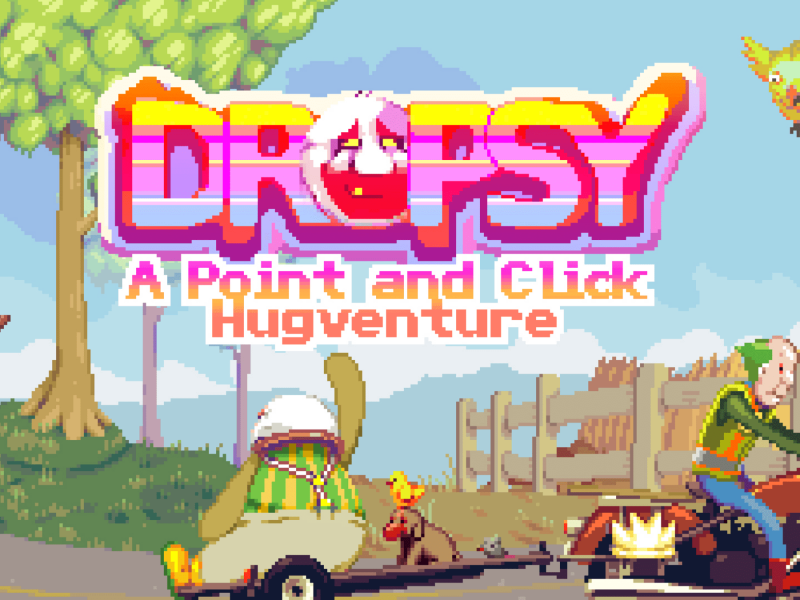 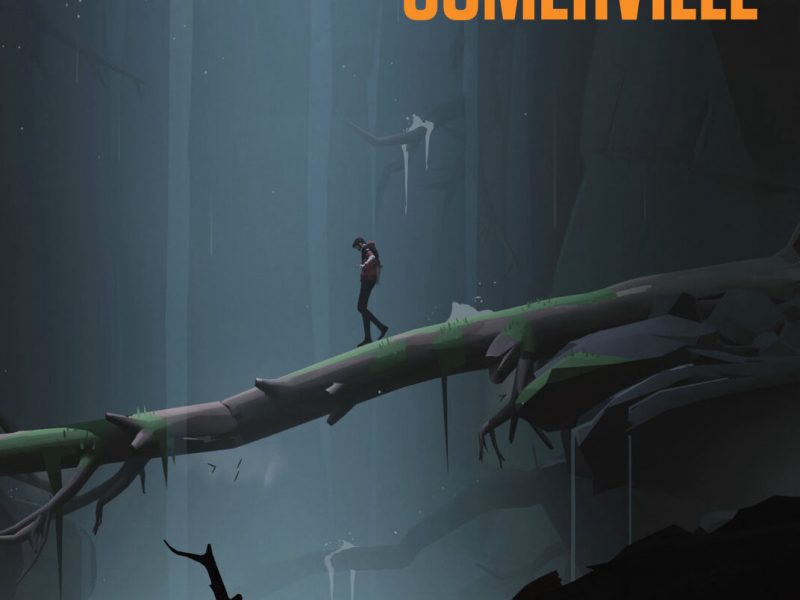