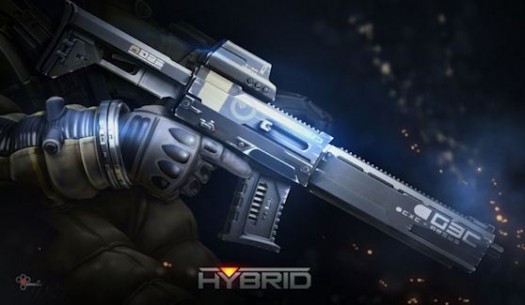 NO!!! This game isn't about racing your damn Toyota Prius hybrid around on a track. This is a close-quarters battle in a post-apocalyptic world. Hybrid is an Xbox Live Arcade exclusive, so if you don't have a Xbox 360, you are S.O.L.!

After checking out the video, I do have to disagree with one thing: it's not an FPS really. Hybrid is a third-person shooter that is able to go and look down the sights of some guns (sort of like Ghost Recon: Future Soldier and Gears of War). The look to it resembles something from Halo 3 and Section 8. The movement is definitely unique in its own way. This isn't the usual game, kiddies, where you run around like a bunch of A-holes playing a game of grab-ass! This one has it so you're jump-jetting (or as I like to call "rocketeering") from cover to cover while taking out enemies and their drones. Yes, I said it: they have these little drones that are pretty interesting, as they can help with taking on the enemy. 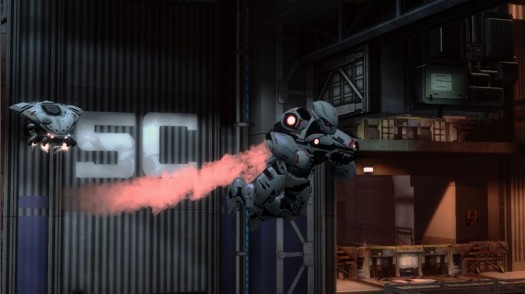 For the plot there is only one thing, and it's about the concept of these alien-type bastards that came down and killed off a lot of Earth's people The two factions that you are dealing with here are the Paladin and the Variant. Paladin seems like the human race with advanced armor and weapons. The Variant are the alien invaders trying to take over, but they almost look the same. They just have the white armor and equal-type guns to the faction. Hybrid's setup has you deal with getting into a fight by looking at a world map containing almost all the continents. Once you click on a specific one, it splits up to show where the wars are going on. This can be compared to the board game Risk, where it's just not about rolling dice but getting in there, trying to win that war, and grabbing another piece of land for the faction your fighting under. 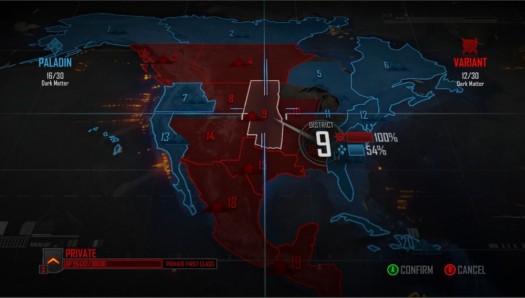 The setup for the player is not to run around; rather they are suppose to use the jump jets to get from barrier to barrier. You can almost fly around the whole map without landing in the barriers, but you have to keep selecting them to keep flying (which can take your eyes off the enemy long enough to get killed). Another thing is when you're at a cover, you don't really want to stay there too long or your will be picked off by snipers. The game is very fast-paced, and if you do not have the capabilities of concentrating and knowing your surroundings well enough you most likely will be killed faster then you can blink your eyes. The design of it could be used in a team-based effort, but only if you can get your friends or the other people in the map to work with you. The tactical aspect of Hybrid is you can keep the guys busy while one of the other ones flank the enemy to get the kill. This means you have to push the extra effort of putting on your headset, getting out of your little shell, and talking to people! (Oh, who are we kidding, most people just put everyone on mute and don't care!) 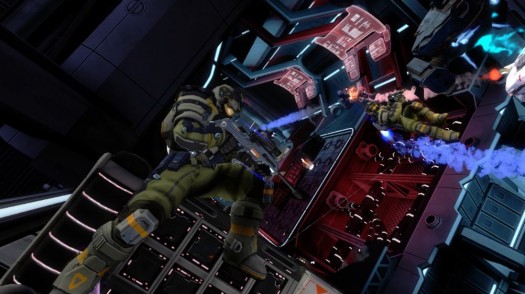 The weapons setup you get is pretty basic. You deal with the assault rifle, sub-machine gun, pistol, light machine gun, shotgun, sniper rifle, etc. To go into the drones a bit more there are a stalker, a war bringer, and a preyon. The stalker basically does what it says: it sits by your side, ducks into the cover with you, and provides cover fire when you get out of cover . The war bringer is a big drone that will fly towards the enemy you are shooting at and will either provide cover fire while going to the target or draw fire on the enemy so you can flank them. The last bot you get is a Preyon. This sucker is like a Tomahawk missile that's really a small Gundam with a Hattori Hanzo sword attached to it. This sucker sounds like a banshee, and if you're lucky you'll be able to shoot it out of the sky. If not you get sliced in two like a little bitch. Obtaining this one is like a guaranteed insta-kill. 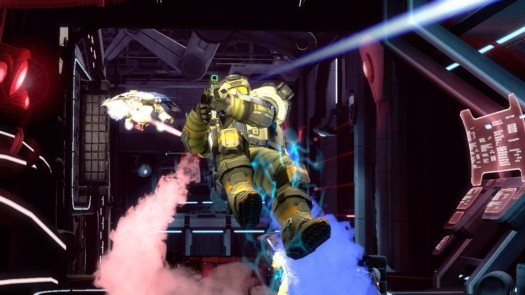 The only thing Hybrid is lacking is more of a story behind it, but with our generation as is they don't really care anymore for a story. Their concept is to give them a bit of a background and then let's run around killing one another in a online multiplayer game so they can kill other people from far off places, piss them off, and not have to worry about them coming to my front door and kicking my ass. However with this game it has its unique properties where the movements are covered base, which means you should brush up on tactics to make yourself a better fighter. All in all, if you're liking a game that is in a futuristic sense and you don't mind jump jets and cover-to-cover base movement then Hybrid is for you.

Episode CLII: Is That A Parcel In...