Rev Up Your Engines! It's Gonna Be A "Hydro Thunder: Hurricane"!

Posted 10 years ago by blueonic

Holy crap, it's Hydro Thunder! Oh how I missed you. I remember all the days of sitting in the arcade tossing quarter after quarter into your machine. Along with jumping from that machine to it's brother game Rush, I was always feeding my need for speed and awesome racing. This is a game that doesn't bring back memories for everyone, but it sure gets me to say "Back in the day..." I'm sure glad that this game has come back, although it might be only available as a download. 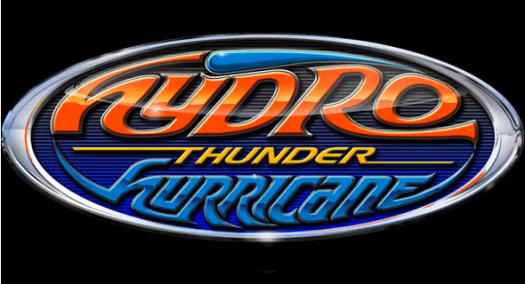 I believe that's where the gaming companies are going now, though, where they don't have to deal with selling the plastic at the stores; where they will market more things online so that you can download the games and save it right on to the massive hard drives. Talk about space-saving, seeing as I got all my games crammed on the shelf dominating one another or collecting dust. Well anyways, back to this bad-ass game called Hydro Thunder: Hurricane. They have done this franchise right. The graphics are absolutely beautiful, and the gameplay is as realistic as it gets when your dealing with water and rocket powered boats.

The gameplay is the way it should be, with a setup where you have four ways to race. First is just good old-fashion race style that was in the original game. They have you start all the way back in 16th place, but that's what makes it interesting: when you start playing the game it's starts getting pretty easy to win. Yet once you go from Novice to Pro (and last, but not least, Expert) it does get difficult.  Now if you're not familiar with the courses, you should learn to explore the game in order to find shortcuts in order to reach first place or have a faster time in these main races.

Next in line for the races is the Ring Races, which can be fun but also a fucking pain in the ass. It's one of those setups where you got to get your boat to go through all the rings in order to obtain the boost; so when your vehicle misses this ring you lose out on your boost, killing your time 'cause you'll need to get the next ring in order to reactivate the boost mode. When you're in Novice mode it's usually simple to keep your boat up to a high speed while going through all the rings. Once you move up to the next difficulty, however, it keeps you on your toes. They incorporated a boost jump for the boats so they can reach up to get rings or jump over objects to find shortcuts. (I suggest if you're having a hard time playing the main races and you can't find all the shortcuts, the ring racing is one of the main ones that will force you to go through said shortcuts to kick more ass in the game and the multiplayer.) 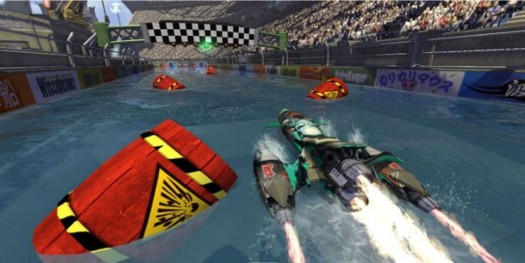 The third mode out of the four is the gauntlet, and this is one hell of a way to play. You have to go through the races as fast as you can while worrying about your boat being blown to smithereens. Yes, if I forgot to mention, you can seriously fuck up you boat by smashing in to walls the wrong way or hitting these red barrels of death. If you explode, don't worry; on your controller adjacent from the start button on your XBOX controller is something called a back button, which will reset you and get you back into the race. I'm not saying it will get you ahead of anyone when you reset, but if you boat has blown up a couple times, I would suggest to restart the race. Another beauty about this game is that if you're really messing up in the middle of the race you can just restart the race from the in-game menu. (I used this a lot because I usually hit the water the wrong way and can't get the boat back on the water.) 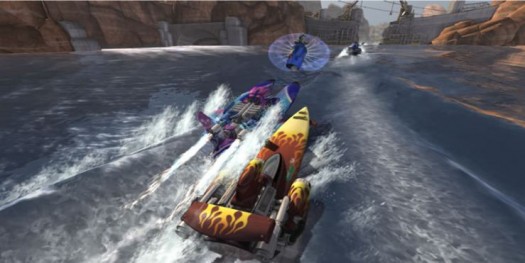 The fourth part of the main game deals with the Championship racing part, where you can earn more points by doing the tournament setups with the race, rings, and gauntlet games; so try to get damn good before you go for the championship games, otherwise I guarantee frustration of the highest degree (and I do mean spiking the controller down, cussing, running outside to find your next door neighbors dog to kick it, and many other bad things that might get you arrested). (The picture above is one of the boost canisters, which  are either blue or red with fire wrapped around it. The one that's red will get you more boost by about four times the amount of what you have obtained.) 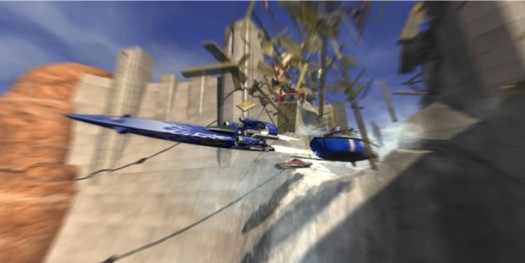 One annoying aspect of the game is that at times there are other boats that are there to cause you to slow down. They comes in many ways on different levels, such as a lifeguard boat, viking boats, PT boats, helicopters, planes (that drop bombs in the water), water monsters and many other things to fuck up your capabilities to race faster. (See picture above for an example.)

If you're able to beat the main game with no sweat, you'll almost be like a golden god when you go onto the online mode. Some of the people that usually buy games are dumb fucking idiots that never play the main game. They do not pass go, they do not collect 200 dollars, straight to jail; they just do multiplayer. Yeah, great fine and dandy, you're able to get a head start on the online part. But if you don't go for the main part, which teaches you a lot about how to play the game, you won't feel superior to all the others when they play online; especially with someone like myself controlling this game. (Warning: I kick some serious ass, and I got the points & trophies to prove it. It got to the point where some of the people on the game weren't even challenging me. I was kicking ass with novice boats against someone who was in an expert boat.)

So please, please, please I  beg of you to try the main game in Hydro Thunder: Hurricane before you cannonball into the multiplayer with a blindfold on. Along with that they finally did the multiplayer right, so if you win on the races you can obtain trophies for the races and points toward the in-games. I don't know how many times I have played a game that doesn't take the points  you earn and put them back on the in-game that you've been working on. Along with that they did the setup like Halo, where you can have four friends playing on your XBOX at a time. (Advice: make sure you have a big enough TV.) While your friends are on at the same time under your name they will be able to race other people online with you. I was blown away by that because I find myself having to pass the controller around lately on multiplayer online games because they didn't incorporate that into the game. Otherwise they are just greedy bastards and want people to sign up onto XBOX Live so then you can have multiple people play on one TV, which really isn't worth it.

(Please watch this video to see the awesome graphics)

First off  you must really be into racing games to get into this game. Always look for a demo or trial of a game before you lay down the points. This XBOX downloadable game is 1200 points, which I feel is a good price; but if you want to get people to buy more of these games, drop the price down to 800 points instead (that is until the game has a full backing on it). Another suggestion I might as well add is kind of a little cheat in a way: to get a tiny bit of boost in the start of race, during the countdown timer, don't hold down the gas until you see the 1 when it's about to fade out. This will pop your boat into the boost mode and get you going faster till you find the next boost canister. It's a good idea to conserve the boost canister as much as possible if you're not good with finding all the points.

All in all this is a sweet-ass game. I give Hydro Thunder: Hurricane two thumbs way the fuck up in my book, and it's definitely a game that has a moderate to repeat offending for playing this game over and over again.

P.S.: There is a fucking rubber ducky in the Goddamn online multiplayer mode with a fun Red VS Blue style of racing with them. And yes, I beat people's asses with that all the fucking time! Wahoo!!! (Sorry, can't find a picture of it to show you. Go play the game to see it!!!)